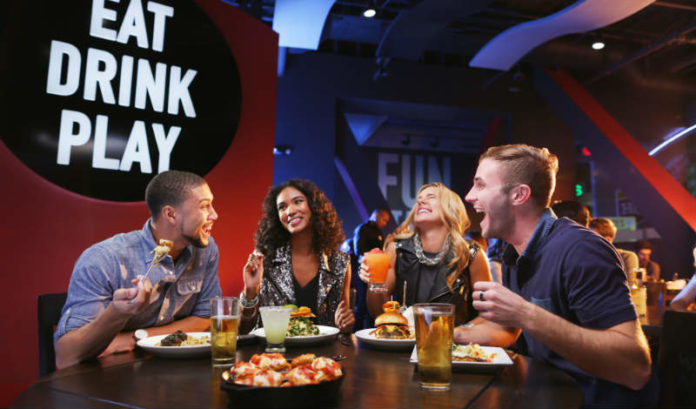 Dave & Buster’s — which has famously figured out how to make bars even more fun — opened its second New Jersey location last month. The 48,000-square-foot facility in the Willowbrook Mall in Wayne has 550 restaurant and bar seats, a billiards area and more than 165 modern arcade games. The chain’s first location in the state — 34,000 square feet in the Woodbridge Center Mall — opened in November.

In other words, the sports bar-restaurant-arcade model works in this state and elsewhere. And the company manages to operate its fun venues without tearing the moral fabric of our nation and state or creating legions of Skee-Ball addicts lured into a downward spiral by the proximity of alcohol to their favorite arcade game.

You see, it took an act of the Legislature and former Gov. Chris Christie’s signature before Dave & Buster’s could legally operate in New Jersey. The state has a 58-year-old law that prohibits the dangerous combination of alcohol and amusement games that reward players with tickets or prizes. The law signed by Christie in November 2015 makes an exception for liquor-license holders that operate facilities of at least 20,000 square feet with more than 100 amusement games. Which happens to fit Dave & Buster’s business model perfectly.

Unfortunately, New Jersey isn’t the only state with similar restrictions. Dave & Buster’s has fought this battle all over the country in one form or another. The company is currently seeking a change in an Iowa law that limits the size of prizes that can be offered for winning arcade games.

Meanwhile, the company has managed to open more than 100 locations in the nation since it was founded in 1982. And, interestingly, places like Dave & Buster’s are now becoming sought-after tenants in struggling malls dealing with the decline in brick-and-mortar retail.

The company opened 14 new locations in 2017, seven of them in shopping malls, and has signed leases for another 29 locations, according to a CNBC report in February. Turns out that people really like to eat, drink, watch sports and play amusement games — all at the same time. The question is, why would government ever have thought it necessary to stop them?

Somewhere in there is the next Dave & Buster’s struggling to figure out a way around foolish, unnecessary and costly regulation.

Millennials and AI: Not always perfect together