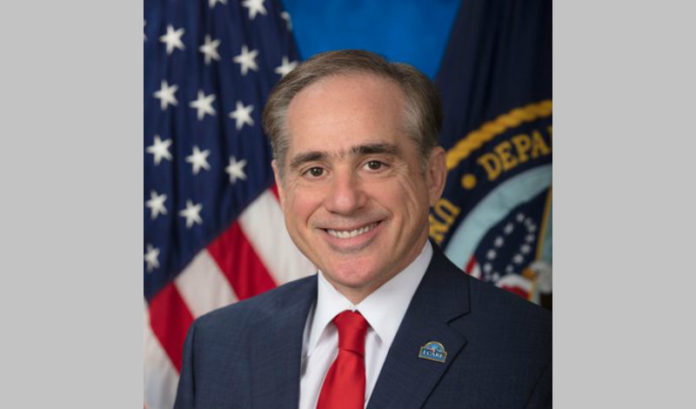 Reports from Washington, D.C., suggest Dr. David Shulkin, the former president of Atlantic Health’s Morristown Medical Center, could be out soon as secretary of the U.S. Department of Veterans Affairs.

Shulkin, the only holdover from President Barack Obama’s administration in the current administration, appears to have fallen out of favor with President Donald Trump after an internal investigation report in February revealed Shulkin had improperly accepted gifts and spent government money on a trip to Europe last summer.

But, after hearing the news of Shulkin’s potential ouster, many involved in VA duties both in New Jersey and Washington came to his defense, saying the stability he has brought to the embattled agency needs to continue.

Even those who have not always been fans of Shulkin defended him upon news of his potential firing.

Lt. Col. Kamaljeet Kalsi, founder of the Sikh American Veterans Alliance and a member of Gov. Phil Murphy’s military and veterans affairs transition committee, said that, although he has been critical of Shulkin, he believes Shulkin has brought a degree of stability that needs to continue at the VA.

“When you have this merry-go-round of leadership, it does not create a conducive environment to fix these very complicated issues,” Kalsi said. “That’s why I do not think that, although I don’t agree with everything the secretary has said and done, I think changing him out at this juncture would be a mistake.”

Kalsi emphasized that his views were his own and not the views of the Department of Defense or the Army.

Some of the things Kalsi is critical of include that Shulkin has not taken an aggressive enough stance on the opioid and addiction epidemic — especially supporting legalized marijuana, which Kalsi supports as a way to curb addiction and abuse.

In addition, Kalsi believes the VA has not paid enough attention to the issues of veterans’ suicide and rape and violence against women.

“That, I think, has been poorly handled when you consider we have not moved the needle on either of those issues at all in probably over two decades,” Kalsi said. “What they have done in response to suicide and rape is just push out another program … but that’s not the answer.

“You can PowerPoint us to death, but it doesn’t really change the culture. I don’t think it changes behavior. We are the greatest military power in the world and we have the most powerful military and arsenal; we have exceptional soldiers. When they get home, we fail them, and we are failing them miserably.”

But Kalsi also believes that ousting Shulkin is not the answer, in part because there is no good alternative.

“In talking with my political friends in D.C., it’s obvious that people are afraid to work with the current administration,” Kalsi said. “You don’t want to work in a place that is going to badmouth you or potentially fire you in the next six months to a year, and then you’re tarnished, and you wasted a year of your life.

“That’s the concern I’ve heard time and time again, even from moderate and Republican colleagues that work in the political realm. They’re afraid of this administration and they don’t engage because they have very good concerns about the ability to do their jobs if they throw their hats in the ring.”

Sherman Gillums, chief strategy officer of American Veterans, said that in his years in D.C. — starting in 2011 — he saw what the constant change at the top has done to destabilize the VA, which would please those interested in privatization of the agency.

“I saw the (Robert) McDonald administration demonstrate the ability to achieve early success but run out of time,” Gillums said. “So, his administration planted the seeds that Dr. Shulkin could build upon in his role as undersecretary at the time. He had an advantage coming into his term. That is why, I believe, he was successful — and I would characterize (Shulkin’s) time as the secretary as a success.

“The accountability bill, once that was signed by the president (Trump, in June 2017), we saw him demonstrate and be Shulkin. We saw his ability to deal with the system, as it was, and as it needed to be, when he handled the Washington, D.C., director the way he did. Even though that was only one case and it was a high-profile case, he showed us he was serious about carrying out the standard of accountability.”

Since then, there have been other hospital executives that have been removed from their positions, Gillums said.

“When things went off the rails, I believe, is when there were those on his staff who believed the whole privatization thing isn’t moving fast enough,” he said. “It’s always been said that privatization was inevitable — even the president talked about it when he ran, but I think he moderated his tone once he was advised it wouldn’t be as simple as waving a wand.”

Shulkin has been a stabilizing force in all of this.

“He just didn’t stay on the course that those who saw privatization as inevitable and in the near future,” he said. “And that’s when you start seeing things like the attack on the deputy secretary, you started hearing about the Wimbledon and airlines tickets — which happened last August, and everyone knew about it, it wasn’t like it was new news, but it wasn’t until the attacks began in January that this suddenly became an issue.

“This could have been dealt with months ago. So, it’s disingenuous to make this the issue. He’s not an unethical person, but he is an unrefined politician, in a sense, and he’s new to this environment. Just like several other cabinet-level leaders have made (mistakes). We just heard about Ben Carson this morning about the furniture. These aren’t reasons to strip the VA of the stabilizing force it’s enjoyed over the last year.”

At most, Gillums said, it warrants a letter of reprimand from Congress, but not firing Shulkin.

After the news of the investigation, Shulkin said he was not going anywhere.

Augustine said his organization has supported Shulkin’s request to handle some of the infighting and internal opposition to him by reorganizing within the VA.

“We believe he is moving the VA in the right direction; we support him,” he said. “We are hoping that he can continue to do his job and have the authority to change his staff as he feels necessary, because obviously there are some conflicts over there.”

Or, as Gillums said, “We need to put a stop to this bad version of ‘The Apprentice’ that’s playing out in front of us.”

The news that U.S. Department of Veterans Affairs Secretary David Shuklin may be dismissed, at least partly on account of accepting improper benefits, came as a surprise to those who worked with him while he was president of Morristown Medical Center.

Doctors who worked with Shulkin in New Jersey said he always went by the books, and appeared to be caught in the political landscape of Washington, D.C.

“I’ve never remembered anyone, any VA recipient, liking the VA more than under Dave Shulkin,” Bruce Mintz, an internist in Denville, said. “You ask them, and all the VA groups, they are all crazy about him.

“He’s not someone you can hate. He’s not got that type of personality. He’s a behind-the scenes guy who gets things done inch by inch. He’s not someone that comes into a meeting screaming. He listens to everyone until everyone has spoken. He makes object assessments of what’s going on, and then there’s a plan. The rub is that he’s really turning the VA around. He’s the real deal.”

Mintz added that Shulkin left his mark, and improved the operations of, every place he had ever led, including Morristown.

“He was a stickler for travel when he was president here at Morristown,” Fiel said. “He was very ethical. He was not extravagant at all. It seems improbable that he would’ve (willingly) done something so outrageous.”

Philip Scaduto, a geriatrics doctor in Boonton, said in the three and a half years he worked with Shulkin, he didn’t see any of the characteristics described in national media reports.

“He is head and shoulders over anyone I’ve ever worked with,” Scaduto said. “He had incredible knowledge of the medical landscape.

“He was a tremendous friend to primary care physicians — who had been struggling with the changes in the insurance landscape. I’ve read the stories. It doesn’t jive with the David Shulkin I know. I want to just put that in there. For whatever it’s worth.”

All are hoping that reports that President Donald Trump remained confident in Shulkin in the immediate aftermath of the investigation — which some feel Shulkin resolved by paying the amount owed — are true and Shulkin will remain on the job.