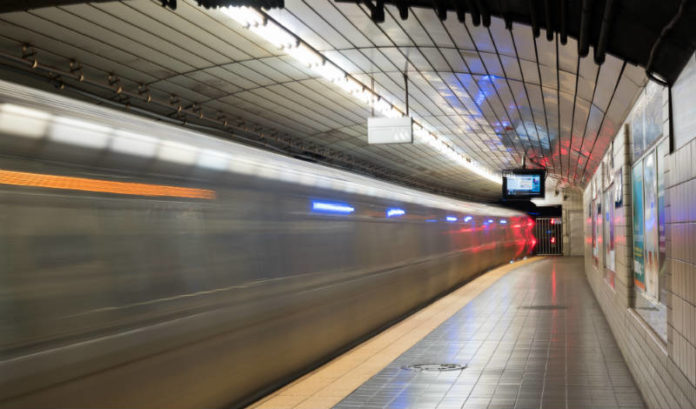 The Gateway Development Corp. is standing firm on its confidence the federal government will pony up its share — about 50 to 80 percent, depending on whom you talk with — while continuing to move ahead with work for the first phase of the Gateway Tunnel project.

The project, which some project to cost $30 billion, includes the Portal Bridge and Hudson Yards redevelopment as well as the Hudson River tunnel. But it has become the focal point of a staring contest between the federal government and the local partners.

The funding for phase one is not included in an omnibus spending bill in Congress that is facing a March 23 deadline.

At a meeting Friday, GDC board members addressed concerns about what will happen if the funding isn’t added to the bill.

“The reality is you’re not going to do this project — it’s not a project that would be done, could be done or should be done — without federal support,” Trustee Steven Cohen said.

“In reality, we’re going to have to wait and see how the politics play out here.”

That includes rallying greater support outside the New York and New Jersey delegations in Congress, he said.

Simultaneously, the GDC has worked on gauging the interest and potential commitments from the private sector, which the federal government believes should take on a greater share of the burden.

John Porcari, interim executive director, added that the sense of urgency comes from nearing completion of an environmental impact study as well as other elements currently in the works, such as design, which is 20 percent done.

“This is a project of national significance,” he said. “By definition, it can’t go forward without a national partner.

“Phase one is eliminating a single point of failure — a 170-year-old bridge and a 170-year-old tunnel. Either of which threaten, on a daily basis, 10 percent of America’s GDP.”

The timing of the GDC meeting coincided with the aftermath of an early morning Portal Bridge malfunction, which delayed NJ Transit commuters Friday.

“The Portal Bridge is a key part of phase one of the Gateway Program, the nation’s most pressing and long-overdue infrastructure project,” Murphy said. “New Jersey and New York have already held up our sides of the bargain by committing to fund our fair share. But, time and again, the White House and Republican leadership in Congress have failed to understand the critical need for this project to be fully funded.

“This morning is an example of what happens to commuters and the economy when the federal government is missing in action. I applaud Sen. (Robert) Menendez, Sen. (Cory) Booker, Congressman (Rodney) Frelinghuysen, and our bipartisan congressional delegation for fighting tooth and nail to secure funding for the Gateway Program. It’s now time for the federal government to step in and end their groundless opposition to a project critical to over 50 million Americans who depend on reliable infrastructure to go about their daily lives.”

Coughlin said the bridge incident was evidence of the immediate need for the federal investment.

“Friday morning’s delays were caused by a bridge built when Teddy Roosevelt was president,” he said. “It was built before the Model T hit the road. It was built when we only had 46 states.

“Government needs to do the basics, and that includes a reliable and effective mass transit system to get people to work on time and drive our economy. In the case of the Gateway Tunnel and Portal Bridge, we’re talking about our national economy — and our national security.

“It’s time for President (Donald) Trump and congressional leaders to do the right thing and prioritize this needed investment in mass transit in the vital New Jersey-New York area that means so much to our ability to create jobs and economic growth.”

All stakeholders — including the states and the transit agencies — have skin in the game.

So, what happens if Congress passes a bill without Gateway funding?

“The access of employees to business operations is absolutely critical,” she said. “I want to make clear that we have made this case in Washington (D.C.), whether to the White House or our leadership in Congress … this is a top business community priority, and there is great frustration in the business community that it seems that nothing we do makes any difference in terms of moving this issue forward.

“We will continue to reiterate through the members of the Northeast Corridor Coalition, we will take every opportunity we can to put this at the top of our regional and national agenda. Somehow, we have to regroup and take a fresh look at what we are accomplishing and how we are going to approach this. We’re willing to partner with you in that effort, and that is probably the next step, no project is more important to the business community.”

Cohen reiterated the project isn’t a local one.

“This is something that is vital not simply locally or regionally, but nationally,” he said. “There’s an inevitability to this project. It will happen.”