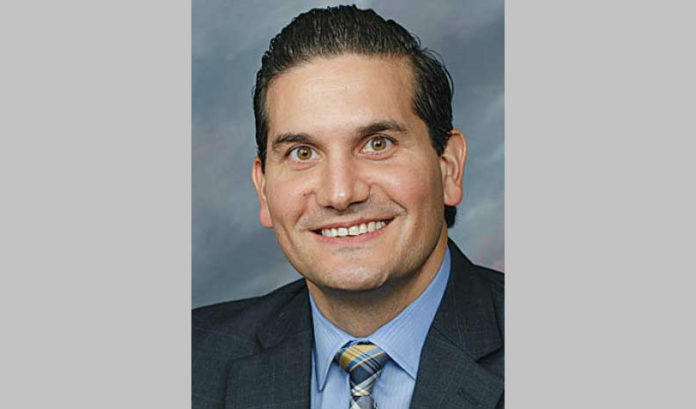 The nearly 520,000-square-foot industrial building on the outskirts of Atlanta and close to Hartsfield-Jackson International Airport was in need of plenty of repairs and updates. That’s what happens when a building of that size defers a lot of its maintenance for a decade.

But where other developers saw work (not to mention time and money), Woodmont Industrial Partners saw opportunity.

Company officials, looking to diversify their holdings, felt they had found the perfect start for an expansion to Atlanta — and the Southeast — according to Vice President Anthony Amadeo.

“It was a perfect fit for us,” Amadeo said. “It was of scale and a great value add. It was delivered vacant. We feel it’s a perfect foot in the door into a new market.”

Amadeo said the company will put close to a million dollars of capital into the building, including painting the interior and exterior, fixing the sidewalks and lightning, repairing the roof and metal awnings, while adding new landscaping and striping the parking lot.

Inside, there will be upgrades to the alarm and fire sprinkler systems and the offices.

“It needed quite a bit of work,” Amadeo said.

But that’s part of what made the property such a fit for the unit of Woodmont Properties.

“Our strategy on the industrial side is always value add, because we have the expertise in house,” he said. “We look for properties that other people don’t have the time to do.”

That philosophy has made Woodmont one of the leaders in the commercial, industrial and, most notably, the multifamily space in New Jersey and Pennsylvania.

As good as business has been — and as much as the Fairfield-based company has been celebrated for recent efforts such as Woodmont Metro at Metuchen Station — Amadeo said company CEO and Principal Eric Witmondt was looking to diversify the company’s geographic holdings for a number of reasons, including the most basic: the need for available property.

“As New Jersey continues to get built up and every player is out here, finding those values and new deals becomes more and more difficult,” Amadeo said.

In the middle of 2017, the company began looking for new locations, knowing that commercial and industrial properties would be the best place to start.

After identifying Southern California, Chicago, Dallas, Atlanta and South Florida as the best places for expansion, the company decided Atlanta was the best starting point.

“We wanted to stay on the East Coast first, and Atlanta was always one of those markets we felt we could move into,” Amadeo said.

More than that, one of Woodmont’s industrial partners, Romark Logistics, had people on the ground in the area with familiarity to the area.

Amadeo said the company tapped into those connections — and into the connections it had in New Jersey with brokers from national firms — to begin establishing a presence in the region.

Doing so, Amadeo said, takes time. And must be done properly, he said.

For starters, Amadeo, Witmondt and Chief Investment Officer David Trager have been taking regular trips to the region to begin establishing contacts.

“Each time we go down there, we meet with different brokers,” Amadeo said. “I make it a point each time down to meet with someone I hadn’t met with — but also to meet with the same groups I met the last time, so they know we’re not just coming down once a year and that we’re trying to be active buyers.”

Amadeo said the company hopes to have 3 million square feet of space outside of the Northeast in the next 18 months. And not all of that will be in Atlanta.

Amadeo said Woodmont already is looking in South Florida and Dallas, having made offers on a few buildings in those locations, too.

Amadeo said the new purchase —located in Morrow, Georgia — already is half leased. Which is something Woodmont officials knew was a possibility in the market.

“Atlanta is a place we’ve long wanted to play in, and the market is very good,” he said. “Absorption rates are great. Since 2014, occupancy continues to go up. There’s new construction coming on line, but the demand is still outpacing the supply. The fundamentals are there. We follow the numbers.”

And they may be coming quickly. The company already has offers out on a few more buildings in the area, he said.

“I’m flying back down there next Monday to look at a few more,” he said. “That should tell you how quickly we’re moving.”