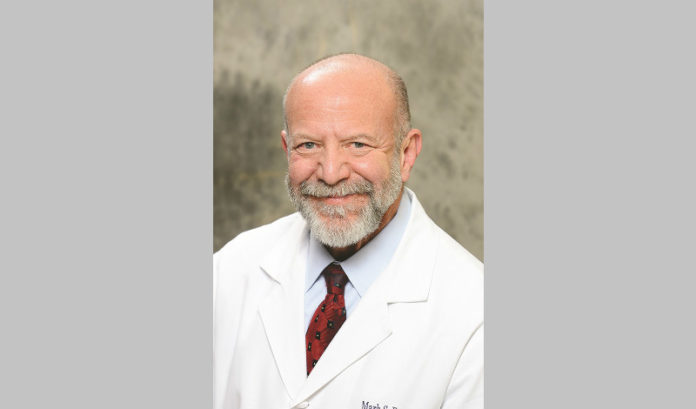 A program at St. Joseph’s Healthcare System that began a revolutionary change in the way emergency rooms handle opioid prescriptions is going national.

One of the creators of the Alternatives to Opiates program, Dr. Mark Rosenberg, is testifying on Capitol Hill on Thursday on a bill that would create a national demonstration of the success he has seen in New Jersey.

This is just the latest bout of attention the program has received on a national level.

Recent articles from Colorado, Massachusetts and Washington state have highlighted the ALTO program — without crediting St. Joseph’s or the team of doctors there. Two new bipartisan bills in Congress are highlighting it as well, aiming to set up a nationwide demo and study the results.

The lack of credit doesn’t bother Rosenberg, chair of emergency medicine, who said the emergency room has reduced opioid prescriptions by 82 percent since implementing the program in January 2016.

The program’s secret to success is a dual-pronged approach.

First, letting patients know that some amount of pain is OK, and, secondly, finding non-opiates, either branded or over the counter.

“Hopefully, it won’t be a secret,” Rosenberg told ROI-NJ in a recent interview.

“Hopefully, this will continue to get out there and we can continue to make a difference.”

He has seen the articles that tout the program, but give no credit to its origins.

“It was never meant to be proprietary,” he said.

And, now, with the bipartisan bill, the program has been elevated to a level Rosenberg never imagined.

“Who would have ever thought this crazy idea becomes (legislation)?” he said.

It all began in his emergency department.

Within the first three months, there was a 30 percent reduction in prescriptions. In the first six months, compared with prior implementation of ALTO, that rose to 46 percent.

The department has been benchmarking the progress every six months, Rosenberg said.

And now, other departments are starting to use it.

OB/GYN is on board and has halved its opioid use for post-operation pain, such as after C-sections, in just three months, Rosenberg said.

It’s all about talking to patients and helping them understand their options.

Dr. Roger Kierce, the chair of obstetrics and gynecology, has said he tells patients it’s OK to have pain, but the greater concern is the ability to function, Rosenberg said.

The litmus test? A cup of coffee.

“If you can’t get out of bed, you should take a pain pill. But, if you’re able to get out of bed and make a cup of coffee, you are fine,” Rosenberg said. “What I’m happy about is this is not about acute pain, this is expanding past acute pain in the ER. This is also looking at post-op pain. Those patients, too, are benefiting by new way of looking at pain.”

But it doesn’t come without a fight — it takes extra time out of the doctors’ days, because health insurance is less willing to cover costlier non-opioid options.

“I think the bigger problem is that many of the payers do not want to pay for any of the prescription medication we subscribe,” Rosenberg said. “Percocet may be cheaper than the Lidoderm patch, and payers won’t pay.”

Some will approve, but require prior approval.

“That barrier is not a good barrier. We should be able to prescribe alternatives for those with pain. It inhibits doctors from prescribing medicines as alternatives,” Rosenberg said. “I don’t have that extra 10 minutes per patient in the emergency room.”

It is problematic, since the goal is to curb opioid addiction.

Sometimes, if prior approval is a barrier, the doctor can try over-the-counter medications, Rosenberg said.

Despite those barriers, the program has proven successful wherever implemented, and the Hill has its eyes on the program.

“It started as really just an innovative idea. I never thought there would be a bill in Congress to take ALTO national. It’s amazing,” Rosenberg said. “It’s the only effective preventative tool out there.”