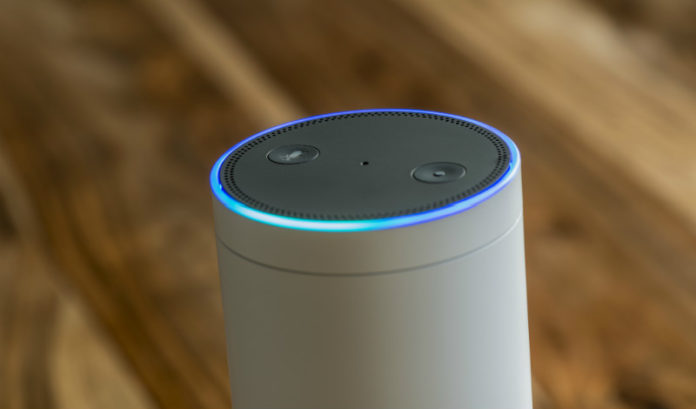 It’s not the tech announcement Newark is hoping to make soon, but Tuesday night at his State of the City address, Mayor Ras Baraka announced the city is going to host a major tech conference on the campus of New Jersey Institute of Technology.

“I am pleased to announce today yet another milestone in Newark’s growing importance as a technology hub,” he told the crowd at NJPAC. “We learned over the weekend that Newark has been chosen to host ‘VOICE,’ a three-day summit at the forefront of natural language processing, sponsored by Amazon Alexa.

“This is big. Voice technology will soon be the way the entire world communicates with computers, machines, cars, home appliances and more. And it will be the way these devices communicate with us.”

The conference, hosted by Modev and the Greater Newark Convention and Visitors Bureau, will take place July 24-26.

The summit will feature keynotes and panels led by brands that are enabling interactions across a variety of devices and revolutionizing customer engagement and access for all by leveraging voice technologies such as Alexa and chatbots. It will also include hands-on voice development and design courses taught by Amazon staff members and partner API providers.

“We’re very thrilled to be hosting VOICE,” Baraka said in a statement. “This groundbreaking conference, supported by Amazon, aligns in perfect unison with our Newark 3.0 campaign to transform the city into a Silicon Alley and our initiatives aimed at enhancing life in Newark through technology.”

Modev founder Pete Erickson said the conference will detail a growing aspect of our lives.

“Voice technology is transforming the way we interact, and working with Amazon on this new initiative aligns with our mission to create an inclusive and accessible platform to amplify that exchange,” he said.

“We believe in the power of community and collaboration, which are in many ways being amplified through technology advancements such as natural language processing and A.I. Our goal is to provide a platform for developers and tech leaders to strengthen their knowledge on how to best utilize these advancements to impact society in a positive way.”

The conference, Baraka said, will fill many hotel rooms — while helping to increase the city’s reputation in technology.

“More than 1,500 developers, designers, leading brands and agencies who are reimagining how we interact are coming together to discuss and plan for how natural language processing and artificial intelligence will transform the world,” he said. “And they are coming to Newark, New Jersey.”

Baraka said the city is growing as a tech center — one worthy of being one of 20 finalists for Amazon’s coveted second headquarters.

“We have made a conscious strategy of making Newark a center of the new high-tech economy, the Silicon Valley of the East Coast, and that strategy is proving successful,” he said. “We prepare for Amazon, whether we agree with them or not, and if they do not come, we prepare anyway for the new tech economy.

“We put a Nan Tech center in every ward, like the one on Hawthorne Avenue. We build a smart city by leveraging our 27 miles of fiber. We use it reduce crime, create jobs, solve problems and make our city more accessible.”

“NJIT is the perfect partner, with over 10,000 students majoring in information and digital technology,” she said.

Women in tech will be featured prominently at Propelify next week