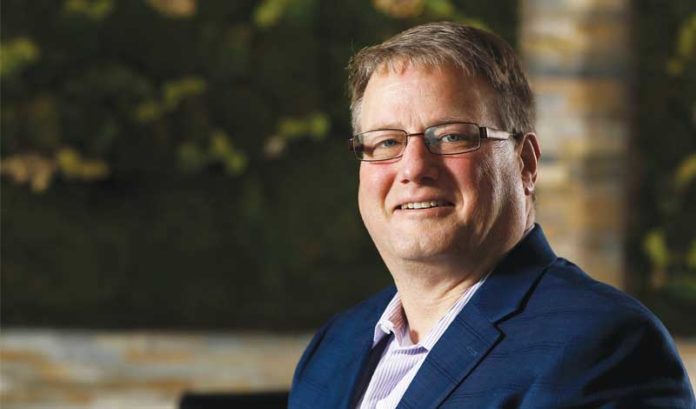 Marc Silverman describes the decision to take up cannabis-involved clientele at WithumSmith+Brown P.C. as starting with a lot of debate.

Endless research was done on the legalities of doing accounting work for those in the medicinal marijuana field, Silverman said. When the question of whether to serve business interests in the market for recreational usage also came up, more and more debate ensued; and yet more research.

This is not unusual for an accounting firm today. Accountants all over the state are involved in internal tugs-of-war regarding whether cannabis businesses are a no-go for their organization. These conversations could mean a great deal for the future of cannabis in the Garden State, given the need of this likely soon-to-be industry — and its touted $300 million in annual tax revenue — for accounting services.

Silverman, who is a partner in WithumSmith+Brown’s Morristown office, said his firm ultimately has decided to proceed on a case-by-case basis when accepting cannabis clients, which also isn’t unusual. Among the nation’s largest full-service accounting firms, such as EisnerAmper LLP, there has been a similar approach taken.

Silverman explained some of the dialogue that went on within his accounting firm’s four walls as having to do with reputation risk — whether it would be accepted by clients and whether it fit with the firm’s internal culture — as well as how the firm’s status could be imperiled with national accounting societies and federal authorities.

Arguments in favor of going ahead won out.

“As for why we forged ahead with the medicinal side, I think of someone here who said, ‘Why should I be allowed to play God and decide whether someone gets treatment or not?’” Silverman said. “At the end of the day, people put their own bias away and we made a decision rooted in what made sense for our business.”

When it comes to the recreational use businesses, arguments in favor were more centered on the immense business opportunity that came with doing accounting work for a brand-new industry.

“With those businesses, we’re not condoning its use, but simply supporting an industry that’s growing,” he said. “We just want to help those companies do their taxes properly.”

John Pellitteri, an accountant and partner in the health care practice at Grassi & Co., said that his own firm has stuck — for the time being — to clients involved in the medical marijuana industry.

But for any client in this area, accounting firms have to put them through a stringent background check before accepting them.

“We want to do the due diligence to make sure they’re who they say they are, and that they’re in compliance with the laws,” Pellitteri said.

Right now, accounting firms that have picked up this practice area are taking clients in from states where cannabis has been legalized. This means local accountants are getting experience from across the nation that they’re soon to utilize for New Jersey-based clients if legalization moves ahead this year.

“(Accounting firms) are getting prepared for if what is expected to happen actually does here,” Pellitteri said. “But we’re also not getting so ahead of ourselves that we’re already getting involved in a way that put us in an awkward position. It’s a careful balance.”

Plans laid out, the driver hurries to the spot. He grabs sagging bags of dumbbell-weight cash once there and then enters the building. He talks to the person inside. Everyone gets paid.

Cannabis businesses have to live out scenes straight out of heist movies just to get employees their paycheck.

“It’s a huge challenge for these companies,” said John Pellitteri of Grassi & Co. “Most banks aren’t willing to work with them, so they have to use large amounts of cash and payroll companies to get people paid, and you hear these stories. Something simple as writing a check for most businesses — if you don’t have a bank account, you can’t do that.”

Working purely in cash comes with some obvious challenges, such as the need to keep it safe or to find ways of paying bills.

However, accountants have seen cannabis businesses using credit unions as a viable alternative. And there are some banks that are warming to the idea of working with these businesses.

“In states where (legalization is) mature, like Colorado, there are a lot more banking options for these companies,” Pellitteri said. “But they are very expensive. … And until we see things change, it’s going to continue to be an issue for these companies.”

Reach Marc Silverman of WithumSmith+Brown at: msilverman@withum.com or 973-898-9494.