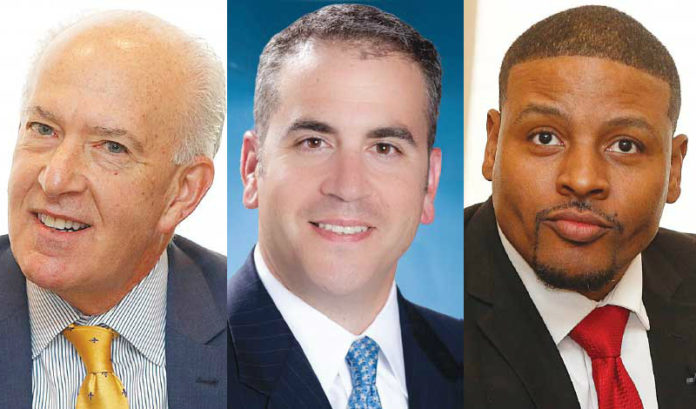 A panel of experts at ROI-NJ’s recent interactive panel discussion, “The State of Cannabis II: Understanding the Logistics of Cannabis,” shared their insights on a variety of cannabis industry-related topics.

Q: Isn’t there a question about speed to the market in New Jersey, versus Pennsylvania and other border states?

Bill Caruso: I don’t get the sense that Pennsylvania is that further along; they’re in a gubernatorial election this year and the other issue is they’re looking to expand their medicinal, which is kind of lacking right now. I think they’re on that path. And New York has decided to dip a toe, but they are not really there. And Delaware was nipping at our toes at one point, but we are actually well-situated right now. Jersey is well-suited if we hit this June deadline.

Randy Eigen: I think from the standpoint of supply and demand, even if Pennsylvania beat us, I think we’d still develop a very large industry as a result. There is a lot of room for growth in the industry — no pun intended.

Q: What is the current temperature about home delivery, and what to do about the counties and mayors that are not as amenable?

BC: This is not an issue that is being talked about loudly. It is quietly being discussed with mayors out there, and I think this has had a bit of a chilling effect (with those mayors saying), ‘Not in my town.’ But if the Legislature comes in and allows for home delivery, I don’t know how you stop that.

There will have to be a licensure process and all that, and it gets complicated, but as we sit here talking about how and when this gets done, this is one of those things that’s on the outskirts of if it gets done or not. I don’t think there’s going to be an effort at the town to stop it if its allowed at the state level.

The other thing I will tell you is there was a question about what we would do with medicinal. I think that becomes a more important component, because if you’re too sick to get your medicine, how do you get it? We have this cumbersome caregiver program; you can register for a fee — we’re a very fee-happy in the state. There’s a question about whether or not this governor has the regulatory authority to allow home delivery in medicinal expansion.

My guess … I don’t think they can do that. Maybe you can fool around with that caregiver effort and expand that and that may be the way they do it, but (we) probably need legislative authority and that’s a sticky wicket right now.

Q: What size warehouses do you think will be needed for indoor growing?

RE: What we’re learning from the other markets is that they are most efficient in the 50,000- to 90,000-square-foot range. That apparently is the sweet spot. Some are as small as 15,000 square feet. Our thinking, in New Jersey, we have such a large population that we’re not going to see the smaller ones, we are going to see the larger ones.

Q: What needs to be done statewide in order to accommodate indoor growing techniques, other than retooling industrial buildings?

RE: One of the biggest things we’re looking at is the need for power. Power is a great element to growing, and so I’m not so concerned about the physical structures because it seems like the growers know how to work around them. In some existing facilities, they’ve taken B class and C class buildings with 16-foot ceilings — heights that are inadequate for today’s warehousing purposes — and they’ve made them into very efficient growing facilities. The key is really having the power that’s needed. I think across the state, there’s a concern for the amount of power this is going to consume.

If you look back about 10 years ago, we started building data centers; they are also huge consumers of power. The state of New Jersey has a really high cost of electrical energy, so data centers are not being built any longer in the state of New Jersey also because of that. So, this is going to be the next phase of big energy consumers. I’m not sure there is that much concern about the architectural aspects of it.

Q: What geographic region of the state is best suited to benefit?

LaQuay Juel: We have plenty of growers in South Jersey that are waiting for this legislation to pass. In our book of business, we’re looking to find people who have land that they want to set aside and see what we can lease it at now, because once this comes onto the market, based on our research in Oregon, you’re looking at values to triple. So, you want to start now.

BC: There’s a whole section of our state (South Jersey) that’s agricultural in nature. And they are looking at this in a light that’s maybe different than in (North Jersey). I do think you’re going to see robust greenhouse efforts (in the North).

Q: What was the impact of Jeff Sessions’ decision to rescind the Cole memo — the (Barack) Obama-era decision to not prosecute many small cannabis crimes?

BC: Jeff Sessions made an announcement last month that sent shockwaves through this industry, or kind of didn’t. Everyone thought it was going to have a chilling effect, but it didn’t. What it actually has done, it got Congress to unite on an issue.

You’ve got Republicans and Democrats for the first time really working on the budget language, PTSD initiatives, rescheduling or descheduling. We’re on a march to an effort on the federal level that will ultimately undo some of these barriers.