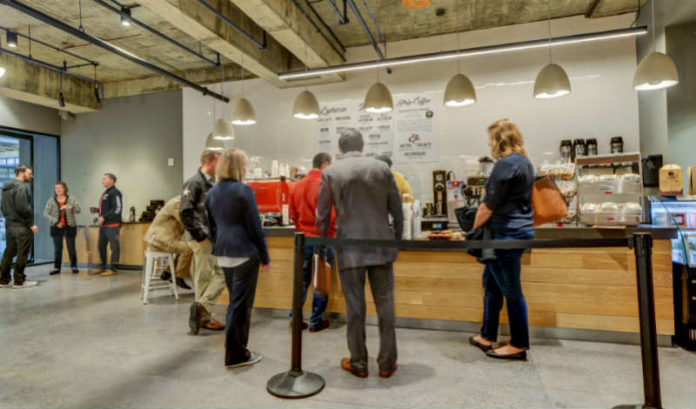 The former Bell Labs building, now redeveloped as a “metroburb,” will host the shops on the ground floor of its quarter-mile atrium, which serves as a pedestrian street for the building.

“Every day, new life is injected into Bell Works, whether it be from a company opening the doors to its new office or an event bringing new visitors to this historic building,” Somerset Development President Ralph Zucker said in a prepared statement. “But the continued growth of Bell Works’ retail scene will add an entirely new dimension to our metroburb. In short time, workers and members of the public alike will be able to walk along our pedestrian street and access nearly anything that exists in an exciting urban downtown, all in a great suburban location.”

The new tenants will be:

“Bell Works is now home to thousands of office workers each and every day, and that sense of vibrancy is beginning to take hold on its pedestrian street,” Korinis said in a statement. “Within the next few months, nearly 50,000 square feet of retail space will be open to the public.”

Somerset Development said more than 75 percent of Bell Works’ 1 million square feet of office space has been leased to-date. A rooftop hotel has been approved by local officials, as well.

National residential eviction moratorium has been invalidated — what does that...