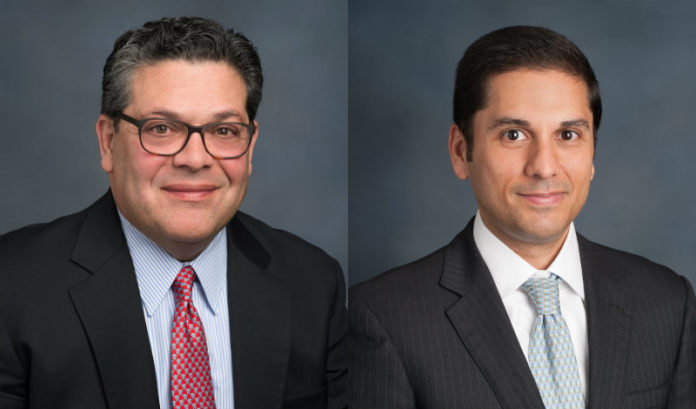 Chiesa Shahinian & Giantomasi P.C. announced the formation and launch of its Cannabis Law Group last week, joining a growing number of firms that are quickly establishing cannabis groups to meet the needs of what most people feel will be a booming industry in the state in the coming years.

And, while the sector is quickly filling with firms looking to jump in at the last minute to get a piece of the industry, CSG leaders feel they bring unique background to the issue, since attorneys at the firm have been deeply involved in the industry in many levels for many years — starting with name partner Jeff Chiesa and practice group co-leader Lee Vartan.

“We have lawyers who are touching upon all of the significant areas, from real estate to privacy, to corporate tax compliance and everything else, starting with some of the unique experience we feel is held here at the firm, given my time at the AG office and Jeff Chiesa’s time as attorney general,” Vartan said.

“So much of what happens with the program in terms of rollout, background checks, compliance, licensure, was run from the attorney general’s office. It was the only department within the state that had the expertise to fully vet folks in a way that made people in state government feel these were legitimate businesses as opposed to something worse.”

Vartan, who will head the group along with name partner Frank Giantomasi, said the time is right for CSG to take a deeper role in the industry moving forward. An industry, he said, which literally is still at the starting point.

“One, it’s going to involve law enforcement, most likely the state police or some office in the attorney general’s office to conduct background checks on the licensees.

“And two, it’s going to involve regulations. No matter how specific the legislation is, the regulations that are likely to be enacted by the attorney general’s office are really going to govern the day-to-day activities of how these businesses are going to operate.”

Vartan also stresses the experience the group brings from the prosecutorial side.

“A number of us are former prosecutors who have prosecuted drug and money laundering cases, and we know how you steer clear of federal scrutiny.”

Giantomasi said the group has been designed to handle all aspects of the sector.

“CSG’s Cannabis Law Group was conceived and designed to serve as a ‘one-stop shop’ to those servicing the sector, including third-party vendors, producers and retailers,” he said. “Our attorneys draw from the collective knowledge and collaborative insight of the firm’s practice groups, providing a 360-degree view of potential operational risk, opportunity and critical regulatory compliance matters.”

Vartan quickly rattled off those connections.

“I really think we can be one-stop shopping, whether you are new to the business and a New Jersey native or whether you are looking to import an existing model from California or Colorado, where it’s already legal.”