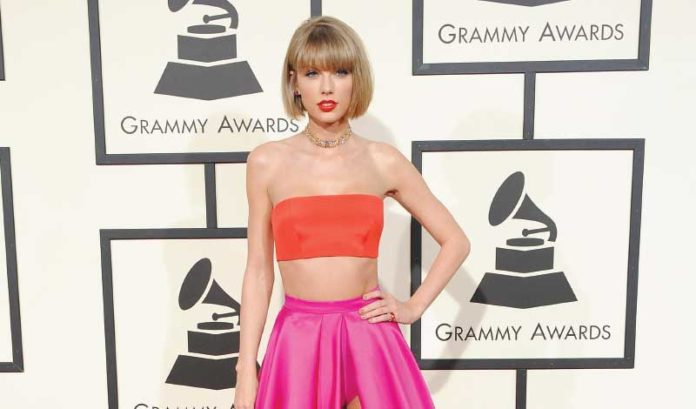 There will be things her fans will recognize, such as dresses and costumes from some of her more popular videos, recent tours and Grammy performances.

There will be items her fans have never seen, such as handwritten lyrics to a number of songs, including “22,” “White Horse” and “Teardrops On My Guitar.”

And there will be items that capture the time before Taylor Swift was one of the world’s most famous and noted musicians, such as family pics from Walt Disney World and press clippings from when a 12-year-old Swift sang the national anthem at a Philadelphia 76ers game in 2001.

The exhibit, which will open April 6, is the most noteworthy since the venue opened last fall.

Butler, the director of special events at the Prudential Center and the Grammy Museum Experience, said bringing top exhibits to Newark is a great way for the venue to bring in more music fans — and more corporate clients.

“We’re a home for sports and entertainment in the building, any type of addition like this … is an added benefit because we’re able to provide that to our hockey fan, our music fan, our conference attendees and basically anyone that’s coming into the building,” she said.

The exhibit is launching at the same time as the Lorde World Tour at the Prudential Center, Butler said, which will help drive the economy with droves of a similar fan base. It’s part of the benefit of being in the New York City metro area, she said.

“We’ve seen an (influx) of people looking at us and investing in us. Also, a lot of larger companies are coming into the area,” she said. “So, overall, (the museum) is benefitting the economy for the entire area.”

The exhibit has been seen in Cleveland, Mississippi and New York City (last fall).

“For New Jersey, this is the first time that visitors will have a chance to see changes in the exhibit based on her latest album, ‘reputation,’” Onwusa said.

Butler hopes the exhibit will help the venue further its ultimate goal of increasing music education in schools.

Butler said the center extends information to teachers from the tri-state area who have been given the opportunity to join the program as Grammy educators. These teachers use the venue for field trips.

“They want to have these types of outlets for their students, as it is something that ties into their educational programming,” Butler said.

The venue, however, also works with corporate groups.

“People can book and can come in for group tours and host private events,” Butler said. “We are open for those types of (activities) here and are welcome to them. We also do a lot of educational programming for corporations and nonprofits.

“We have great interaction from the corporate side.”