Home Politics NJPP has a friend (and advocate) in the governor’s office, but knows...
Facebook
Twitter
Linkedin 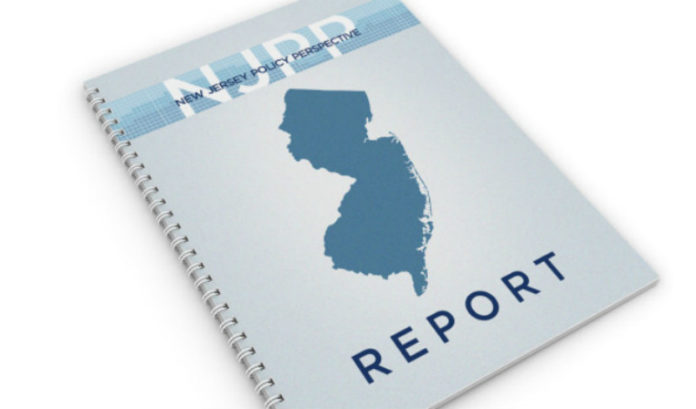 Gordon MacInnes met with Phil Murphy during his campaign to be governor and knew all of things he was promising in regard to a “stronger and fairer” economy were in line with most of the findings of New Jersey Policy Perspective.

But, as a longtime progressive leader in the state with a unique combination of service in both the political and nonprofits worlds, one who served in both the state Senate and Assembly, MacInnes wasn’t initially fully convinced that Murphy’s campaign promises would indeed build his policy initiatives.

“This is something that was not expected in my mind after watching a lot of gubernatorial elections,” MacInnes said. “Usually, if you move with a progressive agenda during the primary, you move it to the middle during the general election.

“Murphy said, ‘No. We have a big set of problems. I’m sticking to what I said.’”

That was clear during the organization’s Progress 2018 conference last Friday at the Heldrich Hotel in New Brunswick.

MacInnes, the NJPP president, didn’t need to promote the organization he has been with since 2012.

Now-Gov. Murphy did it for him.

“Throughout our campaign, I promised an administration that would make decisions based on facts and science and on what is best for the next generation in our state, and not my or anyone else’s next election,” Murphy told an audience of a few hundred.

“To get that right requires looking at issues from all angles, and NJPP does that better than anybody. Its research and insights are the ones that make a lasting impact. Their work helps educate our views and they show us the possibilities of the policies we seek to implement.”

“I don’t know where we would be without your vast knowledge and experience,” he said.

After eight years of an administration seemingly starkly opposed to any of NJPP’s opinions, the organization now has a state leader who publicly supports it.

MacInnes is thrilled by the support.

But he also acknowledged it does not mean the organization will get everything it feels the state needs.

“By itself, it is not a sufficient change to get a lot of the things that we’ve been fighting for accomplished, because you still have the Legislature,” he said. “There’s an agreement that has to be reached that we have very little to do with, but it’s important that that gets worked out.”

“We’re not here to say that we’re an arm of the Governor’s Office, we’re here to say we have a point of view and we have facts and analysis to back up what we stand for, and we are going to disagree with Gov. Murphy even though on 87.4 percent of the things he puts forward we are in agreement,” he said.

For one, MacInnes reiterated the fact that NJPP’s research shows the potential subsidies the state is using to lure Amazon do not add up.

“We do not believe the road to getting Amazon in Newark is going to be achieved because you have taken one element of the decision the company has to make and you have magnified it,” he said. “And that’s the only part of the New Jersey argument that’s getting attention.

“To have this be the one that is expected to move it our way — I hope it does, but, of course, we’re not going to recapture much of taxation if it does select Newark.”

Either way, NJPP suddenly has an ally in the Governor’s Office.

Its leaders are happy about that, but know they still have work to do to get the policies they espouse implemented.

So said Brandon McKoy, the NJPP’s director of government and public affairs.

“It’s nice to be able to have representatives who value your opinion,” he said. “We appreciate the fact the governor wants to speak at our event and appreciate the fact we can have a conversation with members of his administration. It definitely is a welcome change.

“We’re not going to agree on everything all of the time because there are certain policy realities that bump up against political realities. Our job is to be very honest and clear about what the fiscal realities is, what the numbers say and make sure we are presenting that case consistently.

For now, the political calculations of the governor couldn’t be clearer.

Murphy won’t say when vaccines will be open to all, but...