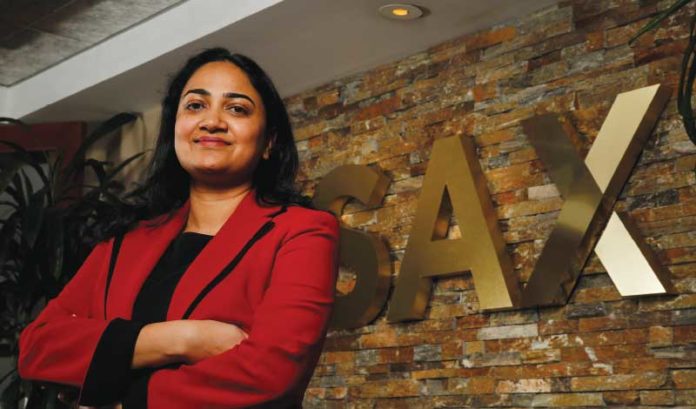 About that assumption of how changing the SALT deduction is going to raise everyone’s taxes in New Jersey — especially high-wealth individuals with the highest property tax bills.

As it turns out, that may not necessarily be true.

While New Jersey politicians — led by Gov. Phil Murphy and U.S. Rep. Josh Gottheimer — are fighting the federal provisions involving state and local taxes (commonly known as SALT), New Jersey accounting firms are testing some of this year’s returns with next year’s rules, and finding things may not be as dire as some are saying.

Shivani Jain, partner-in-charge of tax at Sax LLP, said it’s too early to reach any definitive answers, even three months after the passage of the tax legislation, but said her group has seen some positive results.

Some, in fact, will see their tax bill will go down.

Jain and her team at Sax have found that individuals, particularly wealthy people who were expected to be hardest hit by the SALT changes, can more than make up for the loss of that deduction through a new qualified business income, or QBI, deduction.

“What we’re finding is that people who qualify for that are projected to have their taxes go down,” she said. “Those who don’t sometimes see taxes go up under the changes. It’s very likely that eligibility for that deduction makes the difference.”

The deduction, which applies for sole proprietors or other pass-through business arrangements, reduces your taxable income by up to 20 percent. It’s not straightforward, however. Getting the full deduction requires, among other things, that individuals have below $157,500 in income or $315,000 in a married-filing-jointly situation.

Alex Serrano, a tax expert and managing partner of Citrin Cooperman’s New Jersey office, said it’s still thought that taxpayers in high-tax Northeast states will on the whole experience higher taxes in 2018, but he said the QBI addition complicates the matter.

“Because, for those who can qualify for this, it represents a big opportunity they didn’t see in the past on their tax return,” Serrano said.

So, when it comes to strategy, accountants are now looking at next year’s tax situation through this lens. Serrano said that means if one person in a marriage is a sole proprietor and would qualify for the deduction if filing separate, but not if filing together with a spouse, then the former option should prevail in considerations.

“And that’s why, more than ever, it’s important to have accountants to run these projections now,” Serrano said. “Everyone needs to look closely at how things may change for them under different scenarios.”

Joe Doren, a partner of the firm at PKF O’Connor Davies, said his firm has been doing what he calls an “unscientific sampling,” of data from 2017 client tax returns. He has been able to draw certain inferences based on that, but not every client with every situation has filed taxes for 2017 yet.

“One difference right now is we haven’t done a lot of overly complex tax returns yet,” he said, adding that this was because of the late timing of the release of tax forms such as the 1099-S, which deals with real estate transactions. “Still, I think we’re seeing that more people will benefit than not under the changes.”

The majority of wealthier individuals he has run projections for will end up better off next year under the tax reform. He said SALT wasn’t always a relevant issue on their taxes, anyway.

“In New Jersey, a lot of our client base was subject to Alternative Minimum Tax,” he said, referring to the baseline tax that gets triggered when individuals reach a certain income threshold. “In effect, they weren’t getting the deduction on real estate taxes because they were subject to that instead.”

That said, he has seen situations in which wealthier individuals are paying more. One example was a young doctor making more than $500,000 who found that he would be paying at least $4,000 more next year due to various deduction changes. Another client, a single individual living in the high-tax New York with an income of more than $800,000, would also get a larger tax bill.

Doren did estimates for individuals more toward middle-class income levels and found a retired couple with about $125,000 in income living in a high-tax town would see a new 15 percent tax levied on their capital gains income that proved similarly detrimental to their tax bill.

A lot still depends on further IRS guidance on some of the new tax rules introduced in the reform, as well as whether states succeed in local efforts to alleviate their residents’ potentially higher federal tax burden.

This uncertainty is what makes tax professions, a group that loves specific rules and outcomes, struggling to make an overall generalization about the new tax rules.

“Even after doing quite a few projections and putting our heads together, (it’s not easy) to generalize about whether someone’s taxes will go down,” Jain said. “So much depends on the client and their individual situation.”

In fact, top accounting firms are finding their clients often are more interested in learning more about the return that will be processed next year than this year.

So, at the same time accountants are preparing 2017’s tax returns, they’re trying to guide clients on how to prepare for the biggest tax overhaul in more than 30 years — and they’re still trying to learn about its potential effects themselves.

And next year, Jain said, may not be any easier or any more certain.

“A big thing for us is that if the IRS guidance doesn’t come out in time, software companies won’t have their systems ready for next year, which will delay things,” Jain said. “But we’re looking forward and hoping to be ready — because this reform is huge.”

Only one thing is for certain.

The past few decades of burning the midnight oil at accounting offices during the lead-up to April tax deadlines are proving to be just a warm-up for the current situation.

Even on the rare occasion that accountants do get credit for their behind-the-scenes expertise, no one seems to let them know.

Alan Sobel, managing member of Sobel & Co., said he didn’t realize he was going to be credited for coming up with an idea that New Jersey legislators are running with until the legislative initiative was already being announced.

“I’ve never done anything regarding politics in my life,” he said. “I had written this letter with a suggestion that related to an unfair element (of the federal tax reform) — not thinking anyone would pay attention to it, frankly — and it turns out someone took it seriously.”

At the beginning of the month, a bipartisan group of New Jersey senators announced they were introducing a bill that addresses the deductibility of an estimated $23 billion in state income taxes paid by the state’s business community.

The bill would preserve deductions for small businesses that are registered as S-corporations or other pass-through entities and pay corporate taxes directly through the state income tax. This would be accomplished by switching back to an entity-level system of taxation in New Jersey.

The change, which was vetted by the New Jersey Society of CPAs and was consistent with recommendations made by Sobel in a letter he wrote to Gov. Phil Murphy and other state leaders, wouldn’t cost the state tax revenue, only the federal government.

“This a way for the state to show we’re business friendly,” Sobel said. “It’s important to business owners. And I think if you did it right — with no unintended consequences of justifying taxing people more than they already are — there’s no one in New Jersey who would be opposed to it.”

Reach Alex Serrano of Citrin Cooperman at: aserrano@citrincooperman.com or 973-218-0500.