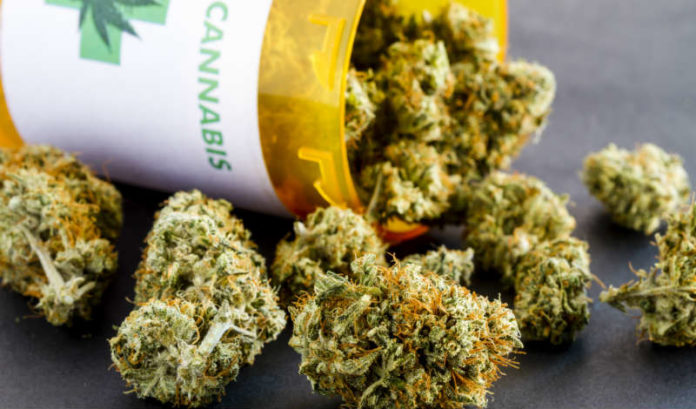 Gov. Phil Murphy’s announced expansion of the use of marijuana for medicinal use Tuesday was welcomed by three of the many cannabis practice groups that are popping up all over the state.

Bill Caruso, an attorney and advocate on the cannabis industry for Archer & Greiner, said the announcement showed one thing: That the governor was willing to do what most people now view as the right thing.

“This was done for the right reason — expanding medicinal access for patients in desperate need,” he said. “Even the most incalcitrant of deniers on legalization have owned up to the understanding that there’s a real need. You would be hard pressed to find people who are against that.

“The governor did the right thing by expanding patient access, both the amount of folks who will now qualify because of the new conditions but also making it easier for those folks to qualify. (He also) broke down some of the barriers around the doctors’ ability to provide guidance to their patients and there appears to be a near-term and short-term effort on expanding the supply.

Five new categories of medical conditions will be eligible for marijuana prescriptions:

And recently confirmed Department of Health secretary Shereef Elnahal also will be able to add other conditions at his discretion.

The other changes effective include lowering the biennial patient registration fee to $100, from $200, and adding veterans and seniors to those qualified for a $20 discounted registration fee, the Governor’s Office said.

Other immediate changes include the lifting of the one-caregiver limit per patient; allowing Alternative Treatment Centers to open satellite locations, which is expected to increase supply in the short term; and enabling physicians who meet requirements of the program to prescribe marijuana without mandatory listing on a public registry.

Jason Navarino, one of the three co-leaders of the cannabis practice group at Riker Danzig, feels the announcement is just the first step in a long process on the issue.

“I think this is the first of a number of things were going to see coming out of Trenton,” he said. “Gov. Murphy has talked a lot about legalizing recreational and he’s certainly relying on that to get the budget he intends.

“So, I think the expansion of medicinal is kind of a segue to that.”

Lee Vartan, a co-leader of the cannabis group at Chiesa Shahinian & Giantomasi, agreed the governor is moving toward full legalization, but he warned it may not come as easily as some think.

“The expansion of New Jersey’s medical marijuana program was long expected and is further evidence that the state is on a fast-track to legalizing cannabis generally,” he said. “The expansion is welcome news, but aspiring cannabis entrepreneurs should not be under the misimpression that licenses will be freely or lightly granted in New Jersey.

“Based on my time overseeing the licensing and regulation of alternative treatment centers, would-be entrants into the medical marijuana business need to be prepared for thorough background checks and offer tight compliance plans and well-thought-out business models. Entrants also need to be prepared to navigate a hostile local zoning environment, at least in some counties and municipalities. In short, entrants need to be well-prepared to maximize the opportunities presented by Gov. Murphy.”

Murphy, in a prepared statement at the announcement, said the move helps change the perception of cannabis.

“We are changing the restrictive culture of our medical marijuana program to make it more patient-friendly,” he said. “We are adding five new categories of medical conditions, reducing patient and caregiver fees, and recommending changes in law so patients will be able to obtain the amount of product that they need.

“Some of these changes will take time, but we are committed to getting it done for all New Jersey residents who can be helped by access to medical marijuana.”