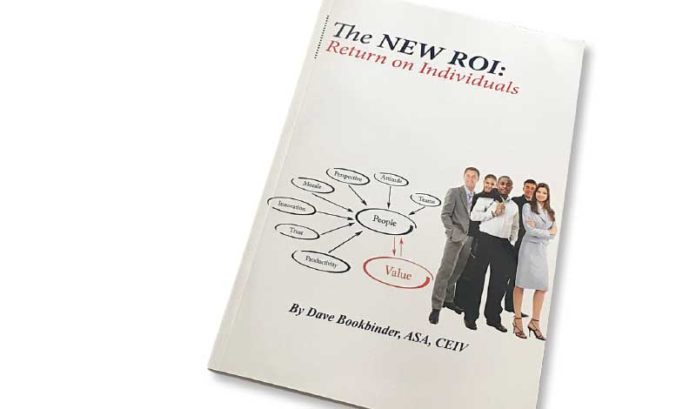 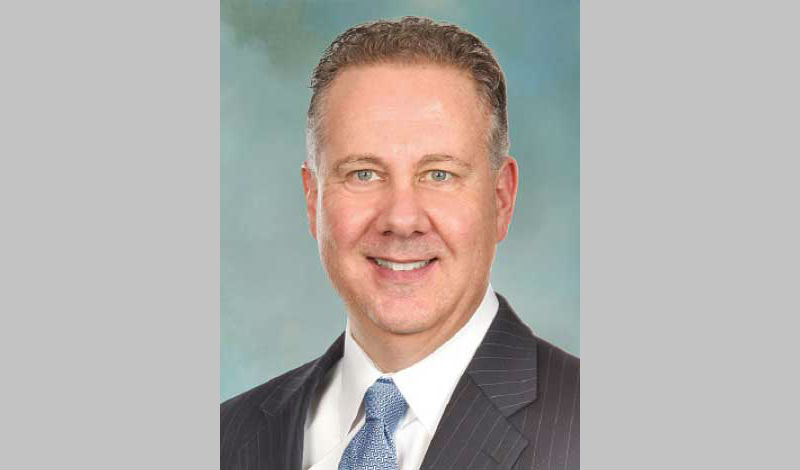 As much attention as it gets, David Bookbinder knows that business leaders tend to look at employee engagement, or anything else under the umbrella of what’s termed human capital, as “soft issues” — distinct from hard-hitting, bottom-line matters.

But Bookbinder has been convinced that human capital is the most important contributor to a business’s success or failure, intangible an asset as talent might be.

Bookbinder, who is a director in the Financial Advisory Services Group at accounting firm EisnerAmper, believes investment in a company’s human capital also has a lot to do with a company’s valuation, and could become more important in valuations as time goes on.

So, Bookbinder — not that he got the idea from us — developed his own twist on ROI: return on individuals. And his book’s titular concept is what ROI-NJ inquired about in this Q&A:

ROI-NJ: Could you further expand on what you explored in your book, “The New ROI: Return on Individuals”?

David Bookbinder: This is a leading-edge type of endeavor. People don’t wind up on financial statements right now. So, there’s this amorphous idea out there right now that employee engagement is a good thing and that you have to do it to be competitive in the marketplace or to attract or retain talent. The premise of the book is really that there’s a more direct return on these types of initiatives, and that’s where the rubber meets the road.

Every CEO on the planet has said, ‘Our people are our most valuable asset.’ But they don’t always necessarily believe it. And they also don’t know how to behave in accordance with those comments. So, the book deals with that — things like teaming, improving employee happiness and identifying toxicity in your employees. All of these things contribute to engagement and getting discretionary effort from your people, which ultimately increases the value of your business.

ROI: How is it guaranteed to really have an effect on the value of a business?

DB: We have empirical data that companies that have been recognized for culture really do outperform their peers. The evidence is featured in the book. Besides that, while doing background analysis, I found that there’s a few things going on right now that could lead to people winding up on financial statements.

First off, investor groups have been petitioning the SEC to require that public registrants disclose more about their human capital — metrics such as how much people are investing in training and other initiatives. Their premise is — if I can summarize it succinctly — if you’re an investor, you kind of like to know if the companies you’re investing in are turning over their leaders every few years. That’s one piece, and there’s a lot of money behind investors and their voice on the matter.

Besides that, (investment management company) BlackRock’s CEO in January published a letter to CEOs of corporate America letting them know they need to be better corporate citizens. And one of the things they’re asking of companies in their portfolio for is better treatment of people — human capital.

ROI: What bearing does the accounting world have on this?

DB: There is a quiet mumbling about it on the accounting side. It’s technical — but, in short, the trend is that business combination transactions are going to be fewer and now we’re more likely to see asset-based transactions. The idea is that, under those transactions, there’s more potential to look at human capital as an asset. In the valuation world — and this gets into some corporate finance wonk stuff — we’re looking at future benefits along with net profits, with a big factor being appropriate cost of capital. Companies investing in people are presumably going to enjoy a lower cost of capital, which means a higher valuation.

ROI: Have these ideas at all trickled into the day-to-day work you do?

DB: It’s still in the early stages of the real-world implementation. People still don’t wind up on financial statements, as I mentioned. So, when we’re valuing human capital, we’re handcuffed by the methodologies we currently have to employ to do these analyses. What I can say is that my collaborating partners are out collecting their data and what I’m trying to do is offer up their services to client companies on a free basis so that we can put to together even more data points to use in our own models.

The ideal scenario is, I’m working with a client, performing a valuation of their business, while I introduce them to a collaborating partner to resolve a teaming challenge or other human capital issue they’re having. They take that initiative to heart, they employ that and we review the results up to a year later and we should be able to track the increase in their valuation.

ROI: When do you expect this to become the norm?

DB: We’re seeing a lot of smart investor money trying to move the needle right now. The change will come when corporate America really starts to wrap their mind around the actual return on these types of investments, too. Even now, no one wants to be company getting berated on social media for not doing the right things with their people. But I expect this will be taken as seriously in valuations as the data tells us it already should be.

Reach David Bookbinder of EisnerAmper at: david.bookbinder@eisneramper.com or 215-881-8839.