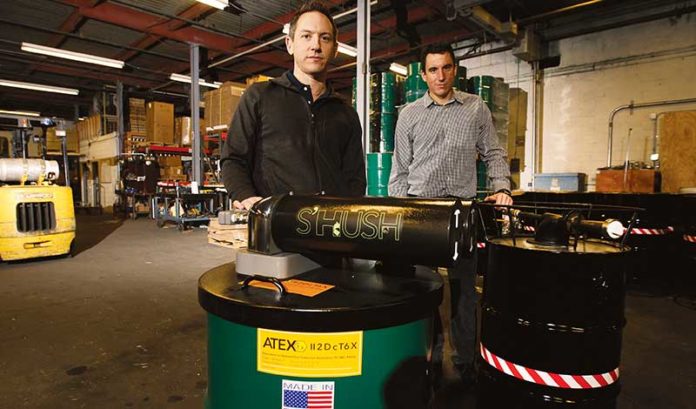 Billy Fornaci was only dimly conscious of how bad things were after his uncle died suddenly and left behind only assumptions about who would take over the family business he owned, Midland Park-based Hafco Foundry and Machine Inc.

All those hushed tones and closed-door meetings made it hard to get a sense of things.

But, when he figured out that the heightened tension of those days was family fallout that was soon to explode in a legal battle, he realized what a lesson they would be learning.

“If you lose someone, you’re really only as good off as what’s left in writing,” Fornaci said. “And, when there’s nothing at all, things can really fall apart.”

Brothers Billy and Basil Fornaci figured their father would take over the family business, given that he was the company’s chief financial officer. Their uncle, who was the 100 percent owner of the Midland Park company, never made the matter official, which led to a dispute with their aunt, who the business defaulted to.

“What followed was a lot of confusion and in-fighting about what was going to be happening with the company,” Fornaci said. “It was six months of that. And then, in six months after my uncle’s passing, I lost my father in a similar set of sudden circumstances.”

After even more negotiations in closed-door environs, the family ended up coming to an agreement, with the brothers taking over the nearly $6 million company, which distributes metal castings and machine parts as well as industrial pneumatic vacuums and dust equipment.

It wasn’t much comfort, but accountants and lawyers kept telling Fornaci that what his company was going through was nothing new in the life of a family business.

Lisë Stewart, who works closely with many local family businesses in her role as director of the Center for Family Business Excellence at accounting firm EisnerAmper LLP, said it’s the most common issue at the intersection of succession planning and family business.

“I hate to say it, but in some ways that’s really our bread and butter work,” she said. “Fewer than 10 percent of businesses really do any extensive succession planning. And that causes problems.”

The Fornaci brothers were helped on their succession issues by the Small Business Development Center of Ramapo College of New Jersey, which they also got business advice from.

Stewart said that, although many accounting firms offer certain services in this area, not every accountant likes to touch it.

“A lot of professionals don’t want to get involved with what they consider to be the emotional side of this — ‘If they’re going to cry, get me out of here,’ ” she said.

“But these people are making some of the biggest decisions of their lives, and we need more people who are willing to step in and guide them.”

Of course, it’s best if a business never has to seek these solutions at all — which means never being on tenuous grounds as it regards succession.

But the fact is, as Barry Horowitz of WithumSmith+Brown expressed, many businesses just don’t even want to consider the sort of unforeseen circumstances at the center stage of these issues, like death.

“So, people sit on it — and it makes lawyers a lot of money later,” Horowitz said. “They’re the ones that really come out best in family squabbles over money or business control.”

But it’s also possible for businesses to do some amount of homework and basic preparation, and have that be not nearly enough, Horowitz said.

“It can be bad if the plan was drafted poorly or vague, but I’ve seen worse if no decision was made at all,” he said. “And verbal agreements may mean something, but it just as often leads to World War III.”

One thing that can get in the way of significant planning for future generations at a family business is that those companies have more options for exiting a business than ever, which some business owners imagine they will be able to take advantage of before their time is up.

Alan Scharfstein, president of mergers and acquisitions advisory firm The DAK Group, said that, in general, family businesses are more inclined right now than ever to choose to sell their business.

“That’s due to a variety of factors,” he said. “One being that this generation of family business owners are often selling businesses earlier than parents would’ve — because their parents identified themselves with their businesses, while younger generations tend to want to carve their own path.”

Add to that the fact that valuations in acquisitions today have risen significantly and foreign businesses are showcasing an unprecedented level of interest in acquiring local businesses.

But Gerald Shanker, who leads the business valuation and litigation support practice at KRS CPAs, said that doesn’t hold true for family business in the situation of having an owner pass without a succession plan. Businesses that end up being sold after running into circumstances go for much less because of the extra difficulty involved in the transaction.

“It’s not uncommon for an (acquiring) business to want to review the books several years,” he said. “Those records may not speak for itself — and, if the owner of the business is not there to answer questions, it can be more perceived risk.”

Shanker said customers and clients of a business also can rapidly reconsider their relationship with a business out of nervousness about a company’s precarious ownership situation, adding insult to injury for a company’s valuation.

On top of that, due diligence doesn’t happen the night before a business is sold, Shanker added.

“Like in one recent sale, the due diligence process took nine months,” he said. “And there are still open issues about certain things — and this was extensive due diligence, with accountants from three different offices of a Big Four accounting firm occupying my conference room for two solid weeks.”

True succession planning is more about the long-term success of the business than potential quick-gain transactions, Stewart said.

“And if you’re going to plan for long-term success of a business, you have to pay attention to a lot of moving parts,” she said. “That means looking at the company’s potential leaders based on strategic needs of company, not just replacing mom or dad.”

In any case, such planning shouldn’t be delayed.

“If companies can start to do this planning early, when the successors are quite young and current leaders still have a lot of energy — that’s the time to do it,” Stewart said. “And starting early is key, because it can take as many as three to five years to prepare a successor to take over a business.”

Fornaci knows all about it — trust him.

“At the least, to put your thoughts on paper and have them clearly laid out seems to me to be a pretty easy step to saving a lot of headaches later on,” he said.

Lisë Stewart, who leads EisnerAmper LLP’s Center for Family Business Excellence, detailed some of the pitfalls many business owners run into when executing a succession plan.

“If you’re an entrepreneur that started a business and was doing this for 20 or 30 years, you may lose track of what made you successful in the first place — the unique attributes that have made it possible for you to build the companies out that are taken for granted. The next generation may not have those skills and developing them takes time. Business owners should step back and think about what their skills and attributes are, and how they can be replaced.”

“Business owners will say, ‘I’m going to step away so Junior can take it from here.’ And then, a couple of months down the road, they’re popping back in, still making decisions, or employees are going around the new leaders to the previous generation to ask questions about running the business. Business owners need to be clear about what new generations need to do to make you confident they can do this on their own.”

“Owners have to figure out what the next phase of their life is going to look like. I hear so often, ‘I’m going to play golf or travel.’ But the reality is — if they’re not doing it today, the chances of them doing it tomorrow is nil — it just doesn’t work out that way. … You have to figure out how to continue to establish a sense of self-worth and contribution, and it’s sometimes difficult to do that.”

Reach Barry Horowitz of WithumSmith+Brown at bhorowitz@withum.com or 212-829-3211.

Reach Alan Scharfstein of The DAK Group at ascharfstein@dakgroup.com or 201-478-5275.

Responsible-investing strategy is ahead of curve

Morristown-based Berkley One expands in Midwest