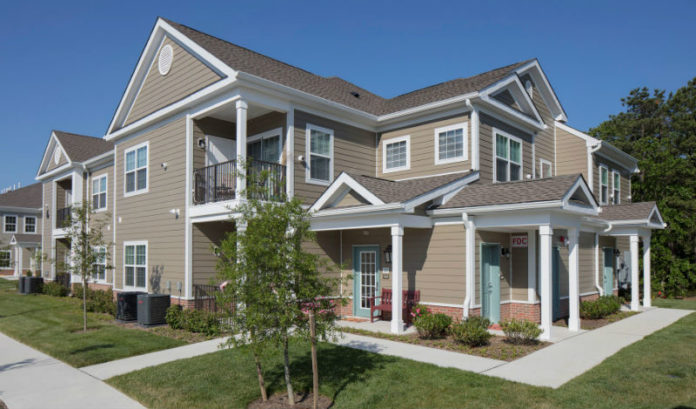 Walters Group announced recently it is nearing completion on the first residential buildings at The Ponds at Jackson Twenty-One with occupancy slated for May.

When completed, the 88-unit, income-restricted community will be part what Walters Group calls a “larger planned downtown-style neighborhood being installed in stages by various developers in northern Ocean County.”

“We’re extremely proud of The Ponds at Jackson Twenty-One,” said Ed Walters Jr., founder and president, Walters Group. “It’s a high-quality development that will provide much-needed housing options for the local workforce as well as make a long-term positive impact on the local economy.”

The Jackson community, located at 100 Mallard Court, is designed to achieve LEED and Energy Star status, and is expected to be entirely completed by October. The first eight units will be finished this month.

When completed, the one-, two- and three-bedroom apartment homes will range from 854 to 1,172 square feet and rents will be from $465 to $1,275. It is filling a need for income-restricted housing for the township, Walters Group said.

A portion of the development was funded by the Federal Low Income Housing Tax Credits program.