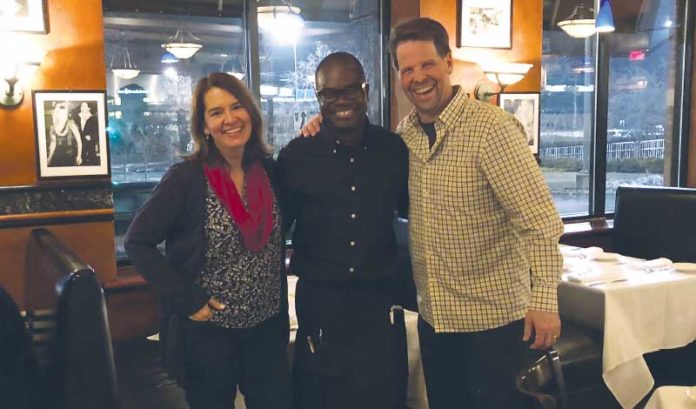 I went to my favorite restaurant last week: Papa Razzi, located at The Mall at Short Hills.

Don’t try to make a reservation; its final day — after 24 years — was last Saturday night.

As I sat there, flooded with memories of a younger version of me, one working a second job in the months (then years) after graduating from college, I couldn’t help but realize how the restaurant business prepared me for my job in the business world, as editor of ROI-NJ.

And I also came to the realization that a semester spent working in a restaurant would be better training for a career in business and management than any class of any MBA program.

It is filled with a representative of every socioeconomic and educational class, all required to work together as equals in a unit. From college students to young professionals (and those in between both worlds), from moms returning to the workforce after leaving it to take care of children to immigrants looking to get a foothold in a new country, to the lifers (those who often joked about getting a “real” job) who really are the backbone of the place.

And it isn’t just about your current spot in life. It’s about your spot in society, too.

Dreamers? We all were looking for that 25 percent tip, but, for many, the moniker had a second meaning we didn’t know about in the mid-’90s.

The same goes for the many employees who we now know make up the LGBTQ population.

Name another job where all of these segments of the population not only work together, but work together as equals?

Gender equity. Restaurants always have had that. Your income is based on how hard you work every minute of every shift. Tough to ask for anything more than that.

For starters, the servers always had the potential to make more on a shift than management (where else do you see that?). And the group that management was supervising, at least in the front of the house, were essentially independent contractors, selling a product to customers while serving as the face of the brand.

Contractors aren’t an extra hand in the restaurant business, kept on because you don’t have to pay them benefits. They are the lifeline of the business. Management’s job is to get all those contractors to work for the greater good, even when they do not directly benefit financially (running food only helps others make money — and running plates to the line takes time away from their own customers).

How to motivate that group of employees can’t be learned from a lecture or a textbook.

Those contractors got schooling, too.

They not only learned the customer was always right, they learned if they didn’t take care of their supply chain (the line cooks), they didn’t have an end product to sell.

More amazing was this management scenario: One of those daily contractors (the “checker”) was placed in charge of all others on a rotating schedule — and just for that shift. No one could leave until the checker had confirmed you had done all your side work (refilling coffee or glasses or whatever it was).

Where else does management rotate daily among the workers? And how many managers have to do their job knowing the people they are supervising could be their supervisor on their next day at the office?

Trust me, you learn to how to listen to the concerns of the people you manage in this scenario. “Because I said so” doesn’t work in restaurants.

Rick O’Neil, the best manager I have worked for, taught me concepts I still use today. He called it the A-B-C method of management. “A” employees, he said, always will do the right thing. “C” employees always will cut corners and complain. How you treat the “B” employees will determine which group they eventually join — and the eventual success or failure of your group.

Simple, but ask yourself if that idea would work in your workplace.

More than anything, the restaurant business teaches you about work-life balance — and how you can’t really separate the two. A restaurant’s success is as good as the family of employees it has working there.

Make it a family atmosphere, and you will have engaged employees.

I saw evidence of the Papa Razzi family on my final visit.

Halfway through my meal, I looked up and saw Nick, a server I worked with nearly two decades ago, who also was making a pilgrimage back to the place. Nick is a lifer, one who has put two kids through college, one tip at a time. He has worked at numerous restaurants in North Jersey, but he was drawn back to this one because of the camaraderie amongst the staff.

It let me know I wasn’t the only the one who felt Papa Razzi treated its staff the right way.

Of course, the evidence was right in front of me.

Our server was Kool — a nickname he got when he started (almost from Day One) as a quiet immigrant form the Ivory Coast. He became the heart and soul of the place, working day and night for more than two decades as if the place were his own. Kool stayed all those years because he was valued by management.

Every business has one such employee. Ask yourself: Are you taking care of that one special employee who serves as the employee all others look up to at your business?

You know the deal: All companies have someone who runs the place — and someone who makes the place run. Find that person and thank them. They are making you look good — and your job easier.

Kool said the final week had seen a flood of former employees return. (How many businesses would have that happen on their final week?) Most alums had moved on to another stage in life. Different job. Kids. No more late nights cleaning the kitchen, the line, the bar and the floor after a shift that may or may not have produced enough money to pay the latest bill or let you go to the late-night establishment that was filled with others in the industry who didn’t have to get up at 7 a.m. the next day.

Among them was my date, Lori.

The former server/hostess was just looking for a paycheck when she moved to New Jersey from Kansas City, looking for a job in the big city.

She landed a job, but like many in the restaurant industry, she stayed on part-time.

Doing so, led to a husband of 23 years and five kids.

We have spent many a special occasion at Papa Razzi, from wedding anniversaries (where else would we go?) to our daughter’s graduation, even once for Easter dinner (when our plans were changed at the last minute).

The best times, however, were just the casual trips, when we would see how many employees we still knew (there always was at least one, often Kool or Donna, the matriarch of the place).

We still keep in touch with a lot of the old gang (one of the few things Facebook is good for). We do so because it was a unique place where work became a second family in the best of ways.

Work needs to be about family. After all, we spend as much time at work as we do at home.

I’ve tried to create that atmosphere at ROI. I hope my colleagues feel the same way about ROI as I do about Papa Razzi.

If they do, it will because of all of the management lessons regarding diversity, fairness, teamwork, camaraderie and family I learned in the restaurant business.

So, good night, Papa Razzi. I’m sad to see you go. But the business and management lessons I learned there will live on forever.