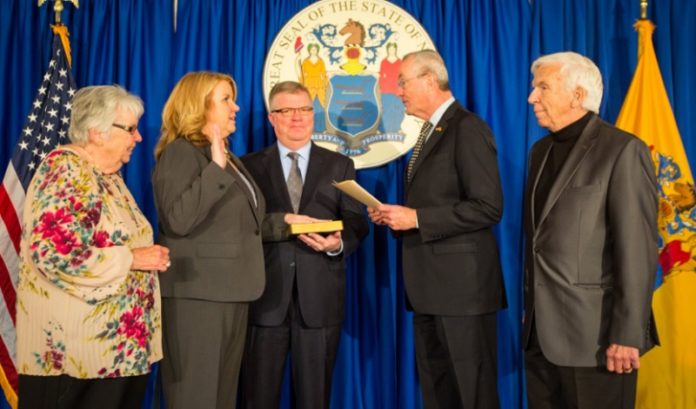 “I am honored to officially welcome Jemal Beale, Shereef Elnahal and Carole Johnson as members of the cabinet,” Murphy said.

“Their breadth of experience and commitment to service helps to ensure a bright future for New Jersey and all those who live here. I applaud the Senate for confirming their nominations and look forward to moving forward with pending appointments, a critical part of building a stronger future for our state.”

“It is the ultimate honor to command the more than 8,400 Soldiers and Airmen of the New Jersey National Guard and as a veteran, I look forward to serving the more than 350,000 veterans in the state by providing the best services available,” said Beale.

Before becoming the 21st commissioner of the department of health, Elnahal was a physician executive in the U.S. Department of Veterans Affairs, serving as the assistant deputy under secretary for health.

“I am honored that Gov. Murphy has chosen me to lead the Department of Health,” Elnahal said. “It is a tremendous responsibility. But with a new leadership team and a governor who has already guided the department to make progress on the state’s most pressing health issues, such as restoring women’s health funding and significantly expanding access to medical marijuana, I am confident that we will be successful on behalf of New Jersey residents.”

Prior to her appointment, Johnson was in the Obama White House as a senior health policy adviser and member of the Domestic Policy Council health team.

“I am honored to be sworn-in by Gov. Murphy to serve as commissioner of the Department of Human Services,” said Johnson. “I share Gov. Murphy’s strong commitment to giving all New Jersey residents the opportunity to thrive and reach their full potential. I look forward to working closely with the individuals and families we serve, stakeholders and legislators to continue to improve the vital services of our department to help realize that goal.”