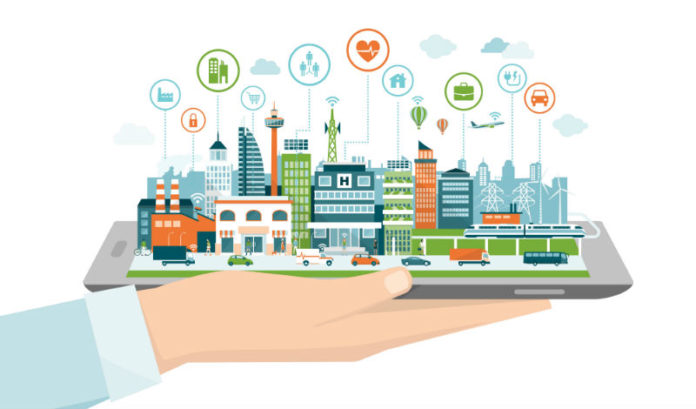 Newark Mayor Ras Baraka and a host of technology leaders will announce Wednesday morning that Newark will become just the fourth city in the world to launch Link, a new communications network of sidewalk kiosks that will provide residents and visitors to Newark with a number of free Wi-Fi services.

The program, called LinkNWK (pronounced Link Newark) will provide free gigabit Wi-Fi, mobile device charging, phone calls to anywhere in the U.S., access to municipal services, maps and directions, and real-time local information on city streets at no cost to taxpayers or users.

The city will partner with Intersection — a New York-based technology company which says its mission is to connect the digital and physical world to created smart cities — to provide the service.

Newark, because of its vast network of dark fiber, is the perfect candidate for the program, officials said.

The announcement of LinkNWK will come at an 11 a.m. event at the New Jersey Institute of Technology. It will be one of two major technology announcements.

Baraka and NJIT President Joel Bloom will formally announce that NJIT will host the prestigious VOICE Summit, a three-day event July 24-26, which will discuss natural language processing. The event will be sponsored by Amazon Alexa.

Baraka had previously announced the conference at his State of the City address earlier this month.

“These are game-changing announcements for the City of Newark,” Baraka said in a release. “The VOICE conference is yet another milestone in Newark’s growing importance as a technology hub. Voice technology will soon be how the entire world communicates with computers, machines, cars, home appliances and more, and it will be how these devices communicate with us. The people who are at the cutting edge of voice technology are coming together to discuss and plan how it will transform our world.

“And LinkNWK is only possible in Newark because of our incredible dark fiber assets. What you’re seeing is a futuristic, visible, manifestation of the city’s tech infrastructure on our streets and in your neighborhood. All of this is happening in Newark, New Jersey.”

“NJIT has long been a catalyst for technological innovation,” he said. “In addition to our significant research output, we house New Jersey’s oldest and largest technology business incubator as well as the New Jersey Innovation Institute — a portal and platform for applying NJIT’s intellectual and technological resources to challenges identified by industry partners.

“NJII’s unique operating model has enabled us to foster mutually beneficial collaboration among traditional marketplace competitors, such as IBM, Panasonic, Juniper, Nokia, and others. The LinkNWK program; the VOICE Summit and the MetroLab conference October 15-16 build upon our tradition of bringing innovative technologies to Newark for the benefit of the city, its residents and its industries.”

Officials said there will be an initial investment of 45 kiosks installed throughout Newark, encompassing areas around Newark Penn Station, the Prudential Center and along Broad Street, Market Street, Martin Luther King Boulevard and Irvine Turner Boulevard.

LinkNWK will be free to all residents and visitors because it is supported through advertising on the Link displays. In addition to covering the costs of building, installing, maintaining and upgrading LinkNWK, advertising is expected to generate revenue for NCEDC and the city to help fund other smart infrastructure programs.

Ari Buchalter, CEO of Intersection, said LINK is a perfect fit for Newark.

“With its growing tech community, renowned academic institutions, and key investments in municipal fiber, Newark is a perfect partner for the Link program. As we’ve seen in New York City and London, providing free high-speed Wi-Fi, digital services, and engaging content on city streets enriches the experience of the city for residents, workers and visitors. We are thrilled to welcome Newark to the growing network of Link cities looking to modernize and improve the urban experience.”

NJIT also will partner with Intersection to help explore innovative use cases for the Link network.

Bloom said LinkNWK is a perfect fit for NJIT.

“This program builds on the university’s many years of dedication and exploration to bring innovative technologies to Newark,” he said. “We look forward to partnering with Intersection to identify new ways for Links to be used throughout our city streets.”

Buchalter said Intersection already has deployed kiosks in Philadelphia, New York City and London, with thousands more set to be deployed over the next few years.

Since its launch in 2016, Buchalter said more than 3.6 million people have registered to use Link’s free Wi-Fi, with hundreds of thousands of free phone calls and other kiosk services accessed each month.

The VOICE summit will serve as a gathering place for more than 1,500 developers, designers, leading brands and agencies who are reimagining how we interact with technology through voice.

The summit will feature keynotes and panels led by brands that are enabling interactions across a variety of devices and revolutionizing customer engagement and access for all by leveraging voice technologies such as Alexa and chatbots. It will also include hands-on voice development and design courses taught by Amazon staff members and partner API providers.

Erickson said he was excited about what will be discussed at the event.

“It’s an exciting time to be working with Amazon to bring the world’s best companies and brightest minds together under one roof to explore the boundaries of natural language,” he said. “We believe human connection is vital in the era of digital transformation and this event allows us to create an accessible platform for all who desire to stay ahead of this software revolution.”

Retail
Tom Bergeron -
May 5, 2021
Mike Urenko said he didn’t know what he would find when the Lowe’s store he manages in Morristown began its National Hiring Day program...

Finance
ROI-NJ Staff -
May 5, 2021
Brenda Ross-Dulan, a veteran of more than 25 years in the financial services industry and the CEO of the Ross-Dulan Group, a strategy consulting...

Lifestyle
ROI-NJ Staff -
May 5, 2021
The New Jersey Hall of Fame has announced its 50 nominees for the 2021 public vote. The nominees to the hall, now based in Newark,...