Home Finance You may not be able to touch cryptocurrency, but that doesn’t mean...
Facebook
Twitter
Linkedin 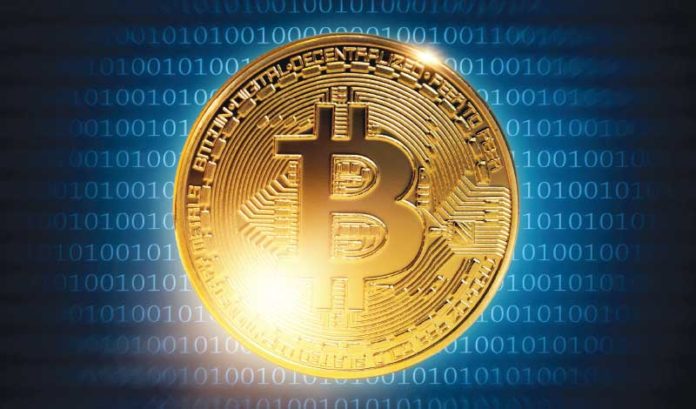 Chris Whalen is way ahead of the game at the boutique accounting firm he runs in Red Bank. He has been offering to do accounting work for cryptocurrency holders for years.

About four years, that is. And when it comes to this sector, that qualifies as a mile-long head start.

“There are many accounting professionals who haven’t seen cryptocurrency as viable from the beginning,” he said. “Some see it as flash in the pan, or, depending on the media they watch, they see it as a bubble that will bottom out. Well, it’s to their detriment.”

In the first week of March, Whalen had four clients show up at his firm’s doorstep after they asked their own accountant about cryptocurrency, and, Whalen said, “It turned out they hadn’t done their homework.”

His firm, Chris Whalen CPA, or CWCPA, has capitalized on this and is experiencing double-digit growth.

Whalen, whose interest in virtual currencies is an extension of his career-long foray into the world of alternative investments, said he regularly gets calls from partners at larger accounting firms asking questions about cryptocurrency.

Some accountants — or accounting firms as a whole, even some of the largest — haven’t had much interaction with handling mostly still unregulated, digital currencies such as Bitcoin, even if the maintenance of it requires just as much accounting expertise as anything else.

But that’s becoming less true all the time.

Chris Demayo, a partner at WithumSmith+Brown P.C., is a team leader for the Princeton-based firm’s Technology Services Group. Demayo said more local accounting firms, including his own, have picked up cryptocurrency specialties.

“But there are a lot of firms waiting to see where it goes and how it evolves,” he said. “To really understand this, you need to know something about blockchain technology, and that’s not something every firm is going to have.

“What this nuanced and complex technology may do is start to require a different profile of accountant than what we’re employing in the industry — maybe even developers or technologists.”

Demayo’s view is that the industry is starting to catch up to a trend that has only unfolded within a short period of time.

“It’s only within the past nine to 12 months that this really came into the public lexicon,” Demayo said. “And, then, just in the past seven months or so, it became a hot form of transacting.

Accountant Robert Graham said when his firm, Friedman LLP, got into this area just about three years ago, things were much different.

“It was mostly specialized fintech companies looking at digital currency,” he said. “An accounting firm’s mainstream clients weren’t interested at all. … Now, it’s one of the fastest growing practices we have; and everyone is asking about it.”

When it comes to cryptocurrencies and the decentralized ledger — or blockchain technology — that’s underlying it, Graham said it’s not just tech companies taking an interest today.

“It’s really industry-agnostic,” Graham said. “It could be a pharmaceutical company that may want to look how it could help track drugs, or any company examining its potential for exchange or holding it as an asset.”

Aside from businesses, individuals and investors have started to come to accounting firms for help managing cryptocurrencies, seeking advice on all the implications it may have for their taxes or finances generally.

Simon Filip of KRS CPAs said in his experience, these tend to be a firm’s younger clients.

“So, it’s also likely newer clients,” he said. “Meanwhile, a lot of the traditional clients of accounting firms are sticking to the stock market.”

Filip said accounting firms can play a critical role right now in clearing up the confusion surrounding cryptocurrencies, of which there is a surplus.

He added, as an example, that individuals will come in and tell accountants that they’ve been doing some mining of Bitcoin — with an expectation that it will be non-issue. But that has its own tax treatment, and, as a for-profit activity, it’s subject to income tax. A quirk of Bitcoins and other virtual currency is that they are treated as capital assets and not as currency for tax purposes.

Whalen said that, due to all of the uncertainty, clients who have been buying or selling virtual currency often learn for the first time at an accountant’s office what their tax responsibilities were — and how they might have been unknowingly evading them.

One of the more interesting stories in the Bitcoin boom is just that — how accountants have had to get cryptocurrency adopters to dig back through the history of their digital wallets in ways that necessarily differ from traditional money transactions.

This accounting work is becoming its own boom, Whalen said, now that increased IRS oversight of virtual currencies has brought these adopters out of the woodwork.

And whether accounting firms will more embrace expertise in virtual currencies will largely depend on how restrictive governmental entities start to become.

“But, in general, it’s hard to foresee a time when this isn’t getting more attention in the accounting world,” Whalen said. “As laws and regulations are being promulgated, we’re at the same time going to see companies that are holding cryptocurrencies as an asset or governments doing that, too.”

An implication of this could be that accounting software such as QuickBooks will have to start factoring in cryptocurrencies as they become more of a means of exchange, Whalen said.

But adjusting as an industry to a virtual currency such as Bitcoin won’t be easy, given that these digital money platforms are operating on an ever-changing set of standards.

Cryptocurrency: A form of digital or virtual currency that uses code encryption technology for security. Transactions under this new form of currency, which are done through the exchange of public or private keys online, tend to be anonymous.

Bitcoin: The first cryptocurrency to capture the public imagination. It was launched in 2009 by an anonymous individual or group. Bitcoin has since spawned competing virtual currencies. As of last year, the market cap of Bitcoin surpassed $100 billion.

Cryptocurrency and another technology buzzword, cybersecurity, are getting along swimmingly at accounting firms.

Late last year, Friedman LLP announced it was adding cybersecurity consulting to its service portfolio, with the launch of Friedman CyZen LLC, a wholly-owned company of the accounting firm.

Friedman LLP partner Robert Graham said this represents an opportunity to offer related services to existing cryptocurrency clients. It’s pitched as a way to secure digital assets rather than relying blindly on vendors that do some level of protection for virtual currency.

“The No. 1 threat we see facing those in cryptocurrency is security of digital assets,” he said. “Of course, cybersecurity serves a lot of functions, but this really is instrumental for those clients.”