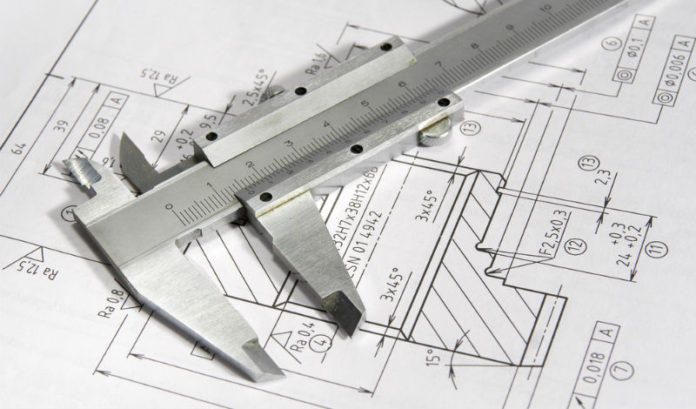 Anthony Iacono, the president of County College of Morris, was thrilled to be to tell the audience about the $10 million engineering and manufacturing building coming to his campus.

Iacono, the introductory speaker at the New Jersey Manufacturing Extension Program’s State of the State event last Friday at CCM, knows the 30,000 square-foot building not only will help the students at the school but the nearby manufacturers who are in dire need of a next generation of workers.

The building will triple the amount of space the school can devote to the manufacturing sector in the state, he said.

And Iacono said it’s just one of the many ways he is hoping to continue and strengthen “the long legacy” the school has had with the manufacturing sector and the community it serves since arriving on campus for the start of the 2016-2017 school year.

“Because of the support of industry, elected officials and some very favorable donors, I’m happy to say we will be constructing a new 30,000-square-foot manufacturing building on this campus,” he told the crowd of a few hundred.

“These kind of things happen because a lot of people get involved. We spent over a year talking to industry leaders, talking to large and small-scale manufacturers and spending time with elected officials as well.

“It’s the partnerships that makes such a difference.”

The building, which Iacono said is scheduled to open in the fall of 2019 on the Randolph campus, will support students seeking to use CCM as a starting point for a four-year degree.

More than that, he said, it will deepen the college’s connection to the manufacturing sector.

“The side that we’re really looking on expanding is our close relationship with industry,” Iacono told ROI-NJ. “Right now, we do a lot of training for them. Sometimes we do it at their place, it’s very specific. Other times they come here. So, a lot of what the building will do is a lot of industry-specific training.

“It can be, ‘I just graduate high school and I was just want to get a certificate and go to work because the jobs are plentiful.’ Or it can be people who are saying, ‘I already have a job with a manufacturer, but they are modernizing, and I need training, so I can continue to be valuable or move up in that company.’ ”

The building will also allow the college to double the space used by its health science programs, allowing for the addition of a state-of-the art virtual hospital and new health programs to meet area employment needs.

Funding was provided by the state, the Morris County Board of Chosen Freeholders and private donors. A total of $350,000 has been donated to the CCM Foundation to expand the facilities for health science programs.

Iacono said the school has hired an architect and is currently interviewing contractors to do the work.

And while the building will be a great help to the school, Iacono stressed its current facilities are top-notch, too.

The school, however, outgrew its reach, necessitating the need for an expansion.

“We have some brand-new equipment that was donated (to) train students on, but we don’t have the floor space, so it’s sitting in their facilities,” he said. “In the new place, we’ll have floor space and begin the training right away. We’re almost tripling our space right now.”

The new space also will allow for more classes.

“We’ll new programs we haven’t had before, such as automation,” Iacono said. “Not just robotics, but the automation piece. And then do a lot of very specific training for companies.”

Company training, Iacono said, is a key part of the partnership.

That need came from meeting with industry officials.

“We met throughout the summer with various industries and manufactures, asking, ‘What do you need? How can we serve you better?’” he said. “The big thing was that we need more workforce training.

“The manufacturers have told us, ‘We’re getting hit three ways: We are expanding and growing, and we want to keep up with demand. We need more people for that. We are modernizing so we have to re-train employees. And we have a lot of retirements, so we need a next generation of replacements.’

“The new building will be multigenerational. We have a partnership program with Morris Vo-Tech so we expect to continue to see the 16-year-old student all the way through the 60-something-year-old student.”

Shah, an alum, named to NJIT board of trustees