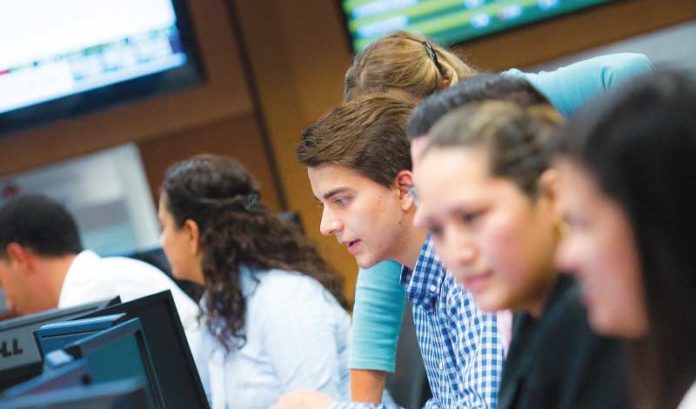 If anyone has underestimated the size of Big Data, it’s those in higher education.

Siamack Shojai of William Paterson University said that statistics show that 20 percent of all Big Data analytics jobs are going to be in this region, and that the industry is expected to grow by at least a third of its current size over the next six years.

“And yet, a lot of statistics have also showed us that there is a shortage of talent in this area,” Shojai said. “Businesses have a lot more trouble than other areas in coming up with a good candidate (coming out of college to work in this field). There’s a huge opportunity here.”

So local universities are starting to respond to the need for education in Big Data analytics, which is the process of using large pools of data to find out more about customer preferences, where certain trends in the market are headed or other patterns that can apply to business operations. William Paterson University is launching a new Master of Science degree in applied business analytics, which takes an interdisciplinary approach to bolstering students’ industry preparedness, requiring courses in math, computer science, statistics and business.

Shojai, who is dean of the Cotsakos College of Business at William Paterson University, said that there are just a handful of programs dedicated to this relatively new domain of study in the state — and none are exactly the same.

“There are about seven other (college) programs in New Jersey doing something in Big Data,” he said. “Each has a separate emphasis, and so they are doing it in different departments — some are in mathematics departments, some business and some computer science.”

William Paterson began looking into taking its own approach to a data analytics program recently as part of a broader initiative to grow the school’s graduate programs. In trying to develop a program different from what existed already, leadership at the Wayne campus examined both what other schools were doing in relation to industry demand.

“A lot of programs out there are based on theoretical discussions — and less focused on teaching business acumen and how data analysis can be applied to that,” Shojai said. “So, we decided to have that as our niche.”

Jonathan Lincoln, associate provost for curriculum and international education at William Paterson, said a marriage of the theoretical mathematics side of the involved analysis and practical business language seems like an obvious choice for teaching career-minded students.

“It’s really based on the need for employees both current and new to be able to not just do the statistical analysis but also to know what to do with it,” he said. “This came out of a careful study of the job market and what the industry wanted. We did that because we wanted our first cohort to be successful in getting promoted in this growing field and able to build a strong career in it.”

The program at William Paterson, which was approved through a state-involved process in March and will begin enrolling students in the summer, takes students from the minutiae of mining for information in databases to conveying it in a way that can help a company’s bottom line.

Lincoln said a lot of larger companies are looking for fresh talent to do just that, in addition to organizations in sectors such as the health care industry. The new school’s new program lets students choose concentrations, including health care, if they have interest in a particular industry.

At the same time it was detailing this program, the school joined the state’s larger framework for advancing studies in this field — the collaborative New Jersey Big Data Alliance, Lincoln said.

“One of the reasons we joined is because we’ve been developing new computer science programs and this new program was on its way to approval,” he said. “We really felt that it was best to bring it forward in a way that adds to the state’s collaborative environment.”

At the end of April, the consortium of state colleges and universities will be hosting a career fair focused on the data sciences. It will be the first time New Jersey’s higher education institutions have organized a statewide career fair to this end.

William Paterson will be one of a dozen schools participating in it. Its leaders see this as an initial step toward bridging that aforementioned regional talent gap in big data analytics.

“With the ability to capture so much data today, companies are eager to hire people who can be innovative about applying it to business strategy,” Shojai said. “We’re excited to be part of teaching that.”

Contact Jonathan Lincoln of William Paterson University at: lincolnj@wpunj.edu or 973-720-2858.