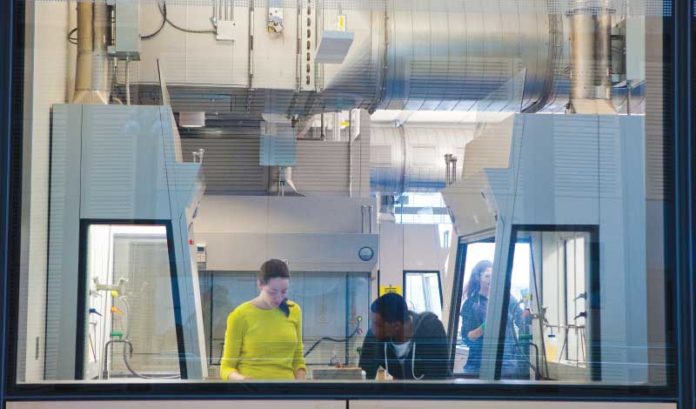 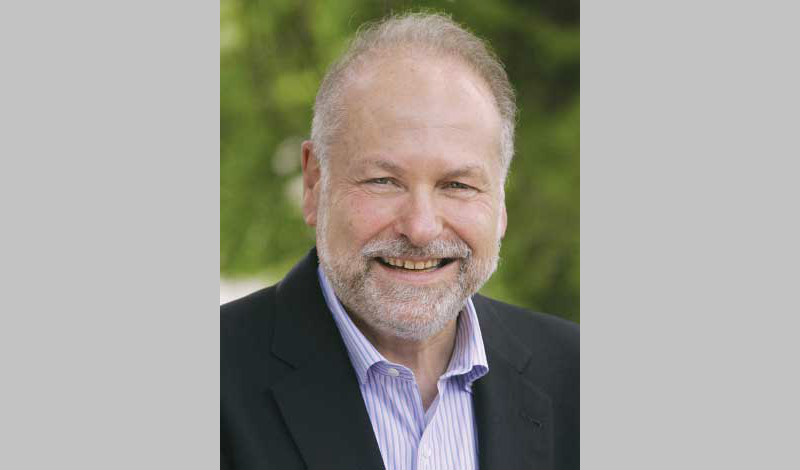 Dean for research sounds like a big job at a research university with as much clout as Princeton.

Pablo Debenedetti, who was named the prestigious university’s dean for research five years ago, handles a great deal.

It’s just not a job that comes with a lot of publicity or notoriety.

But even though Debenedetti is scarcely quoted in media, he’s busy behind the scenes — working directly with Princeton’s provost and other senior leaders in encouraging the sort of innovation that has long made Princeton a world-renown campus for research.

The longtime Princeton engineering professor spoke to ROI-NJ about the school’s own research as well as the prevailing trends directing the course of research efforts overall today.

ROI-NJ: Can you start off by highlighting some of the areas of research you’re most excited about at Princeton?

Pablo Debenedetti: One area we’re very strongly focusing on is bio-engineering, that is, the synthesis of life sciences and engineering. We have strengths in both those areas, but we also feel that we ought to strengthen the interface between them. So, that’s something we’re looking to do major investments in. There’s also the whole area of computational biology, which includes bioinformatics, functional genomics and other new areas. It’s very exciting for us.

Energy and the environment — I don’t need to explain why that’s important. We have a wonderful center called the Andlinger Center for Energy and the Environment, where we’re leading research groups in carbon capture, climate modeling and energy storage. That’s going to be one of the priorities of Princeton going forward. We’re going to have a major initiative and a brand-new building to support this work.

Another area that is thriving today is the intersection of computer science and policy. We have a center for information technology policy and within that we just created a research consortium involving many organizations and corporate partners.

ROI: How much of research today is being driven by this trend of previously unseen university cross-collaboration?

PD: I don’t know how unprecedented it really is, but certainly collaborations these days are more pervasive than they’ve ever been. I would chalk that up to the fact that research takes place much more across boundaries once rigidly defined and made into disciplinary silos. Those silos, while necessary to define what a discipline is, have given way to the possibilities afforded by multidisciplinary research, such as data science.

The ability to process huge amounts of data brings together people who naturally have very diverse intellectual backgrounds, like people in life sciences, computer science or things having to do with bio-medical fields, or even political science. And the multidisciplinary research has provided opportunities for collaboration across universities. That’s a driving force.

ROI: How about collaboration with the private sector in New Jersey — are you seeing more of that, too?

PD: That’s a trend we see everywhere, and, particularly at Princeton, we’ve seen it very clearly. We’re working hard to support more of it. Just to give an idea of this: our research portfolio, that is, research funded by industry, has grown from $7 million in 2014 to nearly $20 million in 2017. In the past three years, we’ve had more than $60 million of influx of corporate funding for research. So, it’s a trend that we’re working very hard to build on, and our faculty are very interested in it as well.

It’s a strategic priority of the university — this engagement with the innovation ecosystem, both broadly but also here in New Jersey. So that means engaging with the corporate sector, and with New Jersey companies in particular, much more than we’ve done in the past.

We definitely see a trend emerging among younger faculty — and this is a generalization, of course — but the profile of a younger faculty member tends to be someone who not only wants to make an impact from the point of view of scholarly accomplishment, but also wants to make a real impact and difference in the world. That requires much deeper engagement with the outside world.

In science and engineering, that necessarily means engagement with companies, because many times by establishing relationships with companies you can become aware of interesting problems that you would not have otherwise come across. So, faculty are seeking broader interactions with the corporate sector, as both a way of making more of a real impact but also as a way of broadening their own research.

ROI: What role may the federal government’s actions have in the future of local research?

PD: The basic model of research is predicated on the understanding that while we really value industrial contributions and collaborations, to develop long-term ideas and deal with risk in research requires a commitment that only the federal government can provide. We need the government to continue to support research at universities with the understanding that that’s the basis for invention. And in the past couple of years there has been quite a bit over the budget process, although we’re very heartened that the omnibus spending bill that was passed a couple of weeks ago included very robust funding for the National Institute of Health, the Department of Energy and, importantly, the National Science Foundation.

On the other hand, the fact that we do need to have these continuing resolutions, that we can’t pass a measure to fund the government for a full year makes it very difficult to plan, especially for a research that is long-term in scope. Although the result was good this year, the fact that we’re always approaching the cliff and worrying about what will happen with funding is not ideal. We would like more stability.

ROI: Any thoughts on New Jersey’s new governor and prospects that may bring to your research endeavors?

PD: We feel that our interest in developing and expanding the research ecosystem dovetails quite well with the interest of Gov. Phil Murphy and the legislature to grow the innovation ecosystem. We’re looking forward to our engagement with the administration. And, as far as the local innovation ecosystem, we’re really already engaging with it.

Overall, we do see a change toward a greater recognition of the connections within that ecosystem and a desire to revive an innovation economy in New Jersey on the part of this administration. And that’s a great development.

Contact Pablo Debenedetti of Princeton University at: pdebene@princeton.edu or 609-258-5480.