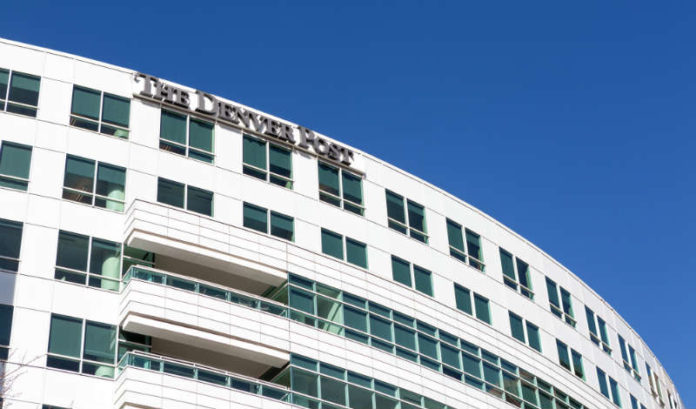 Did you hear about the cover of the editorial section of the Denver Post on Sunday?

The staff of the paper called out its ownership in no uncertain words.

Colorado should demand the newspaper it deserves, read the subhead.

The owners were called “Vulture capitalists” in the story, an attack on the firm that purchased — and is quickly gutting — the newspaper. It’s a scenario that is being played out throughout the country.

It would be nice to jump on the bandwagon and say private equity is killing journalism, the field I’ve worked in for more than two decades.

It just wouldn’t be totally accurate.

I hate to say it, but private equity and venture capitalists are not killing the industry. Ordinary citizens — and small, medium and big businesses — are. By no longer supporting it.

Somewhere along the line, people decided news should be free. Or, at least, free after you’ve paid cell phone and internet companies high monthly fees for the right to view content others have produced for free.

Food, clothing, gas — all of those, we have no problems paying for.

Reputable news and information? Most feel that should be free.

Maybe people feel that way because there is so much media out there. But how much of it is worth reading?

How’s that working out?

It appears most of the information on the internet regarding the last presidential election not only was inaccurate — it was intentionally inaccurate.

The information was produced by sham companies (looking to make money), foreign countries (looking to influence the election) and the candidates and parties themselves (and, no, we’re not picking sides — both sides did it, always have done it, always will do it).

That’s why everyone needs to support an independent press.

Journalism can have a huge impact on society.

At ROI-NJ, we’re proud of the fact we’ve broken numerous stories about New Jersey in our first six months — everything from the new heads of the EDA and NJ Transit, to Mars-Wrigley moving to Newark and a whole host of items relating to Amazon’s HQ2 competition and about health care coverage in the state.

We’re proud of the fact we still inform the business community about business in the state.

And it’s not just breaking news. Do you know how many inquiries I’ve received about our recent profile of Planned Companies, a fourth-generation family-owned company that employs more than 3,000 and does more than $100 million in revenue?

It’s as if no one knew this Parsippany-based company existed.

And as a proud alum of The Star-Ledger, I’m thrilled to see it is still doing great work.

It just won first place in a national contest and should be considered for a Pulitzer.

If there’s no Star-Ledger, kids from all over the world are still being abused in our state.

Did you see Spotlight?

Are you old enough to remember All the President’s Men?

An independent press (and note, I did not say “free”) needs money to operate.

A longtime friend of mine and a pillar in the N.J. business community often suggests (hopes) that the new-rich will pick up the tab for journalism for the sake of public good.

It’s what Andrew Carnegie did when he started more than 2,500 public libraries between 1883-1929 because Carnegie wanted to “bring books and information to all peoples.” Imagine that.

Some say it’s what Jeff Bezos is doing at The Washington Post, which has increased its staffing since he purchased the paper nearly five years ago (and we’re guessing it hasn’t increased its revenues in the same period).

The Denver Post editorial staff is calling for a combination of government, business, civic and community leaders to step in.

But that may impact the credibility that needs to be the bedrock of any news organization.

And it may prove to just be a stop-gap measure.

Here are a few ideas that have proven to work.

Buy a subscription — one issue of ROI costs (much) less than a cup of coffee at Starbucks.

If you’re a company, buy an ad or sponsor an event.

We know you feel we have value — every day, I get dozens of pitches from businesses looking for us to do a story on them or use them as experts on our panels.

Often, it’s from companies that pay their own and outside marketing companies great sums to get their stories out there, but tell media companies they have no advertising budget to support the vehicles for those stories.

Why is there just an assumption that media is free and no one needs to support it?

How many people currently pay nothing for their news? Does anyone think that is sustainable?

When I say support the media, I don’t just mean ROI.

In New Jersey, that means The Star-Ledger. And NJTV. And NJ Spotlight. And Caucus. For starters.

There are also the micro-level products such as TapInto (which is doing great work across the state) or even area-only outlets such as MorristownGreen.com, Baristanet.com, BreakingAC and Route 40 (and forgive me for not being able to list all of the great local journalism outlets we have in New Jersey).

And don’t forget sector-specific outlets, such as Real Estate NJ and Jerseydigs, which cover real estate, and Politico New Jersey and InsiderNJ, which cover politics.

Support all of the media organizations that are not just providing a public service, but the valuable information you use every day.

Don’t demand the newspaper or media outlet you deserve, as the folks in Denver are suggesting.

Trust me, no one will meet your demands. It’s the reason we are in the predicament we are now. Private equity companies only came in when no one else was interested in being in the game.

Instead, simply support the media outlets which are providing you the news that you consume.

If you don’t, we all eventually will get what we deserve.

And you know the old saying: You get what you pay for.

Creating more workplace opportunities for women is something we all can...