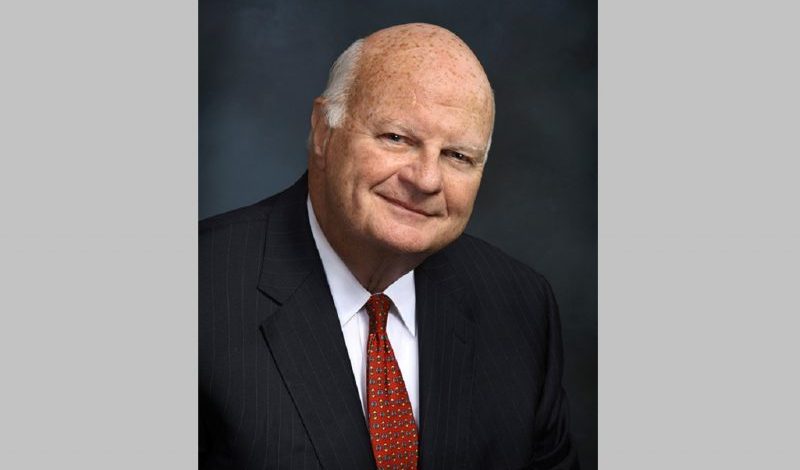 There’s the port, the airport, the oil refineries, one of the most congested arteries of roadways in the state and one of the largest high schools in the country — all areas that have been identified as potential terrorism targets.

Then there’s the city of Elizabeth itself, a municipality which, despite seeing a drop in crime, is one of the 10 most violent cities in the state.

These are just some of the reasons why Trinitas’ emergency room is one of the busiest in the state — one that handles many extreme trauma cases, such as wounds from gun shots and stabbings.

Horan is happy to handle the heavy caseload. He just wants his hospital to be recognized for the effort.

Last fall, Trinitas filed a request with the state for the third time to be recognized as a Level II trauma center.

It came at the request of then-Department of Health Commissioner Cathy Bennett, who recognized no hospitals in Union County had the designation.

It will be considered by current DOH Commissioner Shereef Elnahal.

As far as Horan knows, Trinitas is the only hospital in Union County to apply for the recognition.

Horan said he is confident Trinitas meets all the requirements to join the group, he’s just not so sure it will receive the recognition.

He’s been down this road before only to be disappointed at the end.

Forgive the normally affable Horan for being frustrated. The issue means a lot to him.

“We want the recognition for what we’re doing,” he said. “Also, there is a halo effect. It helps in recruiting doctors and nurses.

“Clinical staff want to be associated with hospitals that have a trauma capability. And we have a hard enough time recruiting.”

Left unsaid was this: Trinitas already meets the requirements to become a Level II trauma center.

Trinitas said it meets American College of Surgeons and Department of Health trauma volume and other standards and has done so for a decade. The hospital treated more than 400 trauma cases last year, well above the minimum requirement of 350.

The emergency room doctors and nurses already are certified to treat trauma cases. And the emergency room, which gets more than 70,000 visits a year, recently got an upgrade.

Trinitas invested $18 million in a 24,000-square-foot expansion in 2017, nearly doubling treatment rooms to 45. It also added four new ICU beds to allow patients to be treated at a high level for a longer time without waiting for available beds as well as adding a 128-slice CT scanner for faster and more accurate diagnoses. The entire project was funded by the Trinitas Health Foundation.

There are only four cities in the state with 100,000 or more residents (Elizabeth, Newark, Jersey City and Paterson) and only Elizabeth is without a trauma center, despite a service area in terms of size and threat that equals or exceeds the others.

Elizabeth itself is more populous than seven of the municipalities in which existing trauma centers are located. And Elizabeth is experiencing population growth, which Horan said will result in a growing need for services.

So, what’s the argument against? Horan still isn’t sure. Some have speculated that the state wants to protect the amount of trauma patients being sent to University Hospital in Newark, which is under the state’s control.

“Have you ever driven from Elizabeth to Newark in rush hour?” he asked.

Horan said demographics of the area need to be considered.

The lack of a trauma center in Elizabeth disproportionately affects poorer minority residents, he said, stating that 47 percent of residents are foreign born and the per capita income is $18,800.In addition, Horan said about 38 percent of Trinitas’ patients are on Medicare, 34 percent are on Medicaid and 11 percent are either uninsured or are charity care patients.

“As the government programs do not cover the full cost of care for these patients, Trinitas loses money on 83 percent of the people served,” Horan said.

Getting the designation will help Trinitas recoup some of those losses.

(READ MORE from ROI-NJ on Trinitas seeking the designation.)

And while Horan fully admits that will help, he said hospitals located in areas such as where Trinitas is understand their greater role is to serve society.

Especially in times of trauma.

Horan worries about what could happen in an area Homeland Security officials have called the most dangerous two miles in the country.

“Is the trauma care system in New Jersey extensive enough to handle a mass tragedy such as the one in Las Vegas?” he asked. “Could the only North Jersey Level I trauma center in Newark treat more than 500 casualties quickly and safely without the support of prompt triage and surgery at nearby Level II centers?”

Horan and Trinitas said they hope to hear on their status by the end of the month.

“The big strength of this application is we already have the numbers — we’re already seeing more than the required number of trauma cases,” he said. “This designation should recognize Trinitas for what it is already doing — it’s not about taking volume away from other institutions.

“We hope that our application is evaluated on its strengths, and not on what the impact may be on other hospitals, which is negligible.”