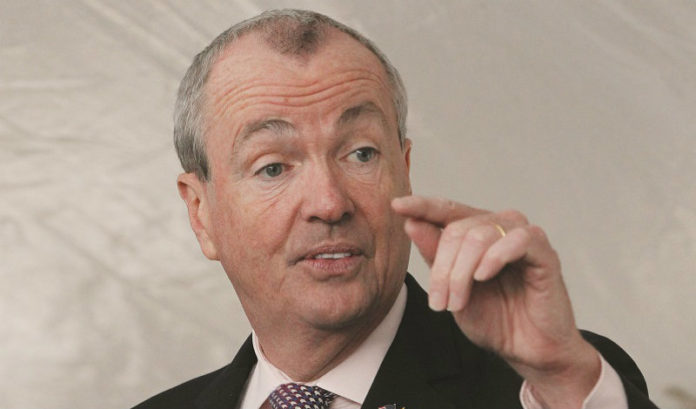 Monmouth’s first poll on Murphy’s job performance finds the new governor has a 44 percent approval rating, with 28 percent disapproving of the work he has done and 28 percent still holding no opinion.

“Perhaps one reason why Murphy’s overall job rating is so positive is because fewer New Jerseyans are paying attention to this new governor than in the past,” Patrick Murray, director of the Monmouth University Polling Institute, said in a prepared statement. “It’s worth noting that turnout in last year’s election was a record low and Monmouth’s polling found that most voters couldn’t say whether Murphy’s views were in line with the state. It’s not clear how much more they know now.”

Murphy’s fellow Democrats approve of his performance by a 65 percent to 7 percent figure, while Republicans disapprove by a 59-17 rate and independents have a 41-33 approval rating.

Meanwhile, Murphy’s first budget proposal got mixed reviews, with 9 percent of those polled satisfied, 29 percent saying they can live with it and 23 percent dissatisfied. Some 38 percent had no opinion or did not know enough about it.

On the other hand, while Christie left office with 79 percent of New Jerseyans saying he was more interested in his own political ambitions than the state’s future, Murphy receives a more even split, with 40 percent saying he is more concerned with the state than himself, and 39 percent feeling the opposite way.

“Speculation about Phil Murphy’s political ambition has circulated since he entered the public arena in New Jersey just over three years ago touting an unabashedly liberal agenda,” Murray said. “Opinion on where his heart lies now splits along predictable party lines. But there is still a large number of independents who wonder whether he’s focused more on the state or on the national stage.”

There is also concern about Murphy’s campaign promises toward the middle class, according to the poll.

Only 26 percent of respondents said Murphy’s policies will ultimately help middle class residents, while 41 percent think his plans will hurt the middle class and 17 percent say they will have no impact.

Only 17 percent think Murphy’s policies will help property-tax payers, while 51 percent say they will be hurt and 14 percent say there will be no impact.

Likewise, 30 percent say businesses will be helped by Murphy’s policies, while 33 percent say they will be hurt, and 15 percent saying there will be no impact.

“Gov. Murphy is definitely enjoying a honeymoon period, largely because his budget proposal seems to be flying under the radar right now,” Murray said. “But many New Jerseyans are skeptical about his promises to strengthen the middle class. It will be interesting to see what happens in the coming months.”

The poll of 703 adult New Jersey residents was conducted from Friday through Tuesday, and has a margin of error of +/- 3.7 percent.

Business leaders, think tanks on borrowing deal: Everything from ‘No concern’...