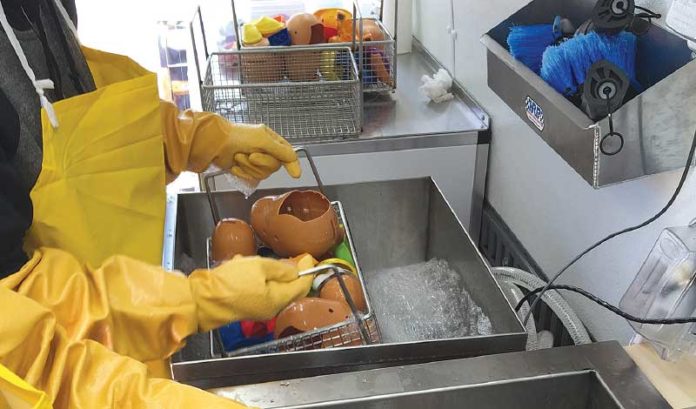 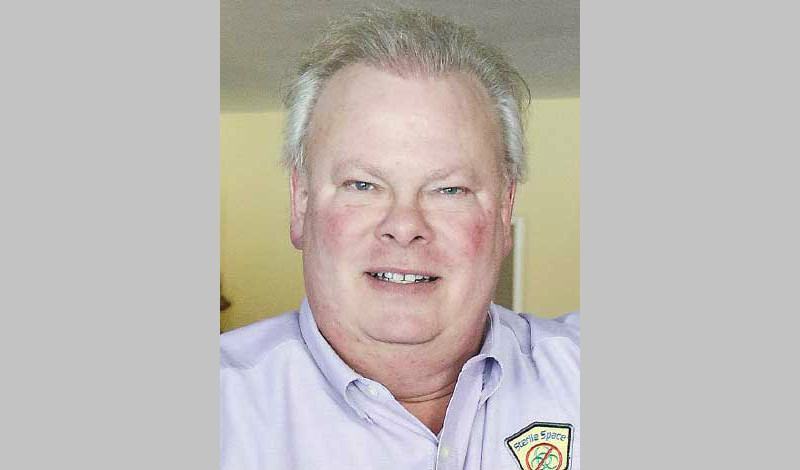 Nearly 23,000 influenza cases were reported in New Jersey this season, according to the New Jersey Department of Health.

That is not such an unusually high number, Irwin Stromeyer said, especially when every door handle, elevator button and coffee pot carries microbes that someone else’s hands have left behind.

“People don’t realize how dangerously germy our little world is — and they usually come to us when it is too late,” Stromeyer, founder and owner of Sterile Space Infection Defense in Verona, said.

It’s big business. And a big deal for businesses who deal with the economic cost of the spread of these germs.

But even with nasty microbes such as the norovirus, E. coli and Methicillin-resistant Staphylococcus aureus, or MRSA, in existence, Stromeyer said the growth of his business continues to face resistance.

“We are dealing with the eradication of a problem that people cannot see,” he said. “My competition is simply ignorance and people’s inability or desire to understand the expense.”

Stromeyer, however, said he learned the hard way the true cost of cleanliness.

As the son of a dermatologist, Stromeyer said he often would accompany his father on hospital rounds and patient visits.

“I got a very good education in infections and what causes them from an early age,” he said.

Stromeyer created C-Med Surgical in 1999 to sell and market surgical instruments and medical equipment to various doctors, hospitals and veterinarians.

“Then, in 2008, when the economy started to turn, clients started buying a lot less,” he said.

After finding work as a representative for one of the suppliers he had worked with, a colleague, Stromeyer said, mentioned the potential growth of infection control.

“I looked into it, and when I showed the information to my dad and the people who I had dealt with at hospitals, they said, ‘Irwin, if this is what it says it is, you’re at the beginning of a brand new industry that people don’t even know needs to be in existence,’ ” Stromeyer said.

“So, I bought an adenosine triphosphate meter — the same one used by the Environmental Protection Agency and the Centers for Disease Control — to measure the volume of the enzyme required for cells to live.”

An ATP level of 0 to 10 meant that a surface was sterile, while levels above 1,000 meant surfaces were highly biologically contaminated and there was a very high risk of infection, he said.

Such high levels were not uncommon in public spaces, Stromeyer added.

Stromeyer began Sterile Space Infection Defense in 2014 as a division of C-Med Surgical.

The business did not take off as he had intended it to, Stromeyer said. But, after Sterile Space Infection Defense was incorporated as its own entity in January of last year, business steadily has been growing.

And not a moment too soon, Stromeyer said.

According to data compiled by Sterile Space Infection Defense, more than 70 percent of people catch infections by cross-contamination, when they touch a contaminated surface and then touch their eyes, nose, mouth or open wound.

When average people touch their face more than 2,200 times per day, Stromeyer said, that creates the perfect storm for an outbreak.

The company first can disinfect all touch points with a medical grade disinfectant.

“We use safe, hydrogen peroxide-based disinfectants that, when dry, break down into water and oxygen,” Stromeyer said.

The company can then utilize the mobile ultrasonic decontamination laboratory to disinfect many small items at once, such as children’s toys and teaching aides.

“If a child care center has 20,000 toys in it, we can disinfect every last Lego and Matchbox car,” Stromeyer said.

The key to prevention, however, is the company’s electrostatic application of the EPA-certified mPale, an antimicrobial coating meant to last at least 12 months on any surface.

“If you could see the antimicrobial coating, it would look like a gazillion molecular swords sticking up off the surface,” Stromeyer said. “If a germ were to then come down on that surface, it would be impaled or electrocuted by a nitrogen atom.

“It basically kills any cell that lands on it, whether it be bacterial or viral.”

“Once we are done treating a facility, we go back four times a year to retest treated surfaces to make sure that the ATP reading is below 80,” Stromeyer added. “If we get three readings of 110 or more in the same space, we will retreat that room for free.”

The company also offers UV-C carpet disinfection services to damage and kill the germs on floors with UV-C frequency light.

“The average square inch of carpeting has more than 200,000 bacteria — especially when nearly three-fourths of people are wearing their shoes around the house, tracking in everything from the outside,” Stromeyer said.

While all of that might sound costly, Stromeyer said, there are a few variables to take into consideration.

“We price based on the square footage of the areas to be treated and the volume of content in each room,” he added. “The short answer is that it costs around 47 cents per square foot of treatable space, which includes the terminal disinfection of high-frequency touch points such as door knobs, counters, phones, keyboards, mice, faucets, toilet flush handles, microwaves and more, and the application of the antimicrobial coating.”

As a small business, Stromeyer said, he more than most understands the importance of cash flow.

“That is why we offer a zero-interest payment plan, allowing our clients to pay half at completion and a balanced divided into a payment plan that is $200 or less per month,” he said.

The company currently works with several dozen repeat clients, as well as those one-time clients who recently have called Stromeyer up to report outbreaks of the flu and measles.

“We also get confused for a cleaning service about 80 percent of the time, but we don’t mop floors or empty garbage cans,” he said. “We simply go after the germs.”

By this time next year, Stromeyer said, he predicts Sterile Space Infection Defense will be a $750,000 business.

“I’ve also opened a location in Naples, Florida, and have business arrangements with partners in Ohio and Texas,” he said. “These are companies who use the same products and applications that we do, so that if we get a job in Chicago, I can create the proposal and send it to my partner in Ohio, who will then contact the client to set up a service date.”

It works both ways. Sterile Space Infection Defense, Stromeyer said, currently is closing a deal to decontaminate and prevent infections for an international financial conglomerate in Washington D.C.

“I want commercial landlords with their own child care centers or employee fitness centers to know that they can seriously reduce the germ load in their buildings to promote better productivity,” Stromeyer said. “What’s going on in our biological environment these days is far worse than it was even 10 years ago.

“Landlords, tenants and employees need to realize that infection prevention and control services are not just another expense like buying toilet paper — it will keep them, their colleagues and their families healthier.”

Irwin Stromeyer, founder of Sterile Space Infection Defense, said he has heard every reason why his business is not needed.

“Potential clients will say, ‘But kids have been getting sick since the beginning of time — what’s the big deal?’ ” Stromeyer said. “What they really need to look at is how infectious diseases have gotten worse over the last 20 years.

“Nowadays, there are nearly 100 different strains of superbugs out there that won’t respond to medication.”

Stromeyer said he also has heard how “Children should be exposed to help build their immune systems.”

“It is impossible to point out just one person within 1,000 miles that has become immune to E. coli,” he said. “Your immune system is simply an early warning system that will get all of your infection-fighting capabilities up and running — only if it is capable of doing so.”

Lastly, Stromeyer said that, while it is valiant of facilities to clean with bleach several times a day, often times, that isn’t doing much to help anyone.

“The average person does not have a clue as to how to use a disinfectant spray or wipe,” he said. “If you look on the back at the instructions, it will say that the surface must remain visibly wet for X amount of time.

“People will spray a surface and immediately wipe it down or will mist it with Lysol — that is not nearly long enough for the product to do its job.

“Also, for those using bleach and water solutions, what if a child were to accidentally drink or come into contact with that? The problem is that people are trying to control infections without knowing how.”

For more information contact Amy Delman at: amydelmanpr@verizon.net or 201-563-4614.