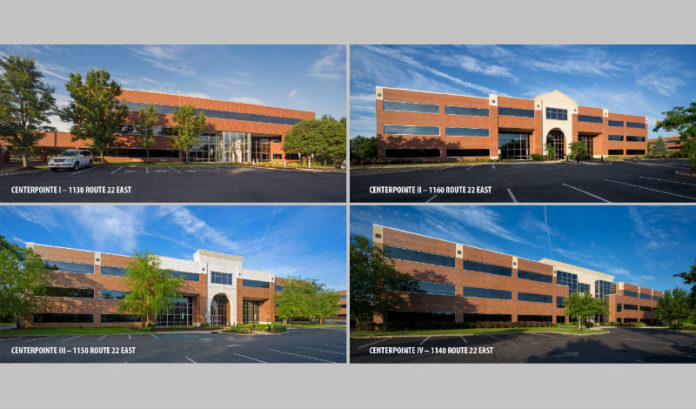 CBRE announced Wednesday that it has represented American Real Estate Partners in the sale of the CenterPointe portfolio in Bridgewater.

The CBRE team of Jeffrey Dunne, Jeremy Neuer and Travis Langer represented the seller and buyer, Signature Acquisitions, in the deal.

The portfolio is located off Route 22 and consists of four Class A office buildings totaling approximately 331,354 square feet. It is currently 90 percent occupied.

“Signature Acquisitions has been one of the most active purchasers of suburban office buildings in the region. In the past 18 months, we have been fortunate to sell them buildings in Hauppauge and Tarrytown, New York and Clark and Cranford, New Jersey with an overall value, including CenterPointe, in excess of $215 million,” Neuer said.

Politics
ROI-NJ Staff -
August 4, 2021
In an unusual show of anger, Gov. Phil Murphy lashed out at anti-vaccine protestors during an event Wednesday in Union City. “These folks back there...

Food & Hospitality
ROI-NJ Staff -
August 4, 2021
German Doner Kebab, a global fast-casual restaurant chain that says it is revolutionizing the kebab, will open its first restaurant in the United States...

Retail
ROI-NJ Staff -
August 4, 2021
In a move that could have great impact in New Jersey, CVS Health announced Wednesday that all of its employees nationwide will make at least...

Food & Hospitality
ROI-NJ Staff -
August 4, 2021
Geoponica Greens, an indoor hydroponics vertical farm business based in Chesilhurst, is expanding its existing operations to the historic Mill One warehouse in Hamilton...