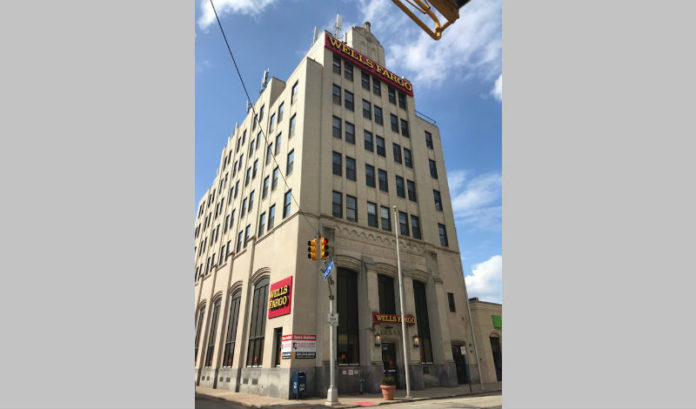 As part of the deal, the partnership will restore the property to its original Art Deco-style architecture. Other planned improvements include renovated elevators, internet access, a new parking lot, upgraded security features, a new executive conference room and exterior patio.

“Empire West is one of only two remaining properties in Hackensack that were built in the 1930s that were not converted for residential use during the challenging office market of the last decade,” said Eric Anderson, CEO of Alexander Anderson. “As a result, we’ll be able to restore this unique property to its original splendor, while offering the latest technology and upscale amenities that befit a building with this history and stature in the Hackensack community.

“Another unique feature that the partnership will add is the building’s ability to be lit with changing colored lights, similar to the Empire State Building just to the east across the Hudson River,” Anderson noted. “We want people to think of the iconic Empire State Building in New York City when they see how Empire West lights up to mark certain holidays and events here in New Jersey. We believe it will become one of the most recognized office properties in Bergen County.”

Ryan Day Interiors is designing the restoration upgrades. Alexander Anderson will serve as the property manager and be responsible for leasing the property.

“Located in the heart of downtown Hackensack, Empire West is primed to take advantage of the energy and excitement of the improvements being made in the downtown’s business improvement district,” said Eli Davidovics, founder of Minotaur Management.

“241 Main Street presented a unique opportunity for small investors to acquire a stake in a marquee property in a city that is undergoing a renaissance, and for small businesses to establish a presence in a beautiful, high-profile building that offers luxury, technology and proximity to so much that Hackensack has to offer,” Anderson said.