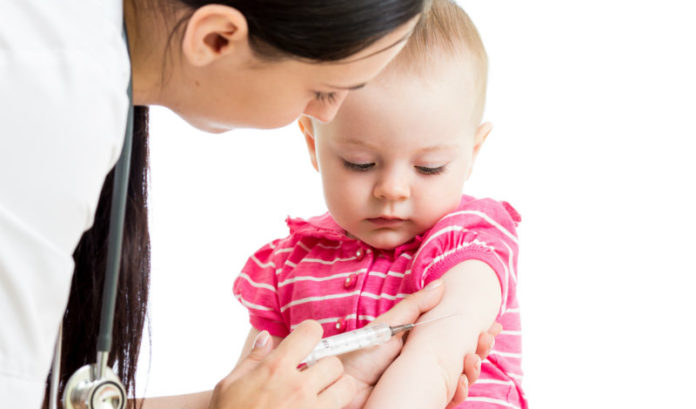 With such a strong health care and medical-research sector in New Jersey, you wouldn’t think the state would be a center of the anti-vaccination movement. But New Jersey has one of the more liberal vaccination-exemption policies in the nation. As a result, the number of exemptions in the state has gone from 1,641 schoolchildren in the 2005-06 school year to 8,977 in 2013-14 and to 10,407 in 2016-17.

New Jersey grants both medical and religious exemptions to the state law requiring that children receive a host of vaccinations before attending school. But all it takes to get a religious exemption is for parents or guardians to submit a letter stating that “the proposed immunization interferes with the free exercise of the pupil’s religious rights.”

As the state Department of Health points out on its website, “the request does not need to identify membership in a recognized church or religious denomination or describe how the administration of immunizing agents conflict with the student’s religious beliefs.” The fact that the process is so easy and unquestioning virtually guarantees that a significant number of these exemptions are granted simply because parents have read someplace that the risks of immunization outweigh the benefits.

Now, once again, proposed New Jersey legislation would ever so slightly tighten this policy by requiring parents to explain specifically how vaccinations violate their religious beliefs. The bill — sponsored by Assemblyman Herb Conaway, a Democrat from Delran who has both a medical and a law degree — also says the exemption cannot be granted “solely on political, sociological, philosophical or moral views, or concerns about the safety or efficacy of the vaccination.”

Vaccination critics like to point to the power of the pharmaceutical industry over lawmakers such as Conway. But the fact is, similar legislation has been introduced numerous times in New Jersey and failed to get approval. If anything, lawmakers have shown themselves far more likely to be cowed by the virulent anti-vaccination movement than by Big Pharma.

Yes, there can be dangerous side effects to some vaccines, as there are to any medical intervention. But the side effects are rare, and the public-health community is absolutely convinced that the benefits of childhood vaccinations outweigh any risks. The American Academy of Pediatrics recommends that all nonmedical vaccination exemptions be eliminated, calling them “inappropriate for individual, public health, and ethical reasons.”

Not vaccinating a child may seem to be an individual decision. But the more people who are vaccinated in a given community, the harder it is for an infection to get a foothold and spread. That’s called “herd immunity.”

In some cases, herd immunity requires that up to 95 percent of a community be vaccinated. The 10,407 N.J. schoolchildren who did not receive vaccinations in 2016-17 amount to 2 percent of the relevant student population. Taking the mild step of requiring parents to at least explain why they need a religious exemption is long overdue. And like vaccinations themselves, the benefits of that far outweigh the risks.

Microgrid innovation promises to be part of Camden’s sustainable future