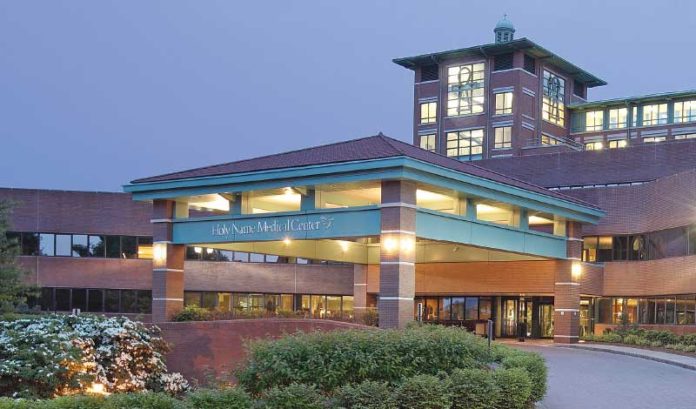 Dr. Adam Jarrett, chief medical officer at Teaneck-based Holy Name Medical Center, didn’t have figures that directly spoke to that gap — but it’s no doubt evidenced by his institution’s endless emphasis on recruiting general practitioners, and the difficulty encountered in doing so.

It’s not just Bergen and Hudson counties — where Holy Name has stationed itself; Jarrett said there’s an increasingly scarce pool of these doctors in the wider region.

“So that’s why primary care always goes to the top of the list for us,” he said of Holy Name’s approach to expanding its physician network.

That explains the latest addition to the medical center’s physician network, Holy Name Medical Partners, which comprises about 150 multispecialty providers at more than 50 different locations across the two counties the hospital has a presence in.

Earlier this month, the group folded in a primary care practice with offices in Teaneck and Nutley. It’s run by a father-and-son team, Dr. Conrado Boja and Dr. Michael Boja, who are board certified in internal and family medicine.

In announcing the addition of the physicians to the Holy Name network, Jarrett described the father-son pair as “committed physicians who treat the whole patient, not just the symptoms or the disease.”

A number of trends are at play in there being a dearth of these physicians today. And it’s related, however tangentially, to the way health care is changing in general.

“The way health care is provided and paid for in the last several years has made it so private practice medicine has really gone away,” Jarrett said. “Less than half of physicians in the country now are in private practice. That really has to do with how payment models have evolved.”

But that’s not to say Holy Name doesn’t still see a need for physicians with particular expertise to be a significant part of their network — about 70 percent of its physicians offer specialty care.

“Fewer and fewer doctors are doing primary care, but it’s more in need — and that has made it very competitive (among health organizations recruiting physicians),” Jarrett said. “But we still need specialty care just as much.”

While recently looking at recruiting family medicine doctors, Holy Name at the same time bolstered its obstetric and gynecologic services in the region through an affiliated physician group called the Women’s Health Care Group.

“They’re a very busy group with a great reputation,” he said. “We had been looking for an area in the market where we might be able to provide more of these services. We ended up expanding to the Rutherford area with a new practice there, to go along with their existing practice in Teaneck. Remarkably, they have been there only a month or so and they’re already seeing 15 to 20 people a day.

“So, there’s a need for these specialty services, too.”