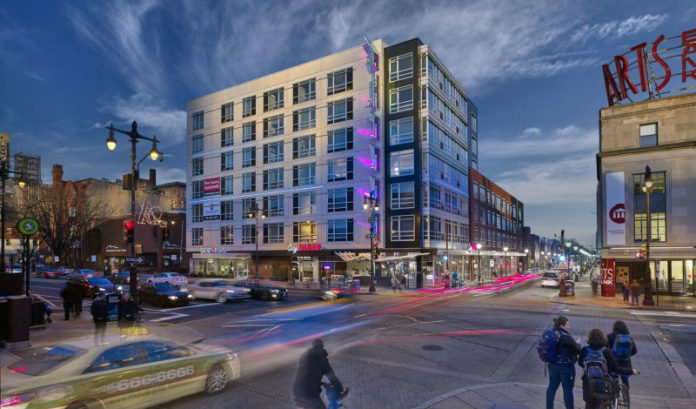 Dranoff Properties Inc. and Apartment Investment and Management Co. jointly announced that Dranoff will sell Aimco its apartment community holdings in the Philadelphia area, which includes one in New jersey, for $445 million.

The portfolio consists of six properties comprised of 1,006 existing apartments, 110 apartments under construction and 185,000 square feet of office and retail space.

The New Jersey property is The Victor in Camden. The rest consist of Philadelphia-area locations, including Locust on the Park in the Filter Square neighborhood, 777 South Broad and Southstar Lofts on the Avenue of the Arts, The Left Bank in University City and One Ardmore Place in Lower Merion Township.

“Over the past 20 years, we’ve developed and assembled a portfolio of rental properties that has redefined luxury living in the Philadelphia region.  With a pipeline of new and exciting projects on the horizon, the timing is right to sell six of our premier properties to Aimco and become a major investor in the company.  Aimco’s expansion and commitment to Philadelphia make them ideal stewards of these trophy assets that we carefully built, owned and managed,” said Carl Dranoff, founder and CEO of Dranoff Properties.

“I am incredibly enthusiastic about the future of Dranoff Properties as we begin our third decade.  Propelled by a strong capital base, powerful brand and deep talent pool, we look forward to delivering a fresh new generation of transformative projects in the Philadelphia region and beyond.”

“I appreciate the significant investment in Aimco made by highly regarded local developer Carl Dranoff and the faith he has in our ability to manage these assets, guarding their quality and providing excellent service to their residents.  Carl and his talented team have transformed residential living in Philadelphia.  I wish them continued success,” Considine said.

“We continue to be bullish on Philadelphia whose stable and diversified economy is enjoying a growth spurt.  Center City and University City’s ‘eds and meds’ rival Cambridge and Palo Alto with their highly educated workforces and the city provides a cost-effective alternative to the other Northeastern hubs of Washington D.C., New York, and Boston,” said Wes Powell, Aimco executive vice president, who led the Aimco acquisition team.