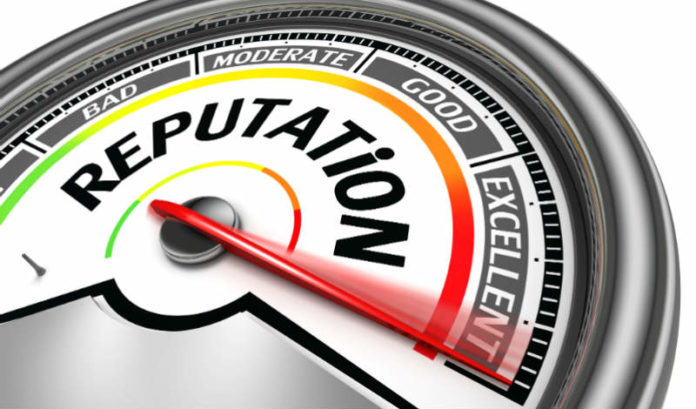 Reputation is crucial in business, and one New Jersey company has risen to the top of the heap, according to a new study of corporate reputation in the U.S.

Reputation Institute and Forbes announced Tuesday that Camden-based Campbell Soup Co. had topped the rankings in its 2018 US RepTrak 100 listing. Reputation Institute said the annual survey, based on more than 52,000 company ratings, quantifies the emotional bond that stakeholders have with the company, as well as how such a connection drives supportive behavior.

“Campbell is honored to be ranked No. 1 on the Reputation Institute’s list of America’s Most Reputable Companies,” Dave Stangis, Campbell’s vice president of corporate responsibility and chief sustainability officer, told ROI-NJ in a statement. “Reputation is more than an outcome, it’s how we compete in the 21st century marketplace. As a purpose-driven company, we’re focused on making real progress on our commitments to corporate responsibility, governance and transparency.”

The comments echoed a tweet Campbell sent out earlier in the day.

We’re beyond honored to be named the #1 Most Reputable Company by @Reputation_Inst + @Forbes! https://t.co/BDyTT1GPpM pic.twitter.com/m6SER18SQS

“Campbell has its finger on the pulse of what’s important,” Stephen Hahn-Griffiths, chief reputation officer at Reputation Institute, said on Forbes.com. “It’s really aligning with the value of communities, and, in a world that’s dominated by GMOs, Campbell has made no apologies — it’s wholly transparent.”

Six other companies that have either their world or U.S. headquarters in New Jersey also made the Top 100, including:

“Subaru is literally a car brand with momentum,” Hahn-Griffiths said. “While other car companies have focused on zero-percent down financing, Subaru has built a reputation around a commitment to a set of values truly about the love of life. … It’s really redefining a car company and corporate brand as one that understands pervasive goodwill and human society.”

“The underlying reputation disruption we are seeing in the U.S. is driven by a crisis of trust,” Hahn-Griffiths said in a prepared statement from the organization. “In an era of tweet ranting, fake news, data privacy breaches and questioning of company ethics, the trust in big companies has eroded in the past year. Companies that are most trusted garner a stronger reputation.”

Reputation Institute said it has been a challenging year for companies in terms of reputation, with significant disruption and erosion of trust.

The organization said a number of factors benefited the top companies, including embodying traditional American values and the underlying characteristics of success, stability and growth, as well as a vocal CEO. By contrast, the companies’ overall performance is less important than factors like their perceived authenticity.

For example, the organization said, tech companies struggled to maintain their reputations. Amazon, which was ranked No. 1 in 2016 and No. 2 in 2017, slipped all the way to No. 10, while Apple fell all the way out of the list entirely after being ranked No. 72 in 2017. Other tech companies that saw reputations slump include Facebook and Google, the organization added.

The Top 10 companies overall were: