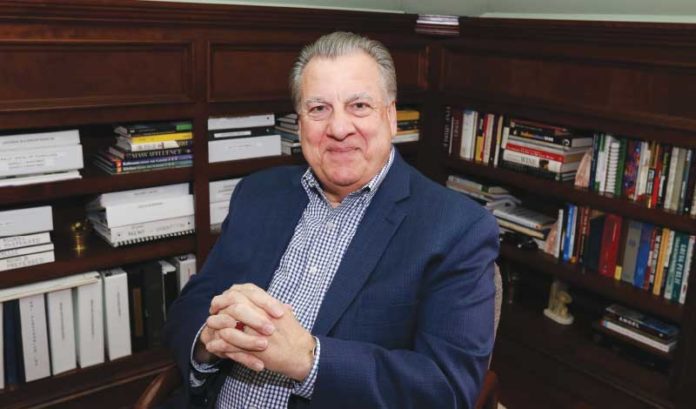 Mario Casabona, an entrepreneur who runs startup accelerator TechLaunch as well as the investment firm Casabona Ventures LLC, has been watching the local community for innovation evolve over the years. And several years back, he spotted a grim trend.

New Jersey was losing out on deals left and right.

Literally — there was a disappointing void in investor-ready startups left between what was taken by the West Coast’s tech empire and the East Coast’s innovation hubs.

“I found that New Jersey’s investor community had become very conservative,” he said. “And I see it as primarily because good deals were really going elsewhere — New York, Boston and, of course, Silicon Valley. So, the deals just weren’t exciting here.”

For as much as everyone talks in terms of being “the next Silicon Valley,” no one mentions that opportunities are sucked like a high-powered vacuum into those startup destinations until you have something to rival it. So far, New Jersey hasn’t quite been able to, but many are looking to the leadership change in Trenton for newfound prospects.

Casabona himself is cautiously optimistic: optimistic because Gov. Phil Murphy has recognized the contributions of startups to the New Jersey economy by voicing the importance of encouraging innovation; cautious because of the hurdles that tend to manifest in politics.

“A lot of people are listening closely to Gov. Murphy’s talk of support for incubators and the need to foster more growth in the technology and startup sectors,” said Jeffrey Cassin, a Scarinci Hollenbeck attorney who regularly interacts with startups. “A lot of what may come of it, however, is still in the works.”

Cassin, counsel at the Lyndhurst-based law firm and member of the NJ Tech Startup Meetup group, referenced the new governor’s support for legislation that would create closer ties between the state Economic Development Authority and entities involved in incubator programs.

Aside from just calling on state organizations to encourage the establishment of startup incubators, Murphy recently announced plans to get the EDA involved in the creation of a large tech-focused incubator. Jumping into the long-planned project, The Hub @ New Brunswick, Murphy said it would be “a site where high-growth industry can thrive,” after saying that the state had been left out of the nation’s innovation economy “for too long.”

When talking about incubators in the past, the governor has mentioned that New Jersey has less than 20 incubators, while New York’s figure nears 200, because, as he said at a recent event, “They’ve embraced incubators in their policies, and we’ve ignored them.”

“And, if you look at the numbers on it, there’s no doubt still fewer programs here than many other states,” Cassin said. “A city like New York is extremely robust with these things. So, the state certainly has a lot of catching up to do.”

Even with marquee New Jersey institutions such as Princeton University stepping up to launch business incubators of their own within the past year, the overall direction of the state’s incubator, accelerator and co-working startup infrastructure has been unclear.

Serial entrepreneur Mukesh Patel founded and established one of the state’s 15 or so incubators, JuiceTank — which was based in Somerset and is now rebranding and looking for a new location — and he was also an executive board member of the organization that ties them all together, the New Jersey Business Innovation Network.

He said that, despite the fact that the network grew within a short span of time, it also shrank significantly within the past few years as some members were forced to reduce their scope of services, close down locations or just go out of business altogether.

Incubator organizations, largely operating with small budgets and a cast of volunteers, have been challenged in coming up with the financial resources needed to operate effectively, Patel said.

So, he’s hoping for a renewed growth period for these supportive organizations.

“And I’m hopeful that Gov. Murphy represents potential to bring some needed resources into the ecosystem,” Patel said. “I’ve participated in community talks involving him, and he seems very supportive of thought leadership in the startup space here. And, any time there’s a change, it brings new energy and momentum, so I support that.”

Casabona agreed with the need for enhanced funding. TechLaunch, which he created in 2012, was the state’s first high-tech startup accelerator.

But Casabona also as of 2015 started to move in a direction he’s increasingly more focused on, which is pitch simulations for tech startups that are past the stage of seed funding. Not that he’s turning his back on the accelerator model — he’s interested in adding to what already exists.

TechLaunch’s BullPen initiative brings startups together for “Shark Tank”-like competitions, with the exception that it allows audience participation. The events, which have been hosted at many local universities, gives aspiring entrepreneurs access to constructive criticism from investors, other entrepreneurs and the wider community.

“Really, the objective is that we want the panel to provide feedback that is not normally discussed in an angel presentation,” he said. “So, what we’re trying to do is say, ‘Look, we’ll give you an idea of what they talk about when you’re not there.’”

Paired with help preparing for the due diligence expected of a startup seeking large investments, the next step after a BullPen would be actually visiting angel investors or venture groups to seek funding.

Casabona said this was TechLaunch’s response to what he saw in terms of deals passing New Jersey by. He added that the startup ecosystem in New Jersey as whole seems to be hungry to come up with new approaches for building out the state’s startup community — given the difficulty of outstripping a place like New York in the sheer quantity of incubator resources.

And that appetite appears to be making a difference.

“Very recently, because of so many new activities going on and the interest in them, I think we’re starting to see some of the quality deals staying here,” he said. “And it makes sense, because if you look at the entrepreneurs’ cost of living and cost of doing business in New York, Boston or the West Coast, it’s much more expensive. New Jersey still holds a lot of appeal.”

But no thought leader in the local startup space trusts the next success story to write off other states based on kind words said about the Garden State.

“We can never say we have enough,” Patel said. “We always have to push the limits and actually do something. We have to start small, experiment and then we have to scale what’s working. And we have to make sure we’re doing it with some sense of urgency.”

Dotting the I’s and crossing the T’s

Incubators and accelerators help build businesses. And that involves a lot of heavy lifting.

But building a case for the eventual sale of a business from the outset involves a highly specialized form of heavy lifting, the kind of backbreaking paperwork that an attorney such as Jeffrey Cassin gets companies started on.

“If you build from ground-up based on getting sold eventually, you have to make certain choices that you wouldn’t otherwise,” he said. “With that focus, you care about buttoning up your contracts, your corporate governance, your insurance coverage, your IP rights.”

There are also early business maneuvers often overlooked, one of them being a need to secure website domain names that could be used for deception or parody in the future (think something like “yourcompanystinks.com”).

Incubators may or may not have the resources available to orient a startup on everything to that should be done to make a company sale go smoothly later on — if they’re headed in that direction.

“On the balance, however, incubators can offer a lot of helpful resources for businesses starting up that once didn’t have the capacity to do this,” Cassin said.