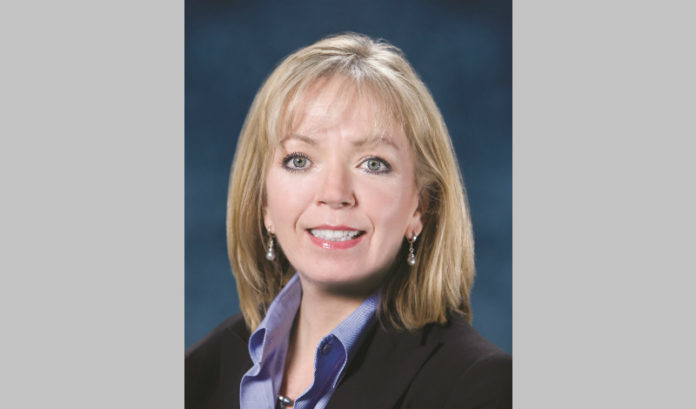 Michele Brown announced she is stepping down as CEO and president of Choose New Jersey during the organization’s quarterly meeting Thursday afternoon.

The move, first reported by ROI-NJ on April 11, was widely expected.

Brown, widely respected in the New Jersey business community, came to Choose New Jersey in January 2015, after serving as CEO of the state Economic Development Authority for more than two years.

Her resignation is set for May 1, but she will continue to provide strategic advice to the board in the coming weeks.

A transition committee has been established to find and name her successor.

“Working with the Choose New Jersey board and our amazing staff has been an incredible experience,” Brown said in a release. “It has been an honor to work so closely with our board to tout all of the reasons why New Jersey is a great place to grow business.

“I have the deepest appreciation for being given the opportunity to advocate for our state, including the tremendous successes realized in partnership with the New Jersey Economic Development Authority and the New Jersey Business Action Center. I am truly proud of our achievements together.”

Choose New Jersey Inc. is a privately-funded and operated nonprofit that works to attract business and grow investment in the Garden State that was founded in 2010 during the opening months of Gov. Chris Christie’s administration.

Ralph LaRossa, chairman of the board of Choose New Jersey and president and chief operating officer of PSEG Power, praised Brown for her efforts.

During Brown’s three-year tenure, the organization advanced 116 economic development projects, which created or retained more than 14,600 jobs and spurred over $1 billion in private investment in the state.

Brown represented and coordinated three state delegations to the BIO International Convention held throughout the country, oversaw comprehensive marketing campaigns to promote New Jersey while partnering with megabrands such as Goya Foods and Arizona Beverages, and advanced multiple international business recruitment trips focused on life sciences and other key industries.

LaRossa said he was especially proud of Brown’s efforts in the food industry.

“As an economic development leader, Michele has a keen sense of emerging trends and how best to leverage industry growth which has served Choose New Jersey well,” he said.

“For example, upon her arrival in 2015, the food industry was not an area widely recognized publicly as a place for growth in New Jersey. Thanks to Michele’s foresight and her team’s aggressive marketing and business development outreach, the food industry now accounts for 30 percent of Choose New Jersey’s business activity, leading national and international news outlets to reference New Jersey as the ‘Food Capital of the World.’”

(READ MORE from ROI-NJ on the change at Choose New Jersey.)

LaRossa said he will head the four-person transition committee.

The committee will include LaRossa; Kathy Ellis, who recently retired as a vice president at New Jersey Resources; Carl Van Horn, a distinguished professor at Rutgers University who was co-chair of the governor’s Stronger and Fairer Economy Committee; and Jose Lozano, the chief of staff at Hackensack Meridian Health who most recently ran Gov. Phil Murphy’s transition team.

ROI-NJ reported Lozano is the front-runner for the job.

“We are in a position for the second time since inception to bring in a new executive to lead the organization, and the board will undertake our process to do so thoughtfully and in accordance with our bylaws,” LaRossa said. “Choose New Jersey will continue its work to promote our state, and, as intended by its founding members, the organization will remain on course despite changes in government leadership.

“We are very encouraged by Gov. Phil Murphy’s support of our efforts, and we are looking forward to working with his administration to advance his economic development priorities.”

Prior to joining the EDA, Brown served as appointments counsel to Gov. Chris Christie. She has extensive background practicing law, serving 18 years at the U.S. Attorney’s Office in New Jersey.