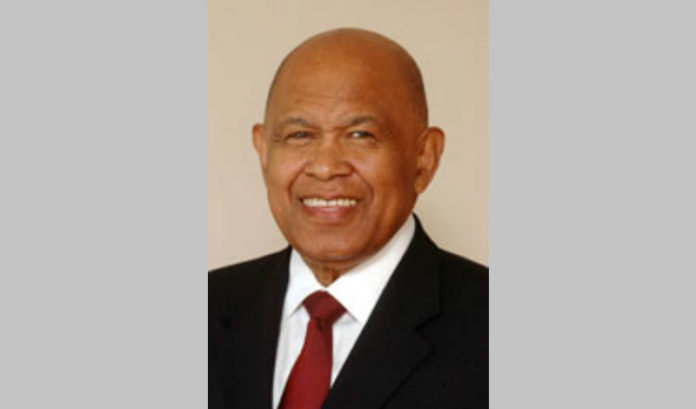 Assemblyman Jerry Green, a Democrat representing the 22nd District in the Plainfield area, has died. He turned 79 on Monday.

Green, who served in the Assembly since 1992, had held the speaker pro tempore post since 2008. He was known for chairing the Housing and Community Development Committee, with a special interest in affordable housing issues.

Condolences quickly poured in from the most prominent Trenton names, including Gov. Phil Murphy and many fellow legislators.

“Tammy and I are extremely saddened to learn of the passing of Assemblyman Jerry Green, whose advocacy and love for Union County and his home of Plainfield was unquestioned. While Jerry could be tough as nails, he was also a gentleman, whose bigger-than-New Jersey smile and quiet humor could easily light up a room. He was nice to me during the early years, when he didn’t need to be, and I am proud to have called him my friend. Our condolences go out to his family, friends and colleagues in the Legislature. He was one of a kind.”

“From the very first day I walked into the Assembly in 2004, Jerry Green was there to offer words of encouragement and wisdom honed from his years of service to his district and county, and our entire state. His quiet demeanor and understated humor hid a giant of the Legislature who was unafraid to go to the mat for his constituents and the values of equality, fairness, and opportunity he held deep within himself. During my time as Assembly speaker, Jerry served as my speaker pro tempore, my partner and confidant for four years. But, Jerry Green was more than my legislative colleague, he was my friend. His wife, Wanda, and everyone who loved Jerry are in my prayers today.”

“I am deeply saddened to hear of the passing of our great friend and colleague, Assembly Speaker Pro Tempore Jerry Green.

“Jerry Green was a giant of the Assembly. He loved public policy, always strove to help the least fortunate among us and took great joy in mentoring new members and staff. He was New Jersey’s leading expert on affordable housing, a problem he never stopped trying to solve.

“His keen insight and advice was sought by countless of his fellow Assembly members — with good reason. He was sharp when it came to politics and policy, a true leader and a model for all to emulate. His wit and sense of humor often helped lighten a long day, yet he took his job as serious as anyone. He never stopped trying to help others. He was tireless.

“Jerry Green was a true statesman, but also not one to back away when he had to fight for what’s right. He had everyone’s respect.

“It’s quite simply impossible to imagine the Assembly without Jerry Green. We will all miss our friend.

“On behalf of the New Jersey General Assembly, I send my thoughts and prayers to Speaker Pro Tempore Green’s family at this difficult time. We share in their mourning.”

“I am devastated to hear of the passing of my friend Jerry Green.

“Speaker Pro Tempore Green was a fixture of the Assembly. He was the leading advocate for affordable housing in our state, and an unwavering voice for the less fortunate. I often sought his advice, and he never let me down. Jerry was a partner in many a State House battle, but he was also my friend.

“I will miss him. I just can’t imagine anyone else sitting in that front row seat in the Assembly. His loss will be felt in many ways.

“When Jerry entered a room, he did so with a smile, a handshake and a hug, and when Jerry spoke, everyone listened. He commanded respect, but he was also a kind-hearted man who put everyone else first. He was a true leader.

“I send my condolences to Jerry’s family and join them in their prayers. Thanks, Jerry, for your friendship and your leadership.”

“I want to extend my heartfelt sympathies to Asm. Jerry Green’s wife Wanda & the Green family at this difficult time. He was a man who made a real difference as a tireless advocate for those most in need & whose work will have a lasting impact. I will forever value our friendship.”

“I am simply devastated to hear of the passing of my district mate, mentor and friend Jerry Green.

“During our time together in the Legislature, I learned so much from him. The lessons he taught me about policy, politics and the fundamental need to help those who are less fortunate will forever be invaluable to me.

“Jerry Green was a champion in the fight for affordable housing, not only for those in our district, but across the state as well. He worked tirelessly to help those who needed it, and I can only hope to emulate the vigor and passion he brought to the Assembly.

“I will miss fighting for the citizens of the 22nd Legislative District with Jerry at my side. I know I speak for so many of our constituents in saying that we lost a true leader in our community. It was an honor to work alongside him. I want to send my deepest condolences to the Green family.”