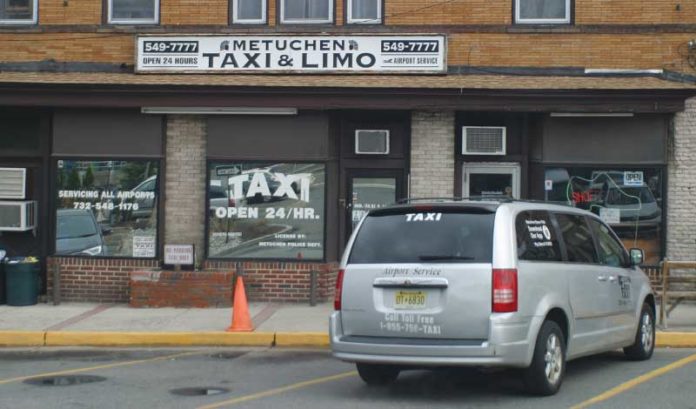 New Jersey credit unions that do loans for taxi licenses are facing increased scrutiny now these loans — once hailed as a comfortable niche — are seen to be imperiling organizations’ finances.

That’s because, with ride-hailing apps such as Uber prevailing in the market, taxi medallions — a fixture that represents a taxi driver’s permission to operate in a certain location — have gone from surefire million-dollar possessions to having a checkered pricing record. And a precipitous drop in prices has implications for those credit unions in the state that hold taxi-medallion loans.

The situation was bad enough that First Jersey Credit Union in Wayne closed earlier this year after it amassed millions of dollars in losses due to having these loans on its books. Federal regulators, following their decision to liquidate several other credit unions in the region for exposure to bottomed-out taxi medallion loans, had the local organization’s accounts transferred to a New York credit union.

David Frankil, CEO and president of the New Jersey Credit Union League, a trade association for the state’s credit unions, said everyone is carefully watching this evolving narrative.

“This region is ground zero for this type of lending,” Frankil said. “So, there are an awful lot of New Jersey credit unions that have exposure to these loans.”

Although banks can hold these loans as well, it’s particularly an issue for credit unions, because some were chartered specifically to bring together the many taxi drivers operating locally in a cooperative financial grouping.

It’s not clear that the industry impact is all said and done. As Arlene Bernard, interim CEO and chief financial officer of Xcel Federal Credit Union, explained: A credit union such as hers is still working through the repercussions.

“We’re certainly still weathering it, because we continue to have these loans on our books,” Bernard said. “It hurts, even though we didn’t have a large concentration of these loans at all — the overall percentage (in our credit union’s portfolio) is less than 1 percent. A lot of others have a larger concentration, which is definitely negatively impacting them.”

Besides only holding about a dozen medallion loans, Xcel Federal Credit Union lent to individual proprietors of taxicabs, not higher-value loans created for taxi companies. So, the credit union dodged a bullet — not that it saw it coming any better than other credit unions did.

“Looking at this a decade ago, you never figured taxis would be struggling in New York, or that new players such as Uber or Lyft would come into the mix,” Bernard said.

Andrew Jaeger, CEO and president of Ewing-based Credit Union of New Jersey, said this was a development no less surprising to him.

“Up until 2013, this was a loan that was seen as virtually risk-free, even if nothing is entirely risk-free,” he said.

In 2014, after a few years of expansion allowed ride-sharing apps to put serious pressure on taxi businesses in the area, a federal agency tasked with regulating, chartering and supervising credit unions released guidance that signaled these loans were considered risky. The National Credit Union Administration, as the agency is called, drew parallels to the loans that got financial institutions in trouble during the subprime mortgage crisis.

But Jaeger said the 2008 recession is what had a lot of credit unions looking at taxi medallions as a safe bet in the first place.

“Credit unions were experiencing difficulty with a lot of traditional loans in portfolios and so they were looking for other sources of relatively risk-free revenue,” he said. “It was a way of making loan portfolios more diverse and keeping dividends competitive in a time when risks were higher for mortgage loans and other unsecured loans.”

That’s why, after the housing crisis, Credit Union of New Jersey purchased some taxi medallion participation loans, meaning they were originated at other credit unions. But, like Xcel Federal Credit Union, the credit union isn’t holding a large amount of these loans as a percentage of its portfolio overall.

Even if this issue is causing problems for a wide swath of credit unions, taxi medallions are by design limited in the market. Local taxi authorities control the number of medallions by issuing them through periodic public auctions.

Auctions are the arena where parties are deciding the apparent value today — with the conclusion being that the loans are worth much less than the million-dollar price they once fetched. When the defunct First Jersey Credit Union had its taxi medallions auctioned earlier this year, the bids reportedly went up to only $185,000 per medallion.

“So, it seems that it has lost about 80 percent of its value in recent years,” Frankil said. “But, the irony is that, even though the value has gone down, these loans are mostly still performing. Regardless, regulators have taken an aggressive approach in requiring credit unions to treat them as assets that are challenged, as if the value has basically fallen to zero.”

The National Credit Union Administration recently ordered credit unions to increase loan loss reserves for the taxi-medallion loans being held by local institutions. Having to put aside resources for potential future losses is putting strain on capital reserves of credit unions, Frankil said. As a result, credit unions are not seeing the same annual returns that they had historically.

But Frankil was quick to note that he understands where the regulators are coming from in their caution about these now-volatile loans. In the end, he hopes it all amounts to a temporary setback for the state’s credit union market.

“Regulators have made sure that credit unions have felt the impact of this already,” he said.

“So that means most credit unions are already working through it. And we will come out the other side of it.”

Murphy on potential taxes: ‘Folks who have succeeded’ should help shrink...