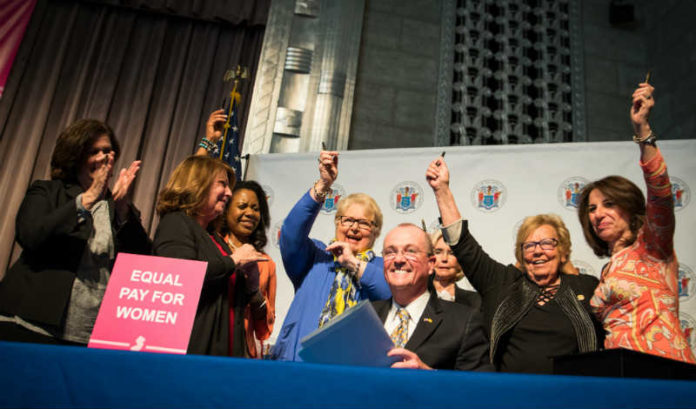 “Gov. Murphy is either amazingly astute or incredibly naïve.”

In the past weeks, I’ve asked a dozen or so top New Jersey business and political leaders to sum up the early efforts of Gov. Phil Murphy as he approached 100 days in office, which he celebrated Wednesday.

The quote above is perhaps the best.

It sums up an opinion of the governor that is not so much divided as it is confused.

Nearly everyone agrees the governor brings great energy to the office and truly believes what he preaches. And his demeanor and personality generally get good scores (granted, I didn’t speak with Senate President Steve Sweeney).

“I have to admit, I’m kind of charmed by him,” said someone who deals with him on a semiregular basis.

The days of any such charm offensive, however, are gone.

“He needs to stop campaigning and start governing” is a common refrain.

One person referred to Murphy’s recent event where he once again talked about making community college free for all — and once again failed to give any details on how he was going to pay for it.

“Where is the legislation on that?” someone asked. “Or a legislation agenda on anything?”

He also, another person pointed out, failed to take the temperature of the four-year colleges in the state.

“How many do you think are in favor of that?” someone asked.

It all goes back to the opening “astute vs naïve” comparison.

On the one hand, the governor brings no legislative experience — and has surrounded himself with few people who have it.

So, he’s playing a different game.

One where he’s still trying to appeal to the general public instead of working with the Legislature. He is governing by executive order and the signing of noteworthy bills.

And, while most seem to applaud his passion for fixing New Jersey Transit, support for women’s health and equal pay, and a desire to register more people to vote, most expected more in the first 100 days.

That’s where, perhaps, the naïvete comes in.

“You can’t tell him he didn’t think he would be farther along on legalizing cannabis by now,” one person said. “That’s his only real revenue raiser, and I’m not sure he’s going to get anything done on it anytime soon.”

The reason, most said, is because Murphy has allowed Sweeney to lead in Trenton.

“Sweeney is controlling the agenda,” one person said. “It’s as if he didn’t realize he would have to work with him — and didn’t realize having his attack dogs at the (New Jersey Education Association) go after him would cause him a problem later.”

Others said it’s a matter of the one-party rule, which most feel never works.

“(Gov. Chris) Christie and Sweeney got along because they had to get along,” one person said.

Solutions are harder to find.

Spending more time in Trenton — and with the legislators — would help, most said. But even that isn’t as easy as it sounds. Christie’s parting “gift,” renovations of the State House, means it’s harder for the governor’s people and the legislators to run into each other.

“You be amazed at how much can get done in a hallway,” one person said.

Making amends with Sweeney won’t be easy either.

One person offered this solution: Give first lady Tammy Murphy a title and more prominence.

Most feel she is a power, but one who has been working behind the scenes. Perhaps it’s time for her to be out front more.

Other say the governor has to develop a better love of the inner workings of government. Or at least a better appreciation.

Which takes us back to the opening line.