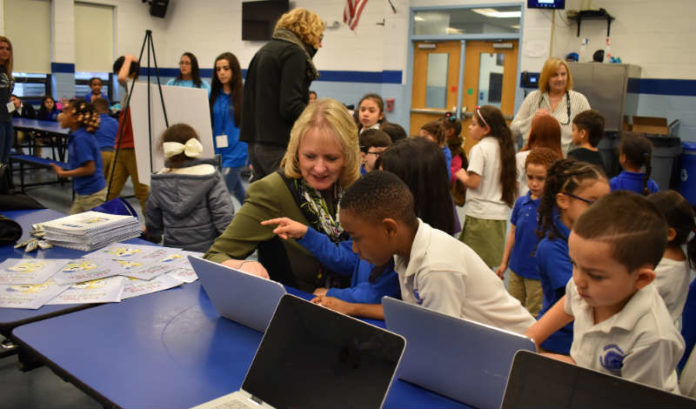 The Wayne-based bank, which has more than 230 branches in New Jersey, New York and beyond, said the donation was part of its new “Pop-Up Moments” program. The program is designed to surprise individuals and groups that make a difference in their community with a celebratory event.

“Providing access to technology is key to improving education and equipping students with the skills and resources they need to thrive in today’s digital society,” Robert Bardusch, Valley’s executive vice president and chief operating officer, said in a prepared statement.

The Prospect Park school’s program is a joint venture between the school district and the Wayne Unit of the Boys & Girls Club of Northwest New Jersey. The computers will support staff curriculum needs.

“When we spoke to the Wayne Boys & Girls Club, they expressed a need to address their digital resources,” Bardusch said. “We feel that, by donating these computers, we can help make a meaningful difference in the lives of these students.”

Food & Hospitality
Eric Strauss -
May 14, 2021
J&J Snack Foods, the Pennsauken-based food company behind brands including Superpretzel and Icee, has promoted its president to CEO, replacing its founder — who...

Real Estate
ROI-NJ Staff -
May 14, 2021
A tattoo parlor and a restaurant have signed retail leases at a complex in Washington Township, according to real estate firm Vantage Commercial. The Cherry...