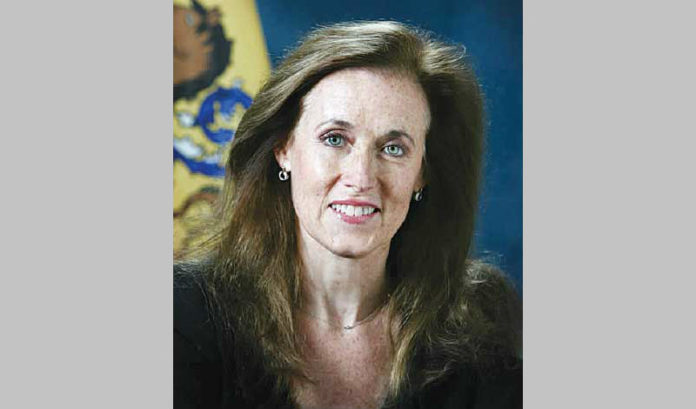 Regina Egea wasn’t surprised when she heard about the op-ed in Thursday’s Wall Street Journal, one that predicted huge problems for high-tax states such as New York and California — and, of course, New Jersey.

The authors, Arthur B. Laffer and Stephen Moore, wrote the following:

“Now that the SALT subsidy is gone, how bad will it get for high-tax blue states? Very bad. We estimate, based on the historical relationship between tax rates and migration patterns, that both California and New York will lose on net about 800,000 residents over the next three years — roughly twice the number that left from 2014-16. Our calculations suggest that Connecticut, New Jersey and Minnesota combined will hemorrhage another roughly 500,000 people in the same period.”

Egea, the former chief of staff for Gov. Chris Christie who founded Garden State Initiative, a nonpartisan think tank on taxes and economic development, said the idea should not be a surprise.

“This is a storm that’s been brewing for a long time, and it’s moving from our flank to directly between our eyes,” she said.

“We can reduce government spending while improving services to our residents and businesses — we just have to want to do it. We need to do that before there is no one left to tax.”

Egea said she feels Gov. Phil Murphy’s moves are as much about inexperience as ideology.

“He has a lack of experience in public governing, and it’s showing,” she said. “(Governing) is really hard to do. It’s dangerous for us.

“As I said when I started GSI, the decisions that are going to be made over the next two to four years are so important in terms of how our economy is going to go and our property values and our business vibrancy.”

Egea and others will discuss the issue at GSI’s Economic Policy Forum from 8:30 to 11:30 a.m. May 2 at the Hyatt Regency in New Brunswick.

Moore and James Wetzler will discuss taxes and what it will take to spur growth in New Jersey. They will be joined by experts on New Jersey’s tax and pension issues: Tom Byrne, state Sen. Steve Oroho (R-Sparta) and Assembly Majority Leader Lou Greenwald (D-Voorhees).

There is no charge to attend. Egea said she just wants to start a discussion.

“I hope our event next week is the beginning of a collaborative discussion about what our options are,” she said. “And it’s not about Democrats and Republicans, it’s about how do you improve our economy and recognizing that raising taxes is not the sole solution to what we need?

“We have to come up with ways to reduce spending and improve services — and we need help from the private sector.”

Egea hopes the event will have a nonpartisan tone, pointing to makeup of the panelists.

Moore is the Distinguished Visiting Fellow, Project for Economic Growth, at The Heritage Foundation.

He formerly wrote on the economy and public policy for The Wall Street Journal. During the 2016 presidential campaign, he served as senior economic adviser to Trump and helped draft early versions of the Trump tax plan. He is currently a senior economics analyst at CNN and author of “Fueling Freedom: Exposing the Mad War on Energy.”

Wetzler, a former director at Deloitte Tax LLP in New York City, served as the chief economist to the Joint Committee on Taxation in Washington, D.C., and has been New York’s commissioner of taxation and finance.

Byrne is the managing director and head of equity portfolio management at Byrne Asset Management, which he founded in 1998. He was chairman of the New Jersey State Investment Council, which oversees the investment of public pension fund assets. He served as a member of the Pension and Health Benefit Study Commission and is a graduate of Princeton University.

Oroho is currently in his third term as a state senator, representing the northwestern part of New Jersey. He sits on three Senate committees: Economic Growth; Budget and Appropriations; and State Government, Wagering, Tourism and Historic Preservation. He is a certified financial planner with Stonebridge Capital Management.

Greenwald is the majority leader in the General Assembly. He was first elected to the Assembly in 1996, representing the 6th District in Burlington and Camden counties. He was chairman of the Assembly Budget Committee from 2002-11 and is currently a member of the Legislative Services Committee. A graduate of Seton Hall Law School, he is an attorney.

The event will be moderated by Deborah Kostroun, a former Wall Street reporter for Bloomberg Television. She is the managing director of Zito Partners, a leading communications firm. In her 13 years with Bloomberg, she reported from the trading floor of the New York Stock Exchange and covered major financial stories, including the Great Recession and bankruptcy of Lehman Bros.