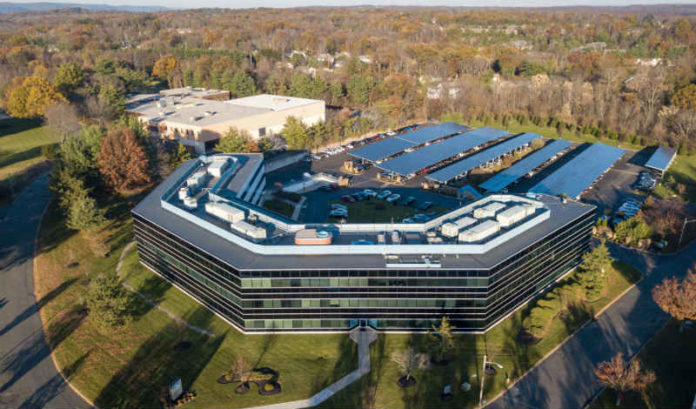 Konica Minolta will house its 474 Ramsey employees in the campus, with the ability to accommodate another 400 employees. In addition to current Williams Drive workers, the company plans to relocate its Windsor, Connecticut, operations to the campus.

(READ MORE from ROI-NJ on Konica Minolta’s changes and why it is making them.)

“This series of calculated moves paves the way for Konica Minolta to create an exciting, modern work environment while gaining efficiencies and accommodating future growth, all while remaining in place,” Baumenstein said.

The company had previously announced the consolidation plans in December, after receiving a $29 million Grow New Jersey grant from the state Economic Development Authority.

Baumenstein and Marc Graham of C&W’s East Rutherford office are national real estate advisers for Konica Minolta. They represented the company in the 133 Williams purchase, while Dan Foley of Savills Studley was broker for the seller.

They then teamed with sale/leaseback specialists Ben Cooper and Peyton Horn to broker the 133 Williams and 100 Williams sale.