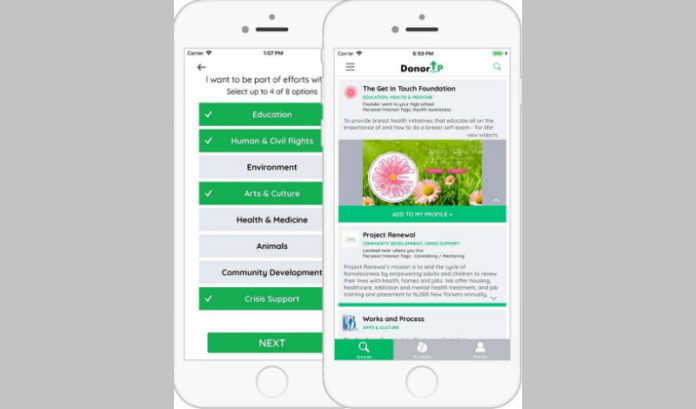 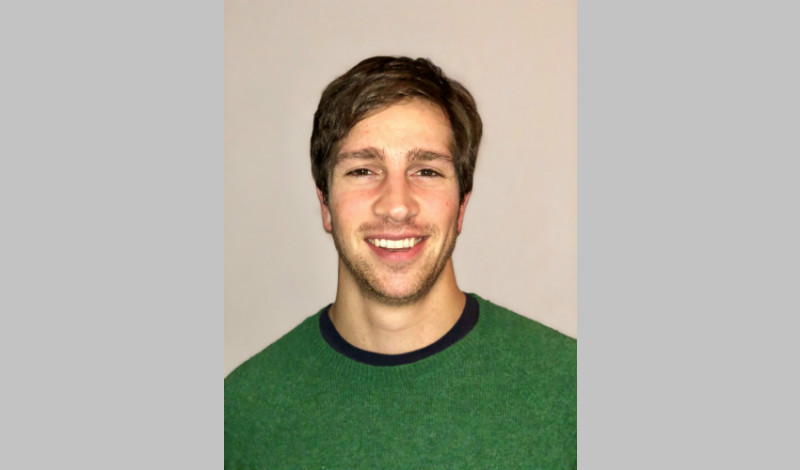 Allan Amico said he would like to give back to more philanthropic causes than he currently does.

As founder and CEO of DonorUp, the first mobile application designed to connect donors of all budgets with nonprofits that match their interests and values, Amico said he now feels more empowered to do so.

“Something as personalized as the application we have created gets me thinking about all of the different ways to connect with and easily donate to nonprofits I may never even have heard of before,” Amico said. “We are heavily oriented around cultivating a user experience for our donors, which in turn, will help nonprofits everywhere.”

Including in New Jersey.

With DonorUp currently registering nonprofits for free ahead of its launch this year, Amico said he hopes the New Jersey nonprofit community will help him help them.

“The app is ready to go, but we want at least 100 or so nonprofits on board prior to launch,” he said.

Though the Princeton University graduate currently resides in New York City, he believes DonorUp will be of use to all nonprofits nationwide.

“This all started back in August 2015, when my brother, Mike, was speaking with a friend who ran a small, nonprofit music festival in Alaska,” Amico said. “He said he was having trouble raising money from the same people year after year to put on the event.”

At the same time, Amico added, there was a rise in crowdfunding platforms such as Kickstarter, IndieGoGo and GoFundMe, that were raising money for individuals and causes such as natural disaster relief, medical expenses, research and more, but weren’t necessarily focusing on 501(c)(3) organizations.

“While a few such as Crowdrise, Classy and Network for Good focused mostly on one-off donations and crisis-driven support, they didn’t necessarily help to supply nonprofits and foundations with recurring support, or to create relationships with donors,” Amico said. “We wanted to create a better user experience that would easily create and maintain donor relationships with nonprofits based on donor backgrounds, interests and budgets.”

To make his concept a reality, Amico teamed up with a number of investors, including two from New Jersey; three employees; and three friends, including fellow Princeton University graduate Vaidhy Murti, the company’s chief technology officer who lives and works near Marlboro.

“Like a monthly subscription service such as Spotify or Netflix, I wanted to create a way to donate that I wouldn’t necessarily have to think too much about with every paycheck,” Amico said.

That is a common trait among millennial philanthropists, Amico said.

According to data compiled by Amico, 37 percent of all millennial donors in 2017 used their mobile device to give a gift online, and millennials accounted for over $30 billion of the overall $280 billion market for individual donations.

“The average individual also gives up to five or six organizations over the course of a year, which can mean a lot of unsolicited mail or email,” Amico said.

DonorUp therefore is a multifaceted mobile application with the common goal of simplifying and streamlining individual donations.

First, donors can manage and give to all their causes with recurring or one-time gifts of any amount.

“You can set up a budget and give a certain amount a month in total, or to just one organization,” Amico said. “Then, what DonorUp does is aggregate all of your donations over the course of a year into one central area that is easier to keep track of.”

By consolidating this information in one place, DonorUp therefore gives donors a better idea of the impact they are having on the world, Amico said.

“That would be very powerful for individuals to think about,” he said.

It also makes it easier for donors to organize and tax-itemize their charitable giving, he added.

Furthermore, DonorUp goes the extra step and actually matches donors with nonprofit missions based on their backgrounds and interests, Amico said, resulting in personalized connections and relationships with nonprofits that create and continuously refine one’s philanthropic imprint on the world.

“DonorUp is a unique opportunity to bring technology to the forefront for nonprofits and philanthropic causes, which are not often industries known for using technology to its full capabilities,” Amico said.

Currently available for download on the Apple App Store, donors may sign up for free, while nonprofits are required to pay a 5 percent transaction fee on donations.

“As an acquisition tool for new donors, DonorUp is very low-cost to nonprofits, and is in line with all other donation processing platforms,” Amico said.

However, when the app launches later this year, that fee will for a short time drop down to zero percent.

“This is definitely a tool that I would use, as someone who is not necessarily in the position to give tons of money away, to reach out, discover and connect with nonprofits,” Amico said. “It will help me as an individual be more engaged and active in assisting organizations that do great work in my fields of interest.”

OwnBackup grows into Indian market through acquisition of Calif. company