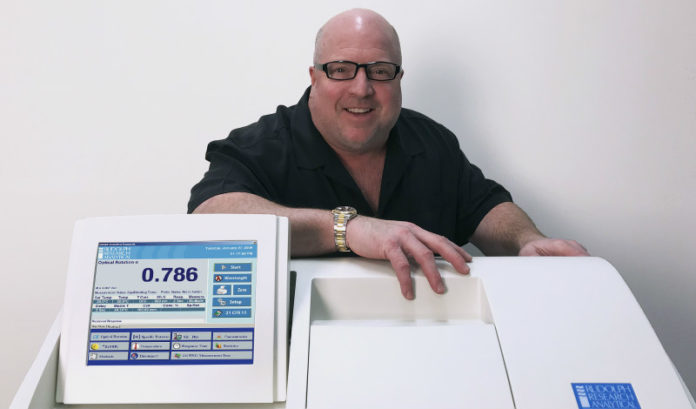 The second-generation owner of a maker of analytical instrumentation is being honored Tuesday as the Small Business Administration’s 2018 New Jersey Small Business Person of the Year.

Richard Spanier, co-founder of Rudolph Research Analytical, will be honored at a ceremony at the company’s office in Washington Township, Morris County.

“Today is about celebrating small business and shining that spotlight on small companies like Rudolph Research Analytical that contribute so much to our local and national economy,” Al Titone, the SBA’s New Jersey district director, said in a prepared statement. “Richard Spanier is to be commended for his vision and his drive that has created 75 jobs and is exporting products around the world; products that are made right here in New Jersey.”

When Rudolph Technologies, Spanier’s father’s semiconductor company, was sold to private equity in 1996, the two spun off the product group that eventually became Rudolph Research Analytical. Spanier had led the group for the last three of his nine years there.

“It was my experience at Rudolph Research Technologies that helped me to transition from employee to small business owner,” he said in a statement. “The immediate challenge for me was going from an established company to a startup situation. I went from the employee who was receiving a steady paycheck to the entrepreneur who was responsible for writing the paychecks.”

Over the past 22 years, Spanier has grown the company to 75 employees and $14 million in sales to companies around the world. The company currently manufacturers products including refractometers, density meters, polarimeters and more.

“Without the export component, Rudolph would be a significantly smaller company, and with fewer employees,” he said.

Spanier was nominated for the award by Fulton Bank, and was chosen based on criteria that included staying power, growth in number of employees, increase in sales, financial strength of the company and more.

Rebecca Fyffe, owner and director of research for Illinois-based Landmark Pest Management, was named the SBA’s 2018 National Small Business Person of the Year.

Bed Bath & Beyond continuing transformation with massive push into ‘Owned...