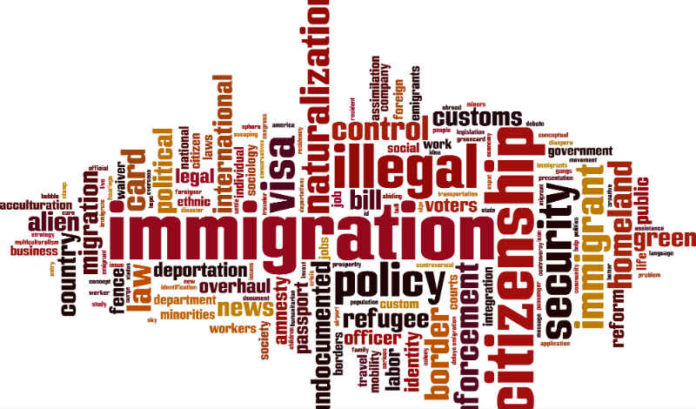 “If the administration wants to take one step, we are ready to take two,” said Yogesh Thakur, an H4 visa holder and resident of Vineland.

Indians, he said, are ready to play ball with President Donald Trump’s administration if it means saving their jobs and houses.

Thakur is one of few men in the U.S. on an H4 visa — a dependent on a spouse with an H1-B visa for a highly skilled job.

Increasing attention has been drawn to H4 holders nationally, because of the backlog of approved green cards in the country, especially for Indians.

Just this past weekend, a GC Reforms held a rally on the steps of the State House in Trenton to support H4 workers.

The issue is one that is producing more activists from the Indian community. The problem starts with the backlog of H1-B visas — which have faced their own battle, as some believe the system has been exploited by major corporations to hire highly-skilled workers from India for lower salaries.

While immigrants from other countries have wait times of one to six years for green cards, the 1.5 million Indians in the queue are going to be waiting 70 years.

Which means some applicants could be dead by the time it’s their turn.

The backlog is due to a cap imposed on the number of green cards issued — regardless of how many applications are approved.

And the wait for green cards applies to H1-B holders’ dependents and children, all of whom are on the H4 visa. Similar to the plight of DACA children, the H4 children often only ever know the U.S. as their home.

But even with an approved green card application, nothing changes.

“Our status is not changed,” Thakur said. “Our demand, or request, is that they remove the backlog. And the cap on countries.”

This is his first time getting politically involved — and the Indian community at large is getting more vocal on the issue.

And it understands there needs to be something in it for the government.

At rallies in February and April in D.C., Indians and Indian-Americans have touted their spending power and ability to negotiate with the administration.

This includes a willingness to pay extra fees to expedite their applications.

“We are ready to pay money up front if they are clearing the backlog so it can be used for anything the government wants,” Thakur said. “They can use it for the border, for DACA kids, for infrastructure. They will get so much money.”

That’s because Indians are among the highest earners in the country, with a median income of more than $100,000, according to a U.S. Census Bureau report last May.

And that goes for some H4 visa holders, as well, especially as the Trump administration considers repealing their right to work — a provision added in 2015 by the Obama administration.

That added provision was a boon for individuals like Thakur, who spent almost a decade in the country relying on just his wife’s income as an occupational therapist.

“I had a flourishing career in pharmaceutical marketing in (Mumbai). I was at a regional manager’s position when we got married in 1996,” he said. “To come to a small town in Ohio from a city like Bombay was a drastic change. And, on top of that I couldn’t work. We had our fights, I would tell her, ‘Why did you bring me here, you ruined my life.’ But then I got over it. We moved to Chicago and I started liking it. I was able to spend time with my daughter.”

He now has a daughter and a son. His son is an H4 visa holder, and hasn’t set foot in India in nine years, since he was 2 years old. Despite only ever knowing the U.S., and identifying as an American, he will have to apply for a student visa once he graduates high school to attend college. And, after that, he will have to apply for an H1-B visa or else get sent back to India.

Thakur said the community is very willing to work with the administration.

“If (H4 visa holders) make money, they will contribute to the economy by paying taxes, and the purchasing power of the family will go up, so they will be more likely to spend more money,” Thakur said. “We buy houses, we buy cars. We have (great) spending power.”