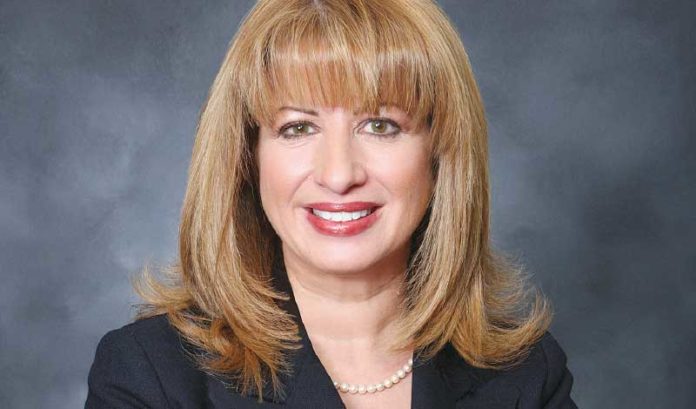 New Jersey’s fast-growing Hispanic population hasn’t had a fast-growing number of wooers in the banking industry.

Even as the number of unbanked individuals — those without any financial accounts — has shrunk over the past decade, Hispanic households are still disproportionately disengaged from banking, according to a recent FDIC survey.

Just look for evidence in Garden State cities with high Hispanic populations, such as Paterson. It’s there and other cities that North Jersey Federal Credit Union, run by Lourdes Cortez, found a dearth of banking options tailored for Hispanic individuals.

“We’ve been serving a population that had been neglected by financial institutions for many, many years,” Cortez said. “It’s only now that some larger financial institutions are realizing that the Hispanic community is growing tremendously and, through studies that they’ve done, they’re finding out for themselves the buying power these individuals have.”

Credit unions are taking the initiative on this, not least because the institutions aren’t typically challenged by familiarity with the concept of credit unions.

Cortez, who serves as CEO and president of her credit union, explained that people from certain parts of Central or South America likely already have a history with “cooperativa” systems, or state-insured credit unions.

“But some experiences have been good, and some terribly bad, unfortunately,” she said. “That’s why it’s difficult — all these trust issues that come from the corruption they might have seen in their own countries. … You have to truly build that trust, and that’s something that doesn’t happen overnight.”

Cortez speculated that, in some cases, trust issues also creep in, with concern about the potential trouble with immigration authorities that could be brought by credit unions’ need to answer to federal regulators.

These misgivings have fed into some of the industry’s own apprehensions about specific efforts to do outreach to this community.

“We have found that, ever since we decided to focus on that market, there were some other credit unions that for various reasons (expressed skepticism) that it’s a profitable undertaking,” Cortez said. “And it’s not easy to go after this market. But it’s very profitable if you do it right.”

Some have seen that from the start — Garden Savings Federal Credit Union being one of them.

Michael Powers, chief sales officer at the credit union, said two of the institution’s four branches are set in areas with large Hispanic populations. A branch the credit union acquired in Newark’s Ironbound neighborhood offered opportunities to connect with the local Portuguese and Brazilian communities, while a branch in Dover opened doors to a robust Colombian community.

“We’re very cognizant of the fact that that is the primary makeup of those areas,” Powers said. “So, employees staffed there are primarily bilingual — up to 90 percent are — to handle the needs of members there.”

The credit union also participates in networking events that bring it closer to the local Hispanic communities, as well as pairing up with nonprofit organizations to give back and further endear the credit union to those communities.

“We recognize that the demographics of New Jersey in general are changing,” Powers said. “It becomes incumbent on us to roll with those changes. We have to serve the needs of those individuals in areas that have been underbanked for whatever reason.”

Along with many other investments, credit unions such as Garden Savings Federal and North Jersey Federal have had to revamp their websites to make them accessible in other languages. Additionally, connecting to these communities in the first place requires specific advertising materials offered by community-tied, niche marketing firms.

“We’ve found that you really need to use agencies that are very familiar with that market, because it’s a total different beast when you look at marketing,” Cortez said. “Our credit union consisted primarily of educators, and that’s a totally different marketing strategy. This is a very profitable market to go after though, because, as everyone recognizes from the statistics, that’s the population that’s growing rapidly here.”

Cortez, herself a Latina, is one of the few that has taken a top leadership post at a local credit union. She runs an institution that was originated as Teacher’s Credit Union more than 75 years ago.

Since then, it has taken on the status of a full-service community credit union, and in the process was recognized for its outreach to the Hispanic community. It was the first credit union in New Jersey to earn a designation referred to as “Juntos Avanzamos,” or “Together We Advance.”

“And we did lots of due diligence on these loans — going and studying other credit unions in the state and out of state — to determine things like what the delinquency ratio was, and it’s almost zero,” Cortez said. “That, to me, was very impressive.”

North Jersey Federal also has developed products, such as a credit building program, to help individuals secure loans. Especially important for this community, she said, are the bilingual education programs it offers on budgeting and putting together business plans.

“Because a lot of Hispanic communities are full of entrepreneurs, individuals in these communities like to open their own businesses,” she said. “We can offer a way of learning more about it first. And we hope it makes a difference in those communities, too.”

“One told of a situation of a 15-year-old who got shot in Newark and was a paraplegic,” she said. “He got caught in a gang shooting and nobody would finance a special van the mom needed to transport him to and from school, except us.”

After doing the financing, the teen was able to graduate and continue on with his education, Cortez said.

“Those are stories that we don’t talk about enough as credit unions — the lives we touch,” she said. “We just don’t have the deep marketing dollars to go out there and put commercials out there and do advertisements. But, as an industry, we’re starting to do more of that.”

David Frankil, CEO and president of the New Jersey Credit Union League, agrees wholeheartedly. He spoke of two related initiatives the statewide trade association is embarking on — one directly related, and one tangentially.

The first is an advertising campaign that is expected to spread the word better to Garden State residents about what credit unions do. The other is a collaborative that would enhance credit unions’ ability to do business lending through an outsourced lending program. It’s in development, but the organization plans to unveil it within about a month.

“There’s still a gap in the state in terms of financing,” he said. “Our mantra is ‘People helping people.’ Credit unions have always focused on underserved communities, and now we’re bringing that same philosophy to business lending as well.”

Although many questions remain as pandemic continues, banks are still seeing...