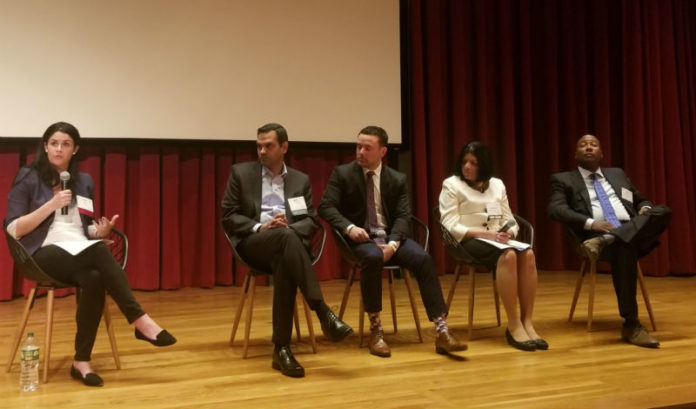 Automation is increasingly prevalent in many industries, but the doomsday scenario of entire sectors disappearing is not a reality.

Health care providers will need to adapt to the new technologies — a heavy lift for an industry known for being behind the curve in this particular area — and will need to simultaneously focus on driving down the cost of health care in the country.

Joe Wilkins, senior vice president and chief transformation officer at Atlantic Health System, said the hospitals have to remain cognizant of their roles as employers.

He spoke on a panel hosted by the New Jersey Tech Council on Wednesday at BellWorks.

“We — health systems, hospitals — happen to be the largest employers in most communities. We have to be really thoughtful about, how do we become affordable in health care, we have to bend down our cost curve, when 70 percent of our cost is people,” Wilkins said. “We need to automate (some) processes and need the technology to do that in our back offices, but we need whole different skill sets.”

Susan Vitale, chief marketing officer at iCIMS, who moderated the panel, said recent reports have shown that STEM hiring in 2018 has actually gone down, giving rise to the need for more soft skills that will creatively put to use the technology and data from automated systems.

Wilkins said the labor shortage issue is one the hospital is familiar with, harking back to the days of nurse shortages, and today with the pending doctor shortage.

“We see the increase in administrative roles, the back office roles, in health care labor, and a decrease in actual doctors and nurses and people who actually give care. So, we’ve got to figure it out and it’s quite a challenge,” he said.

“As AI takes a hold, analytical skills, even at the lower levels, will be important. It’s not just pushing buttons,” she said. “We’ve got to make that change from being just a transactional-based system to being a highly sophisticated system.”

Sastry Chilukuri, a partner at McKinsey & Co., said that, although many companies are focused on buzzwords like digital transformation, it’s imperative to differentiate between transformation and simply digitization.

An example is that the yellow cabs of New York City have an app, but that isn’t the same as an entirely transformational system like ride-sharing services Uber or Lyft.

And going beyond the use of technology from vendors and looking internally to maximize the use of the talent in-house.

That has led to a number of hospitals in the state launching innovation centers or programs, which serves as a new revenue stream to the hospitals as well as additional source for the employees who can get royalties for whatever is commercialized.

That is the blueprint at Atlantic Health, Wilkins said.

“Often, we don’t look at our own people who are the front line,” he said. “So far, our nurses and doctors have been on board and we have seen a cultural shift towards being innovative and thinking about how we transform.”