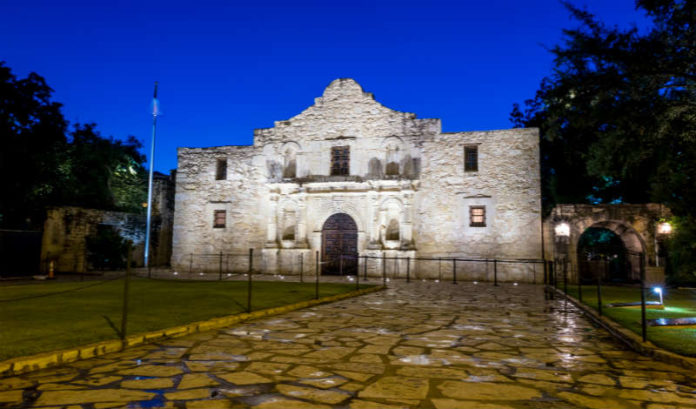 The election of a progressive governor intent on raising taxes seems to have some people thinking New Jersey is easy pickings.

Indiana is putting billboards on our highways in an attempt to lure New Jersey companies to the Hoosier State. And Texas Gov. Greg Abbott recently wrote a biting column for The Star-Ledger urging New Jersey residents to move to his state. “In Texas, we’re focused on lowering taxes, not raising them,” Abbott wrote.

We get it. Gov. Phil Murphy’s proposed $1.5 billion in tax increases does worry us. And Texas, we suppose, has some appeal — it does have a powerful economy.

Indiana is convinced it is hot stuff, too. But it is still … well, Indiana? You want to be called a “Hoosier”?

So, don’t do it, New Jerseyans. Don’t buy this “(prairie) grass is greener” argument. You wouldn’t feel at home in either place.

As Murphy said in a deft counterpunch to Abbott in Texas newspapers, New Jersey has better schools, more residents with college degrees, less violence, better health care, a fairer taxation system and a median household income $15,000 higher than in Texas.

Yes, it is expensive to live here and do business here. And, yes, for every step forward the state takes toward fiscal sanity, it seems to take another step backward. Senate President Steve Sweeney (D-West Deptford) is a good example. One day, he is the voice of reason, calling for spending cuts and a wholesale revamping of the state’s tax structure, and the next day he is proposing a new $1 billion in borrowing to expand vocational schools and improve school security. A billion here and a billion there in increased debt, and before you know it, you are drowning in it.

But Murphy — who calls himself a “pro-growth progressive” — is convinced that man does not live by tax policy alone. His plan is that things like free community college, fully funded schools, tough gun laws, pay equity between men and women, and a commitment to renewable energy can make the state a place where residents and businesses will find good value for the money.

His plan deserves a chance. Besides, Texas has both hurricanes and tornadoes — think about that.

Plus, we think the truth, albeit rarely voiced, is that people love living in New Jersey, even if they do simultaneously love complaining about it.

Sure, you could move to Texas. New Jerseyans and Texans both have outsized egos. But people from New Jersey look funny in cowboy hats. We’re more ballcap-on-backward people — a look even the new governor sports now and then.

And cowboy boots? Don’t get us started. We suppose they provide some protection against snakes. But they sure aren’t comfortable.

We’re not quite sure how we feel about Allbirds, the trendy wool sneakers that Murphy and his family seem to love. But they do look more comfortable than cowboy boots.

And comfortable is not what any true New Jerseyan could ever be in Texas or Indiana.

Ten steps to a billion-dollar marketplace for cannabis