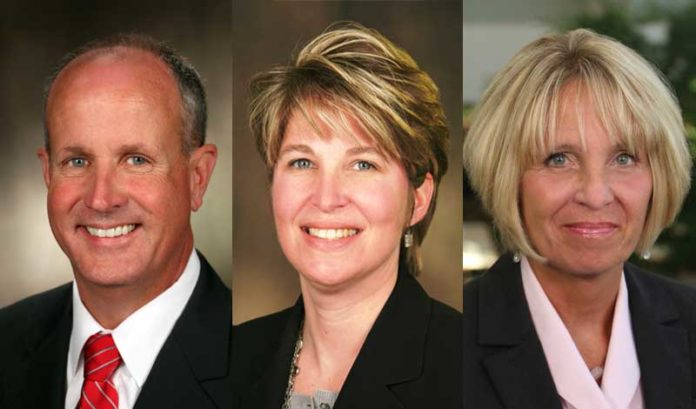 Mitch Livingston has formally assumed the reins at NJM Insurance Group, as the board of directors approved his promotion to CEO and president at its recent meeting.

Livingston, who had been the West Trenton-based insurer’s chief operating officer and general counsel, was named in January to succeed longtime CEO Bernie Flynn, who retired effective April 27.

Livingston, the ninth CEO in the company’s 104-year history, told ROI-NJ in a March interview that his promotion was part of a well-thought-out internal succession plan.

“Bernie’s a planner,” Livingston said in the interview. “His intent from Day One was to make it work smoothly. People were talking about it, people saw it coming. I became the chief operating officer last year, so everybody knew I was the successor; the question became when.

“I can’t say enough about Bernie. He feels very strongly about this company, as most people here do. His concern is to make it successful after he leaves, and he was very accommodating to make sure I was in every meeting and every conversation that ultimately would affect our future.”

In addition to Livingston’s ascension to CEO, the board announced the promotion of Carol Voorhees, a vice president, to the new post of senior vice president and chief information officer. She joined NJM in 1996 and was promoted to vice president in 2017.

“Carol’s ability to think at an enterprise-wide level and understand the dynamic relationship between technology and customer expectations makes her the obvious choice to become our first-ever chief information officer,” Livingston said in a statement. “As CIO, she will take a leadership role in advancing our core value of continuously improving the customer experience.”

(READ MORE from ROI-NJ on Livingston and Flynn, plus our interview with Livingston.)

Finally, Tracy McManimon, senior vice president and chief underwriting officer, was elected to the board of directors. She has been with NJM since 1986, and was promoted to her current role in 2017.

“Tracy has been instrumental in ensuring NJM’s continued expansion in the hypercompetitive marketplace of the past 15 years, while helping to maintain our commitment to the highest levels of policyholder service,” Livingston said. “Her vision, experience and leadership will bring great value to the important role our board plays in ensuring the company’s long-term success.”

Both Voorhees and McManimon are members of NJM’s executive leadership team, responsible for leading the company’s strategic planning efforts.

Show & Tell: Ashley Koning talks about how New Jerseyans were...