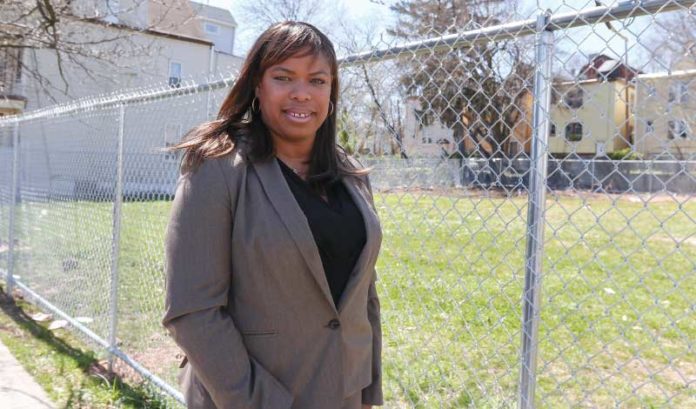 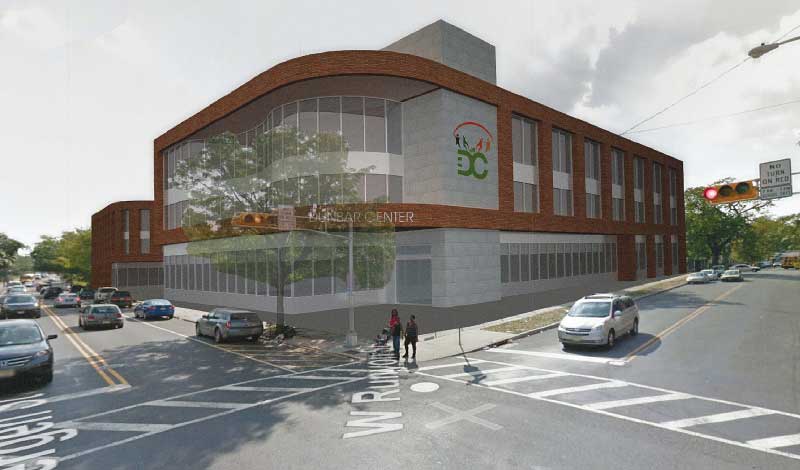 A rendering of the Dunbar Center by Joshua Zinder Architecture and Design. – JZA+D

Tammeisha Smith sees herself as a social entrepreneur, meaning she comes to startups from the perspective of identifying social problems and wanting to correct them.

But it was a time when she knew nothing about the problem, never mind a way to correct it, that inspired her entry into entrepreneurship.

That was when her brother, in his 30s, told her he was suffering from kidney issues and needed to go on dialysis immediately. She was at a loss for words.

“I had to educate myself as much as possible so that, when my brother talked to me, I could know how to have an intelligent conversation or how I could even just listen and understand what he was going through,” she said. “And I wanted to do something about it, too. I told my brother, ‘Listen, you can’t be a victim. What are we going to do?’”

The driven entrepreneur’s answer was to plan for what would morph into a $33 million dialysis and overall wellness facility in Newark called the Dunbar Center. Smith went from having no idea how to respond to the diagnosis of her brother — the namesake Steven Dunbar, who will serve as the center’s vice president of community and patient education — to laying the groundwork for the largest dialysis facility in the region.

While doing homework on the underlying causes of renal failure, the health care insurance industry veteran became an advocate in the dialysis patient space. It wasn’t a small effort either; her advocacy took her as far as being appointed to an advisory role at the Department of Health’s Office of Minority and Multicultural Health under former Gov. Chris Christie.

Smith connected with other health care industry leaders, whom she spoke to about the alarming statistics coming out of urban communities — with numbers all pointing to a rise in young individuals from these areas suffering kidney issues due to high blood pressure and diabetes.

“In urban communities, it’s truly kidney failure and kidney disease that has become an epidemic,” she said. “Seventy percent of new dialysis patients in urban communities have a diagnosis of high blood pressure, diabetes or both, due to a variety of reasons. It’s troubling.”

Those underlying causes, and the need to confront them, led Smith to shift her focus away from creating a facility strictly for dialysis treatment, as she initially envisioned. The Dunbar Center soon after its inception became a plan for a comprehensive health and wellness center, replete with space for endocrinologists, cardiologists, podiatrists and other medical experts that interact with dialysis patients.

The facility is slated to be about 78,000 square feet in total, with 22,000 square feet dedicated to dialysis. It will feature an urgent care center and a lab, and it has commitments from a primary care tenant as well.

“It’s all there because I wanted to make sure that we had services available to bring family members in to see if they’re also predisposed to kidney disease,” Smith said. “Especially with children coming up with Type 2 diabetes, they’re already future candidates for kidney failure. This is about the service of not just people on dialysis machines, but preventing other generations in the family from following on the same path.”

To make the sort of impact Smith pictures for Newark and surrounding communities, the Dunbar Center’s dialysis component will do something no other treatment center for these patients has done in the area: remain open all hours, all year long.

“Most facilities are just Monday through Friday, and maybe start at like 5 a.m. and definitely close by 5 p.m.,” Smith said. “But we know there are many people still strong enough to be able to work a full-time job and earn their living wage, but, unfortunately, they don’t have a facility to accommodate their schedule.”

Despite the epidemic-level proportions of illness requiring dialysis in a city like Newark, there are only four clinics — all filled to capacity, Smith said. She cited figures that indicated more than 1,000 patients are regularly leaving the city to access care, a number that grows each month.

The Dunbar Center will have at least 30 stations for dialysis and several nocturnal-use rooms. As of February, the property got its final approval through the city’s planning process. A groundbreaking will be held in May, timed with a mayoral election.

The building would then undergo a 16-month construction in South Ward’s Bergen Street corridor. That commercial neighborhood is central in Mayor Ras Baraka’s ongoing redevelopment initiative, which Smith is pleased that her passion project is also a part of.

“Even just the dialysis piece of this is bringing in 170 jobs — something that’s more than needed in the community we’re in,” Smith said. “In addition to that, it’s a business providing revenues to the city. It’s nothing like Amazon, but this is still a big economic opportunity and a boost for Newark.”